Over 4 days of Day 1 play, 7,319 poker players anted up and took their shot at becoming this year’s 2010 World Series of Poker Main Event Champion. With the amount of registered players increasing on each of the 4 Day 1s, from about 1,100 to over 2,400, the 7,300+-player field comprises the 2nd-largest live poker tournament ever held (only the 2006 Main Event field was larger). 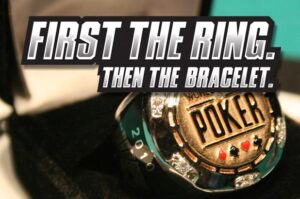 In this 41st annual Main Event, the total prize pool is approximately $70,000,000, with the winner receiving almost $9 million for his or her efforts. Participants came from 117 countries to try their hand against fellow amateurs and pros.

With so much action taking place, it’s literally impossible to give a detailed picture of exactly what went on at the tables. When the dust settled on each of the 4 Day 1s, there were survivors who lived to play another day of poker, while others were eliminated and left to dream about winning it all in 2011. About 5,000 players remained and headed into Day 2 of poker play.

Notable survivors include (in alphabetical order by first name):

Notable eliminations include (in alphabetical order by first name):