Why Landon Tice is Solve For Why’s Biggest Acquisition Ever

The Solve For Why Academy dropped something big in the way of game-changing announcements earlier this month. The poker training academy introduced its newest coach on April 2, bringing in one of poker’s brightest rising stars.

22-year-old poker phenom Landon Tice became the latest addition to the Solve For Why team, and his presence brings incredible value to the academy’s students. Tice rocketed through the cash game stakes ladder over the past year and now plays high stakes No-Limit Hold’em both live and online. 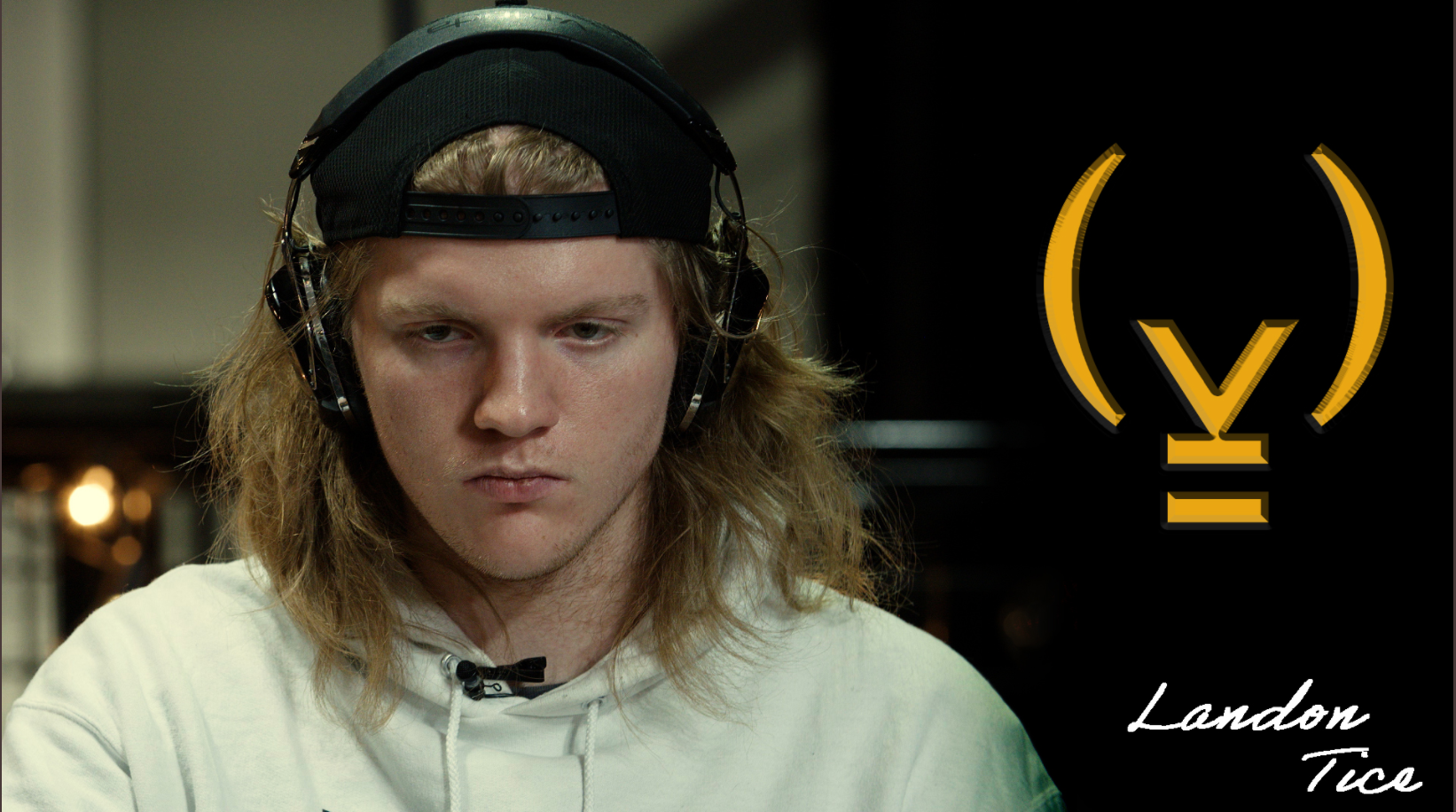 Tice’s followers on Twitch receive regular insights on his high-level cash game acumen. His keen understanding of solver-based poker strategy makes Tice the perfect addition to the Solve For Why team in 2021.

Known as “The Child of the Sim” in the poker community, Tice now brings his highly tuned, modern approach to poker to the Solve For Why team.

“My goals are to provide as much value as I possibly can, as well as be a positive representation of the next generation of up-and-coming poker players,” Tice told Cardplayer Lifestyle via email.

Tice’s first Solve For Why materials hit the public on April 10, in the form of a Monotone Flops Mastermind course. The course debuted as the first of what Solve For Why students hope are many more teaching sessions to come from Tice.

“I think we’ll lean heavily into what Landon does best, which is database analysis and solver work,” said Solve For Why founder Matt Berkey. “That’s not to say he’ll be pigeonholed into the role of “solver guy,” but, for the near-term I expect a lot of microanalysis from “The Child of The Sim.”

Tice traveled from his native Florida to Las Vegas last summer to play in the WSOP Online Bracelet Events series.

Followers of Tice on social media looked in on a relationship between Tice and the Solve For Why team that developed throughout the summer. Tice first reached out to Berkey on Twitter to discuss high-stakes cash games.

“I messaged him a few times asking some questions about Rob Yong‘s game on Poker After Dark where Rick Salomon was putting on monster sleeper straddles and why/how to approach that situation,” Tice said. “I then came out to Vegas for the online WSOP and stayed at the Solve For Why office for a few months until I moved into an open room at his place.”

I remember playing 20nl and thinking to myself how hyped I was to get to the point where I was beating higher stakes (10/20+) and having 5 figure days (in both directions).

Now that I'm here, my love for poker hasn't changed at all and I really enjoy putting in volume/learning.

Tice started playing poker while studying at Florida State. His path to eventual high stakes crusher began with a win in a $20 tournament against friends.

“From there, I started realizing that there might be something here regarding making “smart decisions” over a long period of time,” Tice said. “I then started online at $4 NL (2c/4c), and in a few years, I’m now playing high stakes live and online, up to $100/200 live.”

From Student to Teacher at Solve For Why

Tice’s ascension from the micros to the nosebleed stakes caught the attention of some of poker’s most influential figures. After venturing to Las Vegas, Tice became a regular presence on Joey Ingram’s and Solve For Why’s content channels.

“Landon is an incredible networker. It’s no coincidence that he has access to just about anyone in the community,” Berkey said.

Tice’s connection with Solve For Why began as a student, with Berkey offering Tice free access to the academy’s Home School course. At that point, Berkey already knew that he had a possible future poker coach in the making.

Can't say enough good things about the kid. Beyond his drive and desire to constantly improve, he's just one of the most sincere people I've met in this industry. Couldn't be more proud to have him as a friend and colleague. https://t.co/DM8ERwGrvb

“I think I knew last spring, during Home School, that Landon would be a huge asset to anyone in the business of poker strategy,” Berkey said. “However, I was very cognizant of the fact that he would have a lot of opportunities thrown at him and I didn’t want to detract from his personal journey of pursuing the highest levels of poker.”

“He actually breached the conversation with me and assured me that this was something he wanted to do. For us, it was a no-brainer.”

Tice’s poker career is only just beginning, and he’s crushing the game in an era where poker is more challenging than ever.

“I think you have to work really hard, play a bunch (preferably online to start to get more reps in), have a really good environment of supportive friends/people in your circle that really want to see you improve and succeed,” Tice said.

Solve For Why students can now add Tice to their own poker circles, and the addition of Tice stands as the academy’s biggest move yet.