With Pot Limit Omaha firmly establishing itself as the No. 2 poker variant of choice in recent years, it’s no surprise that poker players from all over the world are changing lanes from No Limit Hold’em to PLO. Edges are getting smaller and to maximize your win rate it’s never been more critical to get ahead of the curve and take advantage of the skill gap, as PLO keeps attracting more and more players. If you’re someone who is looking to catch this train before it leaves the hypothetical station but have little to no understanding of PLO, then you’ll be all aboard with Upswing Poker’s latest entry-level Pot Limit Omaha course entitled: PLO Launch Pad. 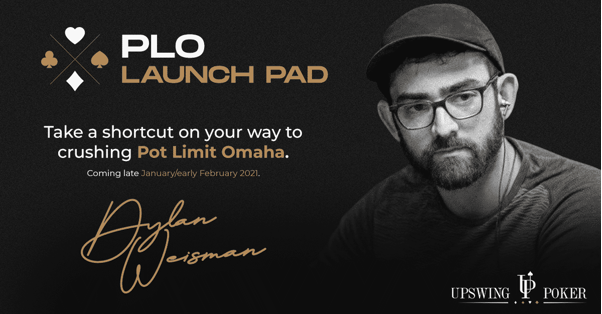 As this is a beginner’s course, each lesson is broken down in easy-to-understand terms, and your hand is held throughout. There’s no feeling of being overwhelmed by the course content as most lessons are bite-size in length, being around 15–20 minutes long. Absolutely perfect for those with busy schedules or those with short attention spans! Another great factor about the course is that it’s all meat, meaning that you’re avoiding any fluff and nonsense.

Dylan Weisman, the creator of the course, is one of Upswing Poker’s Advanced Course Pros (along with poker titans like Nick Petrangelo and Alex Millar) so you know that the lessons you are learning are coming from one of the sharpest minds in the PLO sphere.

But just because someone has an advanced knowledge in a certain topic, doesn’t mean they’re guaranteed to make a great teacher. Thankfully Weisman’s background in education further entrenches his credibility. Couple that with him being a beast in the PLO streets, and you will definitely be in good hands as you begin your PLO journey.

If you’re unfamiliar with Weisman, you can get to know him a bit better and why he’s devised the course with his latest appearance on Joey Ingram’s YouTube Channel. This would be a great way for potential course takers to introduce themselves to Weisman before spending any cash and putting you in the best frame of mind of how to learn PLO in 2021.

For $99 you’re getting just shy of 9 hours of video content as well as a couple of quizzes to test how well you’re understanding the program. Now that may not seem like a lot, but when you break it down you’re paying around $11 per hour for expert-level coaching, which is great value. And as already mentioned, there’s little to no content that you won’t find useful when beginning your PLO pilgrimage.

Another great aspect to have in mind is that those who purchase the course can keep coming back to it for referral, so the more time you put into the course, the hourly rate of what you pay for looks even better than the initial $11.

Overall, PLO Launch Pad is broken down into 6 separate modules (although for the sake of this review, I’ve combined the Flop module and Turn/River module together). Over those 6 modules there are 30+ lessons, with the ‘Play and Explains’ section being the biggest contributor to this. This final module is really useful for beginners because you can see the theory being put into action and get to see how your newfound knowledge can be used on the live or virtual felt. 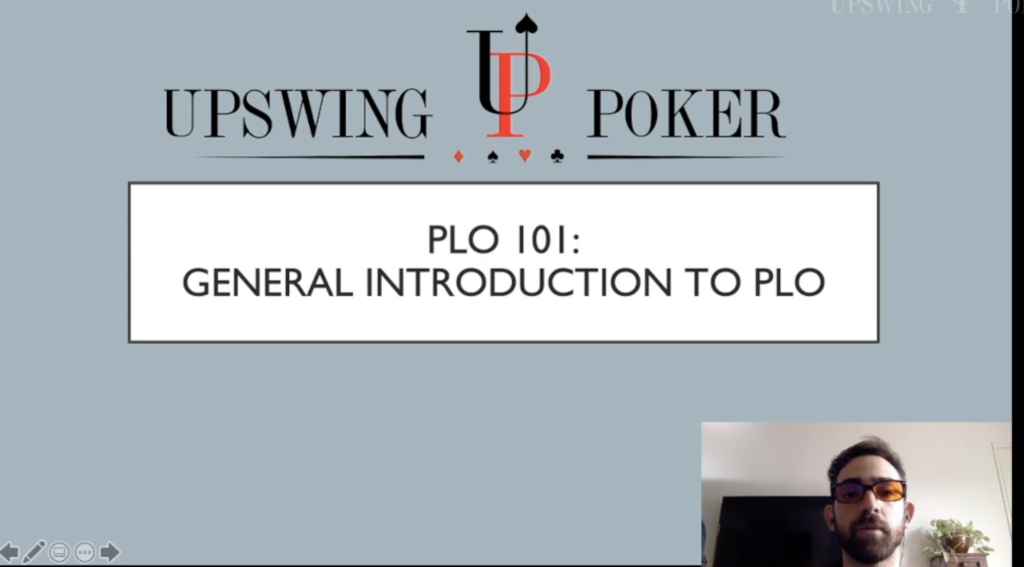 As expected, the introductory module of this course covers the basics. Those with no knowledge of PLO will be shown the rules and how to calculate the size of the pot, which although basic is crucial for pot-limit games.

One myth about PLO, when first starting out, is that you can play just any hand. Of course this completely incorrect. When playing this game, it’s all about trying to make nutted hands, so Weisman’s clear articulation of how to identify the strength of starting hands in PLO is one of the most important lessons in how not to burn money.

Nobody wants to be the person with all the gear and no idea how to use it properly, so the lesson on how to use Pro Poker Tools will be valuable to many. Those who are serious about climbing up the PLO ranks will need to how to run sims – the benefit of this is that you will see how different hands fair against each other, which helps develop a deeper understanding of PLO. 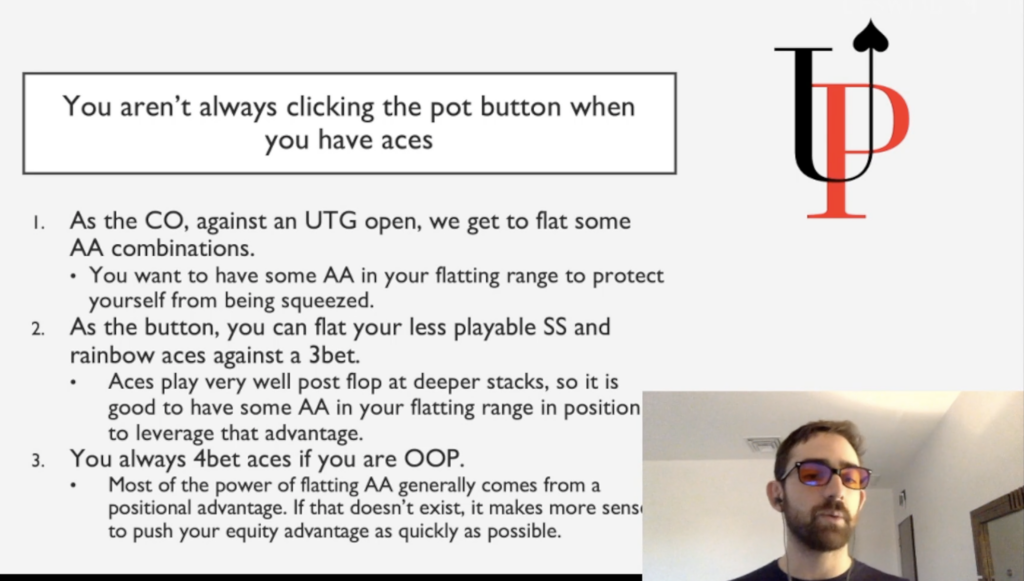 Nailing down preflop fundamentals will help you massively when playing lower stakes online and in brick and mortar casinos. Much of the player pool at this level aren’t aware of the nuances of what makes a hand a 3-bet or 4-bet candidate, so this module is crucial.

Simply, this module is where you will see that you are beginning to develop an edge over inexperienced and non-studied players. 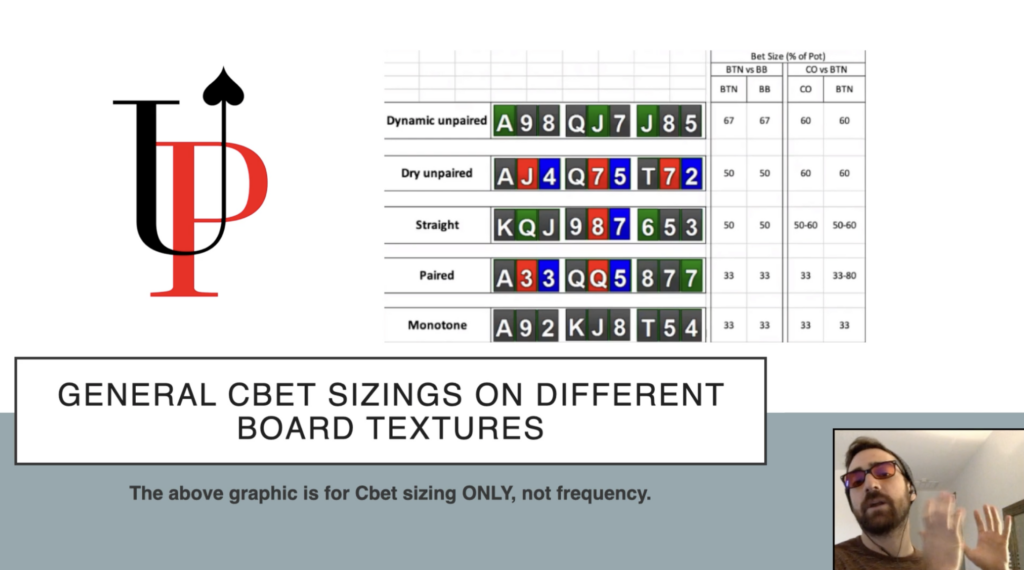 The third and fourth modules cover everything players need to know when playing on the flop, and then there are some additional concepts taught when playing later streets. From this, course takers will have a basic foundation of understanding board textures and what hands play well on a variety of flop run outs.

The Turn and River module, although only touched briefly upon, is useful for knowing what course to take on certain turn and river cards. It explains what bet-sizing players should make as well as introducing the topic of blockers. Although this module is brief, there’s enough meat in there to make it essential for your PLO introduction. 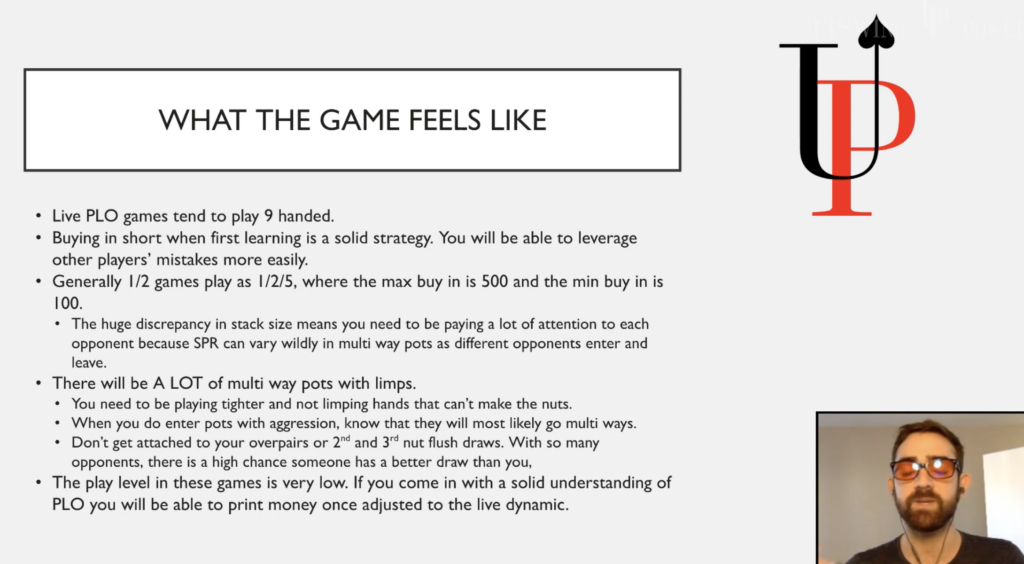 This module picks up on the human elements to consider when playing PLO. Weisman gets you to think about what you want from poker as well as the dynamics that exist when playing live.

When first starting out in any poker variant, every player has asked themselves at some point how can they win when every pot is seen multi-way. This is a regular occurrence in live PLO games where many people think they can see a flop with any four cards. The most useful advice on how to make money in these settings and combat this is in this lesson. Those who complete the PLO Launch Pad course will be aware of how to play to against certain people depending on their stack size and the adjustments they’ll need to make, which is important for live games especially. 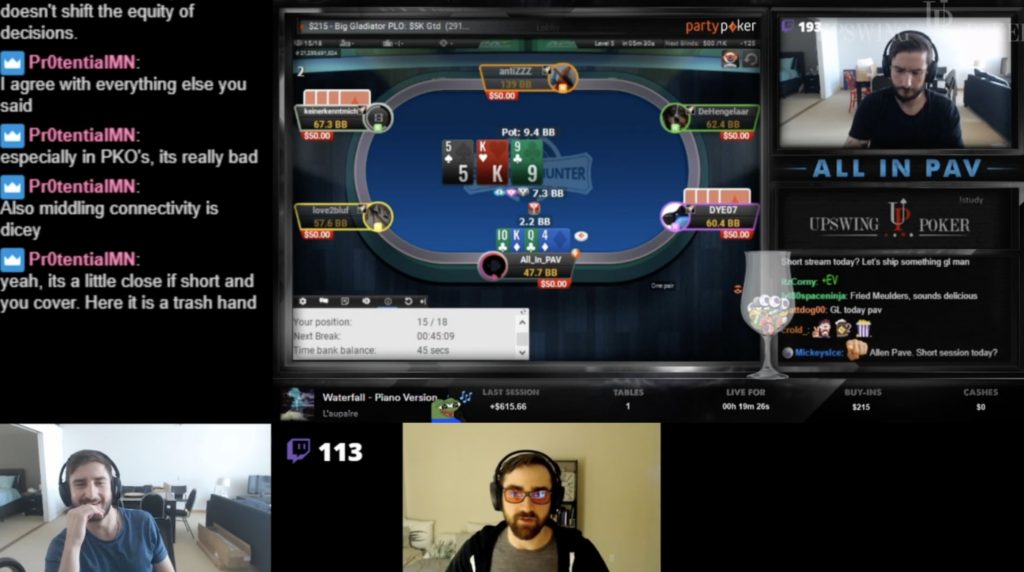 The Play & Explain module is the most time-consuming part of PLO Launch Pad but is the most important. You will see all the theory you have learnt in action at various stakes online; this really helps the lessons learned to hit home.

What’s great about this section is that you’ll see concepts applied to both online cash games and tournaments, so both cash game grinders and tournament aficionados will get a lot out of this module.

By the end of this course, players should have a holistic approach to PLO through understanding basic fundamentals, the nuances that exist in the game as well as the platform to take on more advanced PLO concepts should they wish to.

For me personally, getting the opportunity to take on the PLO Launch Pad has helped reinforce lessons learned from Fernando “JNandez” Habeggar‘s recently published book Mastering Small Stakes PLO. If you’re someone who learns better through video content, then this course would be the recommended route to go down. When it comes to books it can be difficult to visualize hand recaps and, in that respect, this is where PLO Launch Pad offers something unique and different.

Some people may turn their noses up at fact that the course has less than 10 hours of content, but you have to remember that this is an entry-level learning opportunity catered to those who’ve only seen a couple of Pot Limit Omaha hands in person and on a stream. But to its credit, a seemingly difficult game to understand becomes very accessible to the most novice of players in that time. So, it would be fair to say that Weisman’s PLO Launch Pad achieves what it sets out to do – giving beginners a strong foundation and comprehensive fundamental knowledge in PLO in both live and online settings.

It is also worth pointing out that despite PLO’s increasing popularity, just taking this Upswing Poker course will give you an edge at the micro and low stakes games, as much of the player pool will not be as studied as those who take this course. Course takers will be able to make better preflop decisions and navigate themselves more appropriately in difficult spots post flop which should see results move in the coveted positive and upwards direction.