The Perils of Biased Thinking at the Poker Table

Any sufficiently advanced technology is indistinguishable from magic.

I have been called a donkey countless times over the years. Sometimes they were right, but I’ve made a living in the game for 18 years now and I think it’s fair to say that a general description of me as a bad poker player is not accurate. I think the quote above is one of the reasons why we tend to make this mistake at the poker table. 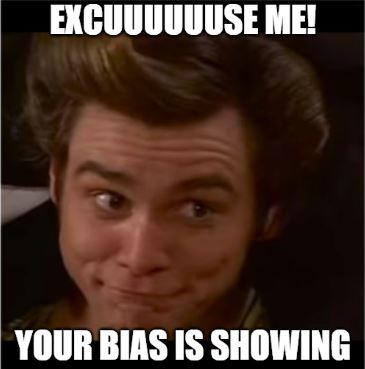 I often think of a situation involving my friend Johnny. Johnny is an excellent tournament player who has made multiple millions. He is aggressive and fearless in a way that is typical of strong online players and often frustrates players in the brick and mortar tournament world.

We were at a tournament in Wisconsin, just south of online slots Canada real money country, and I was outside during break. An older man cornered me to tell me a bad beat story about a terrible player who had beat him with 74s from early position. I was only listening to get to the end so I could get away, as people usually do when the bad beat stories start, when he pointed across the parking lot and said: “There he is. That’s the idiot who busted me with four-seven.”

Of course, he was pointing at Johnny. Rather than telling him that he was probably pointing at the biggest lifetime winner playing in the tournament, I kept my poker face on and asked him a few questions. His answers confirmed every one of my suspicions about how the hand went down.

Johnny had raised to 2.2 big blinds, and had been reraised to 4.6 big blinds. The effective stack was over 50 big blinds. So Johnny had invested another 2.4 big blinds to win nearly 60 and he knew that his opponent wasn’t very skilled. The small reraise from an older person in a rural area was probably a good indicator. That small reraise might be scary from a young person because they could be playing a leveling game or hoping to build a pot they could steal in position later, but from this guy? Not a chance.

You Can’t Know What You Don’t Know

My new friend couldn’t understand any of this. His knowledge of the game was limited to a few simple concepts, namely:

He was subject to so many cognitive biases that I couldn’t hope to list them all. Many players of his skill level make the common assumption that:

This causes them to fold to players they consider “good” far too often and call down “bad” players far too often as well. It also causes them to make terrible assumptions about their opponents. When world class players show down a weak pre-flop hand, they may assume that the beast is in fact a fish, which of course couldn’t be further than the truth.

I did not explain to Mr. Bad Beat that calling so little to win so much, especially against a player you know is weak, is a bargain. I didn’t explain to him how Johnny probably knew he was a weak player or that he had no idea how far above his skill level Johnny was playing. It wouldn’t have done any good.

I see this same thing to a lesser extent in the cash games and tournaments that I play every day, and not just as far as players’ overall skill. There is a second form of cognitive bias that applies to these situations. We fail to recognize individual plays and skills that we don’t understand, and we recognize the skills that we have as being very valuable and important to winning.

You can win in many poker games at places like syndicate.casino by being either tight or loose and aggressive. But the players who are winning with either style tend to look down on the other and may not realize how effective alternative styles can be. The same goes for players who check to induce bluffs on the river instead of value betting, or players who frequently under represent hands pre-flop or buy in short.

I see players look at a pro who buys in multiple times in a tournament to build a big stack as a fish, and that pro viewing players who are very careful in the first few levels as nits. There are countless examples of this particular bias. We value and recognize the skills we have, while we don’t notice the skills we lack in other players because we have no idea they even exist.

Shoo Away Your Biases

The way to deal with this is to learn more styles, more unique skills, and more ways of approaching a problem. Maybe you need to invest the money and sign up to a poker training site. Then you can apply newly learned skills to understanding why a player might have made a play. You’ll be able to get into their heads, figure out what their skill set is, and then figure out how to attack it. 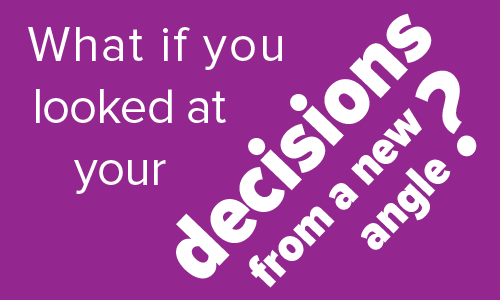 This means that you can play differently against them, knowing how they probably see you, and what plays will work against them. A tighter player who likes to protect their hands will assume that you are doing the same thing if you make a big reraise. A loose player who values fold equity will be much more likely to call your all-in bet if they think you might be trying to push them around.

Finally, these lessons apply to life away from the felt as well. Everyone has a different skill set. Have some empathy and you will be happier, healthier, and you will win more. You’ll have more power to influence the world around you and a better understanding of what kind of influence is necessary. Keep learning, pay attention to other people, and crush it.