In this episode of The Bernard Lee Poker Show on the Cardplayer Lifestyle Podcast Family, Bernard Lee interviews Adam Friedman, who recently captured his fourth WSOP bracelet. More impressively, he won his third $10,000 Dealer’s Choice 6-Max Championship in a row. This unprecedented achievement is a WSOP record.

At the start of the interview, Adam talks about his historic achievement of winning the $10,000 Dealer’s Choice 6-Max Championship for the third consecutive time. Next, Adam talks about how he got started in the world of poker, which included the movie, Rounders. Adam discusses his transition from no-limit hold’em to mixed games. He also discusses why he has been so successful at Dealer’s choice tournaments and which games are critical to learn.

During the second part of the interview, Adam talks about which games he feels are his best and how players can improve in new games. Adam also discusses how to choose specific games in specific situations. He then discusses the final table in the 2021 WSOP $10,000 Dealer’s Choice 6-Max Championship, including getting heads-up with Phil Hellmuth. Adam discusses his future poker goals, including future WSOP bracelet events. 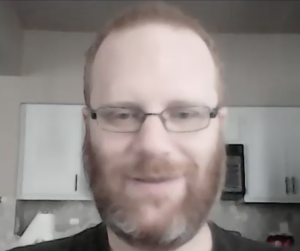