A path to becoming a better poker tournament player is a never-ending one. There are always bits and pieces that you can learn, strategic adjustments you can apply to your game, and new ideas you can try. So, it is impossible to sit down and learn everything there is to know about tournament poker – you have to learn about all these various aspects one at a time and add them to your game-plan.

And that’s exactly the idea behind the MTT 3-Bet Shoves Crash Course developed by Red Chip Poker. Instead of being all over the place and giving you a bit of this and a bit of that, the course focuses on one very particular and very important segment of tournament play and breaks it down in detail, answering many questions about how to build your original shoving ranges, how to adjust them to your opponents’ tendencies and various tournament situations, and much more. 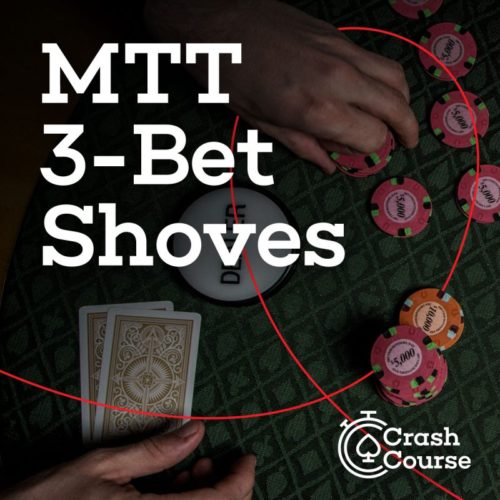 Although the course provides a wealth of information, it does so in a very condensed, time-saving format, with six videos lasting about 40-50 minutes each (apart from the last one), broken down by positions:

The main instructor, Ben Hayles, who created all but the final video, takes this positional approach instead of a situational one and then goes through different tournament situations for each position. As a student of the game, this approach definitely felt like an easier one to follow and it makes everything presented in the course more structured.

Building Ranges with Holdem Resources Calculator and Factoring in ICM

Throughout the MTT 3-Bet Shoves Crash Course, Hayles uses a program called HoldemResources Calculator (HRC), which is a really nice piece of software that lets you construct your ranges based on the opponents’ perceived ranges, which you can further adjust to be more in line with games you play in.

The first video lays out the structure of the course and main ideas that will be highlighted in every video, such as stack sizes, fold equity, EV calculations by chip EV (cEV) and when factoring in the ICM ($EV), opponents’ ranges and tendencies, etc. in this first part of the course, we’re introduced to all of these concepts and provided with explanations how each one of them comes into play when constructing our 3-bet shoving ranges.

The final part of this introductory video contains a Questioning Drill, which raises several questions that will be used in all of the later videos when figuring out what to do in particular situations and how to decide what hands should and shouldn’t be included in your 3-betting ranges in different spots.

First two videos in the course address the play from the blinds. In the first video, Hayles constructs ranges for the big blind and explains some interesting and relevant ideas about the big blind. While it is usually considered one of the two worst positions to be in, 3-bet shoving helps you get rid of the positional disadvantage. At the same time, being last to act before the flop, you get to have most information before you make your move. He also mentions the ever-important concept of pot odds, which is especially important in the big blind, when you already have money in the pot.

The second video discusses small blind and although many of the ideas are similar, we always have to factor in for the big blind still to act behind us, as they could potentially wake up with a hand. One important takeaway from both of these videos, though, is that we should have pretty wide 3-bet shoving ranges in the blinds but always keep in mind things such as fold equity (or non-existence thereof), ICM, and our opponents’ calling ranges. 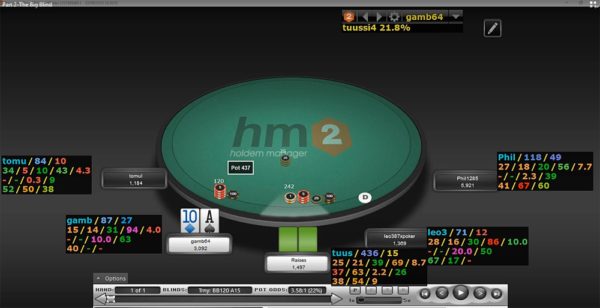 The video on the cutoff and button play is structured in the same way, going through all the same motions where we consider the position of the original raiser, our stack depth, and ICM. However, at this point, Hayles also introduces the idea of constructing calling ranges, which aren’t as big of a consideration when playing from the blinds. He emphasizes the importance of building both of these ranges together and including more hands into your calling range as stacks get deeper, especially on the button where we are guaranteed to have position after the flop.

Finally, we look into constructing 3-bet shoving ranges from early and middle positions. This is where our ranges become much more rigid as we have so many players to act behind that we can’t afford to play too wide. With deeper stacks, especially, there will be far more hands included in our calling range. 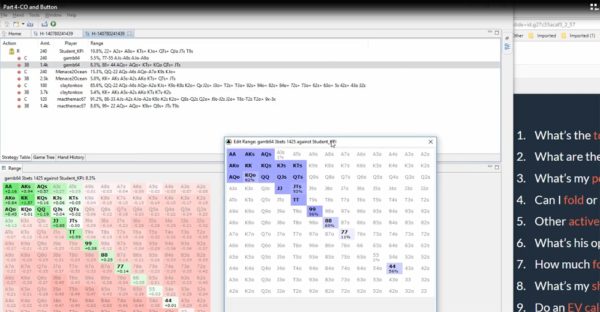 In all of the videos, there are several hand examples explaining concepts that have been discussed at various stages of a tournament:

The final video in the MTT 3-Bet Shoves Crash Course was produced by Gareth James, and although it is shorter than other lessons (only about 25 minutes), it helps wrap things up nicely by looking at 3-bet shoving ranges at different stages of a tournament:

The video uses the same approach, applying HRC calculations to come up with optimal ranges for different scenarios. This one is an excellent resource to understand just how big of an impact ICM has in tournaments, especially in satellites with a short stack and several similarly-sized stacks. 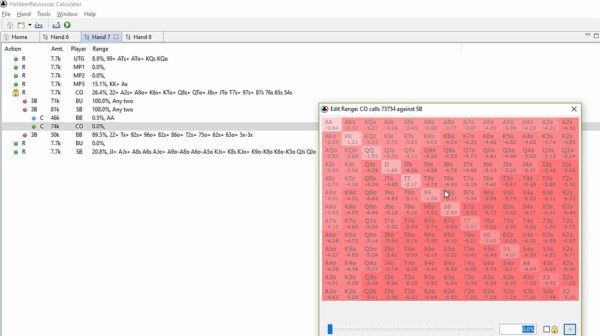 In a satellite with a short stack and several similarly sized stacks, the original opener should fold 100% of their range to your shove, including pocket Aces

Of course, the video also addresses the issue of your opponents’ playing without taking ICM into consideration and just using the standard cEV calculations. In this kind of a scenario, we must change our 3-betting ranges quite significantly and tighten up as we can’t afford to get looked up lightly with significant money jumps imminent and shorter stacks waiting to bust.

Paying for resources is often a painful point with poker players because there genuinely is so much useful poker information online for free. While this is true, you won’t find this type of information organized in such an easy-to-follow way and presented with in-depth explanations and great examples.

As such, at just $69.99, Red Chip Poker’s MTT 3-Bet Shoves Crash Course is really a steal. It will help you greatly with constructing your shoving ranges at various stack depths and at different stages of a tournament that it will surely end up paying for itself many times over. The additional cherry on top is that you can actually download the course to your computer (around 500MB in total) so it can be yours forever.

If you’re looking to improve your MTT game and figure out how to be more aggressive in the spots that make sense, you’ll definitely want to buy this course. It will help your ROI increase by quite a margin in no time!