Dutch Boyd received substantial media attention during his deep run on the 2003 World Series of Poker Main Event, where he finished in 12th place. He was involved in a key hand late in the tournament with Chris Moneymaker. Boyd held KQ and Moneymaker had pocket 3s. After the 9 2 5 flop had missed Boyd, Moneymaker bet 100,000, and Dutch forced him all-in on a bluff. Moneymaker thought for a while about calling, but eventually did put his tournament life on the line. Boyd did not improve on his over cards and was left with a very small stack.

Boyd would go down in 12th place not long after the hand, and Moneymaker would go on to win the tournament. Shortly after this, Boyd founded a group of young poker players called The Crew that achieved notable success. Boyd has won three WSOP bracelets in his career. His first came in the 2006 World Series of Poker, where he won a $2,500 buy-in No-Limit Hold’em Six Max event for $475,712, his largest tournament win to date. He won his second in 2010 in a $2,500 Limit Hold’em/Six Handed event, and his third in 2014 in a $1,000 No-Limit Hold’em event.

RecPoker is a vibrant and encouraging poker learning community. We are committed to learning the game, but our priority is building healthy relationships where we can not only grow in the game, but grow in our enjoyment of life. The membership website at rec.poker is awesome, but it’s just a tool to help us build that community. You can join for FREE, giving you access to the groups, forums, and other member benefits. If you want to enjoy the premium content, or become part of the RECing Crew, those options are available and you can get $10 off your first payment using the code RECPOKER. 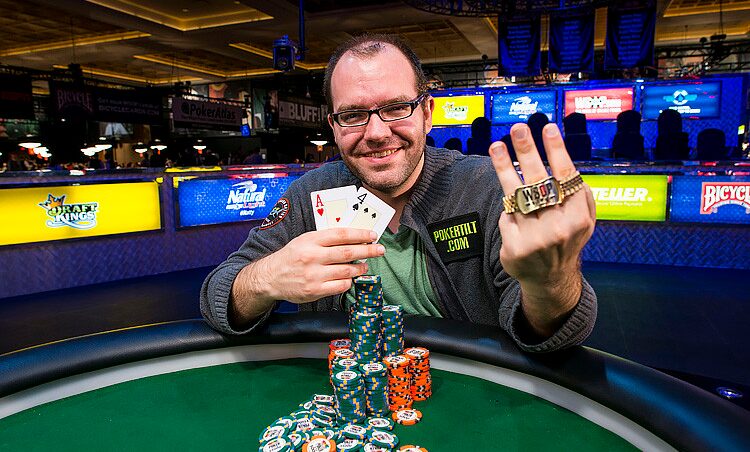 Steve Fredlund is the host of the RecPoker podcast and Rec.Poker website, both of which are committed to building a vibrant and encouraging poker learning community. Steve also works diligently to encourage people live their most fulfilling lives through coaching, speaking and writing; information about that is at stevefredlund.com.