Deep Issues, as a concept, is perhaps unique to poker. Presenter and masseuse Drea Renee sits down with a number of famous poker faces (both professional players and industry personalities as well as well-known actors and actresses who enjoy poker recreationally), and interviews them while giving them a massage.

The videos come across as very natural, despite the concept being unfamiliar to those who don’t know that poker and massages sometimes go hand-in-hand. Renee certainly knows the players well enough to ask some really good questions, sometimes ones even viewers didn’t know they wanted answering.

A total of 16 episodes comprise the Deep Issues series, with the following list of interviewees:

The rapport and relaxed atmosphere that Renee succeeds in establishing in each of the videos is genuine and there are no jarring edits that sometimes happen in videos with high production quality. As such, I wouldn’t be surprised if some of the videos were shot all in one go, or with very few stops and starts.

One thing I enjoyed in particular was finding more out about players and people you don’t really see getting interviewed that often. Steffen Sontheimer was one of them. It’s known that he’s a very accomplished poker player, but I’ve never really heard much about the man himself.  The fact that he only started playing in 2010 is incredible, while it’s just plain awesome that – his success notwithstanding – he still doesn’t consider it a job. 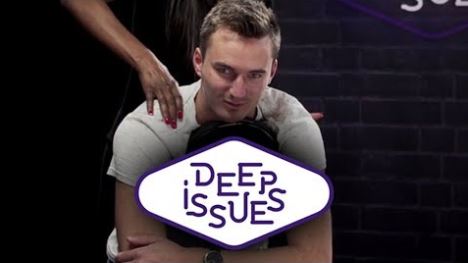 The Mori Eskandani episode was also thoroughly enjoyable, as we get to learn more about the man behind some of poker’s greatest shows. And although I knew a lot about Fedor Holz already, it’s always great to see someone asking him some new questions instead of the age-old classics like ‘How did you get into poker?’ etc.

The mix between poker players and actors is also a great idea that serves the series well on the whole, with Teen Wolf and Orange is the New Black stars Tyler Posey and Jackie Cruz featuring in the cast of characters. I loved that they always managed to bring poker into the mix in a natural way for someone who isn’t an out-and-out poker player.

While the name Deep Issues conjures up the idea of poker players sitting on a chaise longue offloading all the inner turmoil and torment, and there are some searching questions from Renee, it’s almost as if the chat is happening over drinks.

For example, hearing players gossip about other people in the industry, or nominating one another as class clown or best-dressed in the Deep Issues awards, really does make each episode seem genuine and that the players are having a good laugh while being interviewed.

One thing you notice as the series progresses is the steadily increasing episode length. Whereas Hellmuth and Negreanu’s episodes clocked in around the five-minute mark, later episodes featuring guests like Doug Polk, Brian Rast, and Maria Ho lasted for approximately twice as long. This illustrates that the series’ central concept became more established, producers were comfortable with extending the episode length to allow for deeper questioning from Renee. 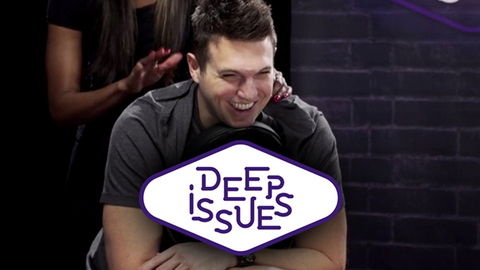 Including interviews with well-known players such as Liv Boeree, Phil Hellmuth, and Fedor Holz may be one thing, but also featuring industry heads like Mori Eskandani really shows that the format is looking to go one step further than “normal” interviews, and really bring about more discussion about the wider industry as a whole.

In the future, I’d love to see the series continue and add new episodes, mixing it up with some lesser-known players, or winners of WSOP bracelets and WPT titles. All in all, a highly enjoyable series that’s worth tuning in to watch.