Home POKER OP-EDS Poker Tips By George: Use It or Lose It -- What About Poker?
POKER OP-EDS

Poker Tips By George: Use It or Lose It — What About Poker?

The old saying, “use it or lose it,” refers to our aging brains and muscles. As we get older – we all do (until, perish the thought, we die) – our physical and mental capacities experience substantial changes. Poker can play a key role in helping us use our brains, so that we don’t lose them!

During our earlier years, our muscles grow stronger and our brains gain knowledge and get sharper; but a point is reached when it all starts going downhill. This is especially likely after retirement. We aren’t as spry as we used to be; we can no longer compete on the basketball court, and we start to find it harder to recall things from our memory bank – and it unfortunately gets worse with time.

Let’s focus on the brain and the game of poker. The ability to analyze situations and make tough decisions is essential if you want to be a winner at the live poker tables or when playing at one of the top online poker sites. The doctors call it cognitive performance. 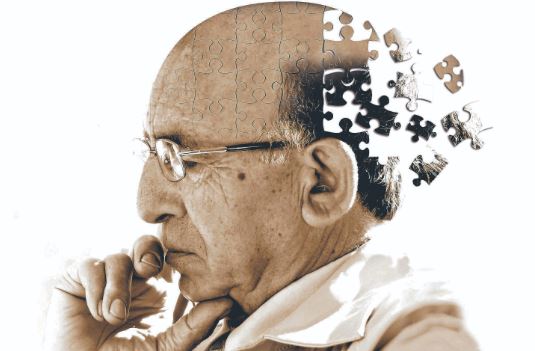 According to the Alzheimer’s Association, one in ten (10 percent) people aged 65 or older has Alzheimer’s. This year, Alzheimer’s and other dementias will cost the U.S. $277 billion. By 2050, that amount could quadruple, reaching $1.1 trillion!

Based on my own experience and observations, I firmly believe that mental challenges will help our brains to function well as we age in years. Exercising the brain helps it grow stronger and retain its knowledge even as we reach our eighties and beyond. One of my seniors poker group at the Claude Pepper Senor Center in Los Angeles, explained it to us. Graciella was a PhD psychologist in Hungary, and her husband was a brain surgeon. Exercising the brain encourages the neurons (brain cells) and brain connectors (called the synapses) to multiply and get stronger – just as does exercising our body muscles.

That conforms with my observation that, of the over 200 members in our seniors’ poker group, not a single one is known to have developed Alzheimer’s disease. Yes, these are limited statistics; but they strongly suggest a health value for playing poker that you may never have considered.

A special column in its Science File in a December 2018 issue of the Los Angeles Times was entitled “Is it ‘use it or lose it’ with an aging brain?” It provides pertinent research information that would lead us to recognize that there are, in fact, significant age-related declines in mental performance. But, those who engage in mentally challenging activities – like playing poker – can expect to build a “cognitive reserve,” pushing healthy, operational mental functions further ahead in time.

Can we prevent or cure Alzheimer’s disease?

Many billions of dollars have been spent in seeking medical means for preventing, deferring, or curing dementia, especially Alzheimer’s disease. But not a single drug has proven effective.

My suggestion: Let’s spend a small fraction of that amount (plus expert time and effort) to study the idea that playing poker on a regular basis may be the best – and least costly – solution to this dilemma. And, besides, it’s great fun to play poker; and it also provides highly desirable and enjoyable social interaction. Try it; most likely you will enjoy it…

In case you are interested, I am 92 – and shooting for 122 while still playing recreational poker several days a week. The other days, I get my physical exercise at the local senior center…