In a deal valued a just shy of $2 billion, two online gaming giants, PartyGaming and bwin, have announced a merger that will create the world’s largest publicly traded online gambling company. 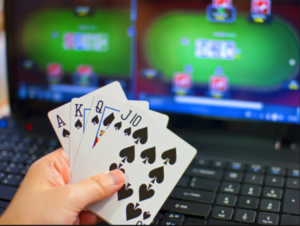 Similar to two airlines combining their transit routes, bwin’s sports betting strengths add to PartyGaming’s forte as a provider of online poker, bingo, and casino games. Moreover, since there is currently some overlap between the 2 companies’ gaming offerings, once combined, the new company expects significant operational savings of up to 55 million euros.

The CEOs of the two companies, Norbert Teufelberger and Jim Ryan, will be co-chairing the yet-to-be-named new entity.

Since both companies are publicly held, shareholders will be called upon to approve the merger in the first quarter of 2011. The new company will be incorporated in Gibraltar and listed on London’s FTSE stock exchange.

The question on the minds of many people who follow the online poker industry is what impact this merger will have on online poker traffic and – of course – the players themselves. Will the new, unified bwin/Party conglomerate be able to compete with some of the larger online poker room sites n0w (here’s looking at you, PokerStars)?

What’s certain is that after a merger of this size, there’s a lot of upside potential as far as online poker is concerned. Assuming the merged company invests marketing dollars in online poker promotions, it could find itself to be a major player in the industry.

Another question is how the online gambling competition will react to the merger. Will we see additional mergers or acquisitions in the near future that would enable the resultant larger companies to compete on level footing? Or, perhaps, will this merger end up being a blip on the online poker radar in the long-term? Only time will tell. We’ll be here reporting the online poker news and developments for you as they happen.