The Poker World’s Response to The Lederer Files: A Review

Arguably the longest-awaited interview in poker history was released over the last few days and it has truly rocked the poker world to say the least. PokerNews’ release of The Lederer Files, done by Matthew Parvis, has been released in multiple half-hour video increments. Hundreds of thousands of people have viewed the interview already and we recommend that you do too – it’s “must see” poker content and well worth the few hours it takes to absorb everything Howard Lederer has to say about everything that went down while he was President of Full Tilt Poker. 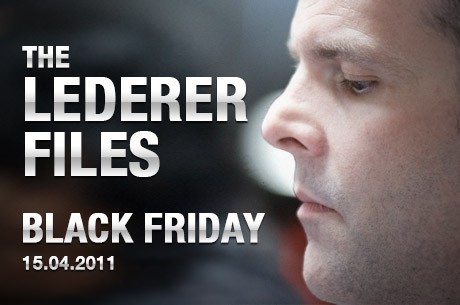 With so many facts coming out so quickly and so many public responses by big names in poker, we admit that as much as we’ve covered the Full Tilt saga since Black Friday, we’re a little out of our depth to publically opine on all that’s transpired. Overall, we will say that the general reactions to Lederer’s interview have been negative.

We feel it best that you poker fans form your own opinions based on what Lederer had to say, as well as based on other revelations and opinions brought forward by some of the biggest names in the industry. To that effect, we’re pleased to present you with links to some other must-read material:

The world’s top poker blogger, Bill Rini, has written an awesome two-part comprehensive review and analysis of the Lederer files (part 1, part 2). If you don’t have the time to watch the 3.5 hours of video or read any other reactions, Rini’s pieces are the most worthwhile in our opinion.

Daniel Negreanu, one of poker’s most vocal personalities, has made his distaste very public for anything and everything associated with Full Tilt Poker. He reacted to the Lederer files in an interview with Pokerlistings.

Full Tilt Poker’s second biggest shareholder arguably emerged almost completely unscathed from the entire scandal. Lederer’s depiction of Juanda‘s involvement and relationship with FTP as an owner and shareholder clearly got Juanda’s attention and he’s been firing back on his Twitter feed.

Thousands of posts have been made to an epic thread on the 2+2 forums. Admittedly these take a LONG time to pore through, but lots of “regular Joes” as well as some pretty important poker pros (e.g., Barry Greenstein) have thrown in their two cents. Anyone can become a member of the 2+2 poker forums of course, and you can feel free to contribute your own two cents to that thread. Notably, the people who own and operate the 2+2 forums allegedly will have the privilege of being the next ones to interview Howard Lederer. Surely whatever emerges from that interview will also generate a firestorm of reactions and comments from the poker community.

The biggest name yet to comment on The Lederer Files is of course Chris Ferguson, who up until Howard’s interview had been “off the grid” for just as long. To the best of our knowledge, the last known Chris Ferguson sighting was back in January. If “Jesus” ever does a public interview, expect a similar buzz from the poker world.

Two other notable names that have yet to issue public reactions to the interviews (as of this writing) are Phil Ivey and Doyle Brunson. As many of you may recall, Brunson has publically taken the stance of supporting an “innocent until proven guilty” Lederer et al. while Ivey was personally involved in many of the developments at Full Tilt Poker. If and when these two poker titans come out with replies, it’ll be fascinating to hear what they have to say.