Kevin Rabichow on The Ecstasy of Choice in Poker Training

With a wealth of material on the market, the average poker player is swamped with ideas for poker coaching. From GTO to elite level coaching right down to the best training methods out there that can turn a hopeful amateur into a profit-making machine, self-improvement is everything poker. But how do you get the best out of poker coaching? To find out, we spoke to Kevin Rabichow, the legendary poker coach responsible for The Game Plan, which as we reviewed recently, is a new sensation in the world of poker coaching. 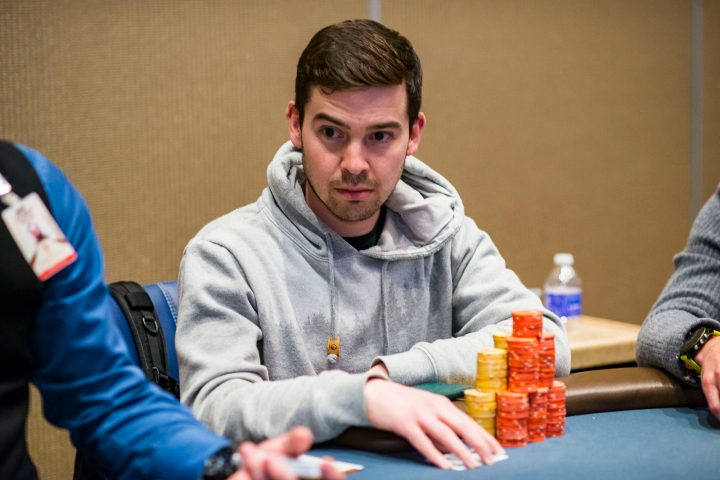 One of the key faultlines that all poker players are balanced on is choosing between too much theory and how to spend time putting those ideas into practice. Rabichow believes that keeping that balance, while difficult, is essential for any poker player who aspires to a high level.

“I suspect most players don’t think about these as things that need to be balanced,” he says. “I’ve worked with many students who study theory intensely but end up playing quite differently from how they think. Similarly common are players who are intuitive and very skilled but can’t discuss theoretical topics with any confidence. Because it’s rare to balance both skill sets, I try to emphasize both in my coaching and push the people who are leaning one way closer to the middle.”

The very nature of poker is applying oneself to a number of different situations in increasingly better ways. Is the fact that there are so many variables what make structured coaching such as Kevin’s so valuable? The creator of The Game Plan himself says that understanding the value of what he provides didn’t become clear until he started committing all his time to coaching.

“Most players are lost in the chaos of the game, picking up tips here and there, and randomly focusing their attention on whatever seems important or exciting at the time,” says Rabichow. “The most valuable part in my experience is honestly evaluating where you’re at right now. Once players realize where their strengths and weaknesses lie, they become far more motivated to structure their learning to address those weaknesses.”

Clearly, Rabichow has a deep love of teaching, and his coaching work allows him to explore that area of professional passion which has proved so popular. He has carved out a niche in an at-times crowded market and it’s obvious by speaking with him that the work is its own reward.

“When I engaged more with poker forums, I found myself in a position where others cared to hear what I had to say,” he tells us. “It’s a nice feeling to know that your opinion is respected, and after enough people had privately requested coaching, I started publicly advertising it. Poker coaching requires an entirely different skill set than poker playing, and I’ve really enjoyed working on improving mine.”

Rabichow’s experience has been positive that he admits the most pleasure he now takes from the game of poker is down to the success of others, namely his many students.

“Perhaps the best feeling I’ve experienced in poker is when a student shares their success, either a big tournament score or a record year in cash games. Coaching keeps me engaged with the poker community, and lately feels more gratifying than being a successful player.”

Rabichow’s passion for coaching is self-evident, but it’s worth pausing to qualify that statement in financial terms. Rabichow has cashed for $2.3 million in live tournaments alone in his career, and his biggest win is one of more than seven figures, the $1.2 million he won in the 2021 $100,000 NLHE High Roller tournament in Las Vegas which formed part of the World Series of Poker. Such an achievement – coming second to Michael Addamo in ‘The Year of Addamo’ – is no mean feat.

Rabichow’s work can be – and is – categorized into different strategy sections, with strategy evaluation, theory evaluation, study evaluation and skills evaluation guiding players through the process in a structure way that is designed to give them the most out of the experience.

“These categories came together quite naturally when I found the direction for this course, and it’s entirely possible that I over or under emphasized certain areas,” reveals Rabichow. The American, who hails from Chicago, Illinois, doesn’t believe that the order of the sections themselves is too important, but breaking it down into those areas is vital. Poker players often respond well to training or coaching coming in bitesize pieces that are easy for the brain to take in and process. How we process information cognitively is an important part of what makes the best poker coaching stand out from the competition – exactly what poker players hope to do themselves.

“There are unique areas of focus that go into becoming a great poker player. Theory vs practice is a major theme in the course, and here I’ve just broken it down further. Your individual skills come together to form a strategy, and your ability to study informs your understanding of theory.”

Processing what you’ve learned and then moving forward in the course with a greater understanding of why is key to how The Game Plan can benefit any player’s game. 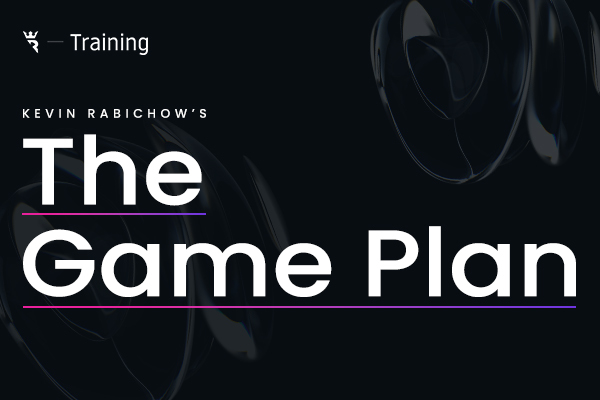 “The evaluations are meant to highlight your strengths and weaknesses, but also help you realize how you ended up there and how to move forward.”

Coaching is all about identifying talent and nurturing it, to an extent. What key skills does Rabichow look for in his students and how is he able to identify those skills to nurture them? “The new players I’ve worked with have generally grown up on solvers, and they show varying degrees of theoretical mastery,” he says. “I’m most impressed when these same players have a sense for the limitations of this knowledge, showing a healthy amount of self-criticism and therefore a willingness to grow. There isn’t one ‘right’ way to approach the game, and the best players are always questioning whether they’ve missed some piece of information, or if their opponents are doing something worth investigating.”

Rabichow’s own experiences of receiving coaching as a player are sparse. He spent very little time doing so, having the fortune of being surrounded by great players, who were happy to share their knowledge. That isn’t always the case, however, so for players who feel on the outside looking in, poker coaching can be a vital bridge between knowing you have skills to develop and, crucially, making the most of them.

“I think this is why I’m such a strong proponent of study groups,” he admits. “Not everyone can be friends with a group of professional poker players, so it’s important to me to help provide that opportunity through my course and through my private coaching. Connecting with people who are working towards the same goals as you can easily be the difference between success and failure.”

The Game Plan is available for use and you can find out a lot more about it here. In an age where poker coaching can be the difference between winning and losing, having a game plan is more important than ever before. Kevin Rabichow’s course is a brilliant way to so that without breaking the bank, making profit more attainable than ever.