The 2013 World Series of Poker Main Event started 10 days ago and attracted 6,352 players over 3 starting days. As in years past, poker fans worldwide watched as slowly, but surely the field got whittled down to just 9 players – the November Nine. As expected, most of poker’s greatest players fell along the way – after all, only 9 can make the final table. Nonetheless, the final 9 players in this year’s rendition easily stand out as comprising the toughest, most talented, and most decorated Main Event final table in at least the last decade, led by 2-time bracelet winner JC Tran. 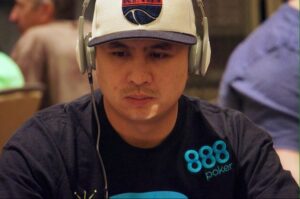 Sacramento’s Tran is easily the best-known name among the remaining players and has the lead, having eliminated Spain’s Carlos Mortenson on the final table bubble. Mortenson, who famously won the WSOP Main Event back in 2001, was bidding to become the first repeat WSOP Main Event Champion since Johnny Chan managed the feat back in 1987-1988. Though he couldn’t hit his club flush to beat Tran’s made straight, Mortenson’s 10th place finish probably cements him as a shoe-in for election to the Poker Hall of Fame (he’s got a 2nd bracelet as well + 3 World Poker Tour titles and 8-figure career winnings). 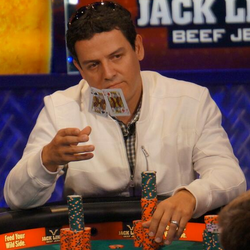 Tran is the current chip leader by margin of nearly 8 million. He won his two bracelets in 2008 and 2009, respectively and, aside from his many tournament successes, he has also won untold millions playing in cash games. Tran has had many deep runs in the WSOP Main event over the past few years, as documented by extensive coverage on ESPN, and is the odds-on favorite to win it all when play resumes in November.

The Rest of the November Niners: A Who’s Who of Pro Poker Players

Israel’s Amir Lehavot is the most decorated of the other 8 November Niners, having won the $10,000 buy-in Pot Limit Hold’em bracelet back in 2011. He’s recorded over $1.5 million in total tournament cashes since turning pro back in 2007.

While the other 7 players still in contention don’t (yet) have the name recognition of their bracelet-winning counterparts, they’re surely no slouches when it comes to playing great poker. Among the names poker fans will become much more familiar with over the next 4 months are Mark Newhouse, Jay Farber, David “Raptor” Benefield, Ryan Riess, Sylvain Loosli, Michiel Brummelhuis, and Marc McLaughlin.

All told, the November Nine hail from a total of 5 different countries, providing quite the international flavor to the proceedings. There are 5 Americans, an Israeli, a Frenchman, a Canadian, and a Dutchman. Here are the November Nine chip counts:

Close to $26 million of the approximately $60 million total Main Event prize pool is still up for grabs, with the eventual winner set to take home over $8.3 million. When the action resumes on November 4th,all eyes will be on these 9 players to see who will take home poker’s top prize.