In 2012, Phil Ivey and partner Cheung Yin ‘Kelly’ Sun began a multi-million dollar win streak playing baccarat at the Borgata in New Jersey and Crockfords in London. The pair were seemingly unstoppable, booking a $9.6 million win at the Borgata in Atlantic City and roughly $12 million at Crockfords. The wins were alarming to the casinos, as unlike blackjack, baccarat is one of those table games that requires zero skill. The game is essentially betting on a coin flip, but the house has a slight edge over the players.

Huge runs at table games are not unheard of, legendary gambler and poker player Archie Karas went on the heater of a lifetime, amassing over $40 million playing primarily table games. Despite the presence of runs like this in the past, the casinos remained skeptical. While the Borgata paid the players out for their five winning sessions, Crockfords withheld the winnings. Their skepticism was present not only due to the amount of money won, but also due to a few requests made by the gamblers.

The two requested to play with a specific deck and to never have the deck changed during their sessions. They also requested a Mandarin-speaking dealer, presumably for superstition, but really so Sun could speak in her native language. They also requested to play mini baccarat, where the dealer is the only one to touch the cards. This request appears to have been made in order for the pair to look as though they could not manipulate the deck, such as by marking cards. All of these requests were done so to give them an edge over the house using the, at the time, relatively unheard of technique edge sorting.

Edge sorting is when someone with an incredibly keen eye can see tiny imperfections in the edges of the backs of cards. The player would make a mental note of which cards are good and bad based on the imperfections in these edges. After playing through the deck enough times, a player who can edge sort would be able to know all the cards by their imperfections, and place bets accordingly. This would give them an edge over the house and lead to a higher likelihood of winning big.

Ivey and Sun have been involved in legal proceedings both in the UK and US over the winnings withheld in London, and those paid out in Atlantic City. To date, every court proceeding has resulted in a victory for the casinos. While Ivey claims edge sorting is a legitimate advantage play, the casinos argued their requests were made with misleading intentions. Gaming officials now recognize edge sorting as a form of cheating, rather than an advantage play like counting cards at blackjack.

The winnings and court cases have, to some, taken over as a defining point of Ivey’s Poker Hall of Fame career. Despite this being a captivating story, we should NOT let this define who Phil Ivey is in the eyes of poker players and gamblers. It is time that we all move on from this salacious story and remember Phil Ivey for who he is: one of, if not the, best poker players of all time. 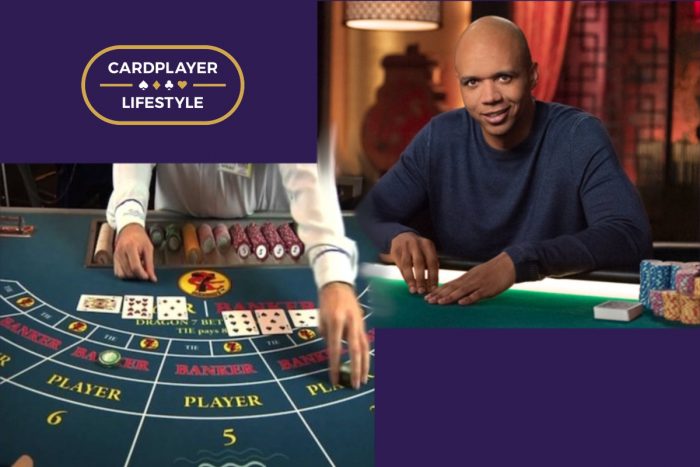 Here are five reasons why we all need to move on from the edge sorting scandal:

It has nothing to do with poker

Phil Ivey’s career has been defined by his unbelievable ability to win at the poker table. Ivey is regarded amongst his high stakes peers as one of the best to ever play the game. And not just No Limit Hold’em, but any poker game. Ivey has been a regular at the table since he was a teenager, using a fake ID to get into the poker rooms of Atlantic City. When people mention his name, that should bring to mind his 10 WSOP bracelets, his insane bluffs on shows like High Stakes Poker, or the tales of the nosebleed games in Macau.

The more this story is talked about and promoted, the less people remember Ivey as one of the all-time greats at the poker table. I personally don’t care about what he’s done off the felt. Of course the stories of high stakes golf or marathon sessions at the craps table are fun to hear about, but it doesn’t have anything to do with his poker prowess. Phil Ivey should be regarded as a poker great and nothing else. The more we talk about the edge sorting, the less Ivey is remembered as he should be.

Ivey gave the casinos a taste of their own medicine

Casinos are predatory in nature, especially when it comes to table games and slots. They offer patrons games of chance that significantly favor themselves. Despite all of the gaming odds information being readily available to the public, it is still a predatory industry. Ivey and Sun simply did what casinos have been doing to their patrons for centuries.

Ivey and Sun used their status to gain an edge over their opponent in a game of chance. Where casinos use their infrastructure and gaming licenses as their status, Ivey used his fame as a way to create a favorable gambling situation. I see no reason why we should be against Ivey when he was simply doing what casinos do to everyone else. In fact, I applaud him for being able to pull one over on the casinos at a game that should favor them.

Despite gaming commissions condoning edge sorting as a form of cheating, it doesn’t really feel like it is. For example, most people assume counting cards at blackjack is considered cheating, but they are wrong. Counting cards is a legitimate form of advantage play. Casinos have the right to refuse service to anyone and back card counters off of their tables, but it is not illegal. Card counting is using a skill that was practiced and applying it to the readily available information to make informed betting decisions based on the cards that are most likely to come next. Edge sorting is similar, where the skill of noticing small imperfections is used to determine if the next card is good or bad for you. They aren’t exactly the same, but they are pretty similar.

It is being handled by the courts

There have been numerous court proceedings for this case at this point, so there are no more mysteries about it. People no longer need to speculate about exactly what occurred. Ivey willingly gave testimony outlining exactly what they were doing and why they made their requests. He never denied edge sorting, but said it was a legitimate form of advantage play and not cheating. Unfortunately, so far the courts have disagreed with Ivey, and more proceedings are coming.

Due to everything being laid out in court, we don’t need to keep harping on the details. Let this play out and we should leave the past in the past as a community. Poker doesn’t need to be flooded with more non-poker content, especially of this nature, so let’s leave this one to the courts.

The poker community went years without seeing much of Phil Ivey. The days of Ivey headlining stellar High Stakes Poker lineups or being on the feature table of various WSOP tournaments seemed long gone. While we did get to see some of him and Tom Dwan in the Trition high rollers, it felt as if Ivey was retiring from the limelight for the nosebleed games in Macau. However, that has recently changed.

In a 2020 interview between Phil Ivey and close friend and colleague Barry Greenstein, Phil remarked that he has a reignited passion for poker. He is back to playing the game often and looking to crush the tables like he was back in the mid 2000s. Not that Ivey ever stopped crushing the tables, but it seems as though for the first time in years we will get to see more of him. Ivey is in the newest season of High Stakes Poker, a welcome sight for poker fans. It appears this reignited poker passion is going to be for everyone’s benefit. Plus, he’s been crushing it lately in poker tournaments, too!

We have been friends for over 20 years and I’m always happy to see him crushing.

Imagine if he plays the WSOP this year? pic.twitter.com/YiW38NZ3xN

If we allow the edge sorting scandal to continue to dominate discussions and stories about Phil Ivey, we may miss the very thing many people have been waiting for: Phil’s full-time return to televised/streamed poker. Personally, I am a kid in a candy store seeing names like Ivey and Dwan headline televised poker games. The last thing I want is for the lede to get buried by everyone fixating on the edge sorting scandal.

I understand the fascination with the edge sorting story. Phil Ivey, one of poker’s biggest names, is embroiled in a “cheating” scandal with two casinos worth roughly $20 million. It makes for great headlines. Dig deeper and you hear stories of the pair making oddly specific requests to play baccarat for $150k per hand. All of this culminating in multiple lawsuits where the pair are losing at every turn. Of course that is an interesting story. But the story is played out. There are no more details to uncover, no more monster sessions to report, and no more surprises. It’s time to move on.

Let’s get back to the Phil Ivey coverage that matters. Nosebleed cash games, insane bluffs, six-figure golf outings, and everything else that made us come to love Ivey in the first place. Let sleeping dogs lie and let Phil Ivey be the man we know: one of the greatest poker players of all time.