Get to Know the Poker Media: Mo Nuwwarah

I’m happy to have had the pleasure of meeting poker writer Mo Nuwwarah twice now, once at the PokerStars Caribbean Adventure and again just recently at the World Series of Poker. A quiet, unassuming fellow, he struck me as a very dedicated, hardworking individual who was passionate about his work. 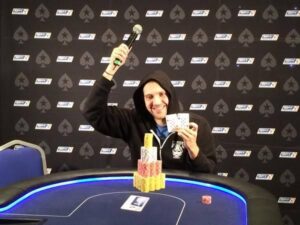 Mo winning the media tournament at the 2015 EPT Grand Final

Fully knowledgeable about all things poker and unafraid to get his opinions out there when editorial pieces are called for, it’s easy to appreciate Mo’s poker writing. Because he was busy working so hard at both events, however, I unfortunately didn’t get the chance to have an in-depth conversation with him, like I did other members of the poker media. For that reason, I was interested in lining him up for an interview as part of our ongoing “Get to Know the Poker Media” series. I’m happy Mo agreed, and it’s a pleasure getting to know him a little better via his answers.

Specifically, I had no idea with regards to his partially Palestinian heritage. As a complete aside, I think it’s wonderful that he and I, an orthodox Jew living in Israel, can get along and have a good relationship with one another. I’m sure we’ll have plenty more to talk about if and when our paths cross again at a future poker event.

Without further ado, I invite you to enjoy Mo’s story.

After I graduated from college in 2011, I took the summer off and then tore my ACL. A year later, in the fall of 2012, I finished my rehab and began looking for jobs. I looked on PokerNews and saw they were hiring live reporters. I applied and did not hear back. About six months later, in spring 2013, I was curious and looked on the site again; the ad was still there. So, I tweeted at PokerNews and asked if they were hiring or not because I had sent something in and heard nothing.

Donnie Peters, who is now my editor and boss, tweeted back and told me to email my stuff directly to him. I ended up getting hired for the 2013 WSOP and Chad Holloway trained me right down the road from my home in Omaha at WSOP Circuit Council Bluffs. 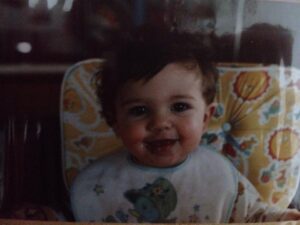 It’s not often that an interviewee sends me a baby pic… Mo’s is pretty cute, eh? 🙂

I believe 99% of my work has been for PokerNews. The only time I can think of that I worked for someone else was when I covered a WSOP Circuit event in Tunica in 2015, just before I was brought on full-time.

My favorite gig was probably the 2015 WSOP, our first year not live reporting. I really got to stretch my wings as a writer and I think that, as a team, we just produced a bunch of great content.

My least favorite gig would be any time I worked in Tunica, which I think was twice. The place is awful.

Poker is such a beautiful game with so many levels of depth. Being around the game allows me to think about the game constantly, and having this job has elevated my own level of play by so much. Yet, there are still so many players who have reached levels far above me.

My last job before getting into full-time poker writing was waiting tables, which I did concurrently in between my live reporting gigs. I spent about four years doing that.

In between tearing my ACL the first time and getting hired by PokerNews in 2013, I spent summer of 2012 painting streets as a temp and then got hired to work in an AAA call center in Omaha. I also played poker for a living when I was a college student, from 2008-2011.

I’m 29 years old, born and raised in Omaha, Nebraska. I grew up as the oldest of four siblings with three younger sisters – the youngest of the bunch is about to turn 22. My dad is Palestinian, my mom is a white American; both are remarried.

I’ve been dating a great lady named Lisa for over four years, and she has an eight-year-old son named Adrian. 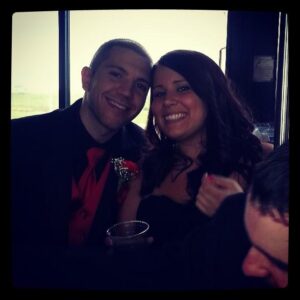 Almost all of my poker nowadays is played in casino poker rooms. I came up in home games as well as playing for small stakes online. I try to play as much as I can, but there are definitely times that I go a month or more without seeing a hand.

Although, like most, I initially played sit n’ gos, cash game poker was my first real love. I have been transitioning more and more to tournaments though. I guess seeing people win tournaments gives me the itch to win one myself.

The strangest thing I’ve ever heard someone say about poker media is probably when Joe McKeehen proclaimed that we make more money than professional poker players. If only that were true, Joe. 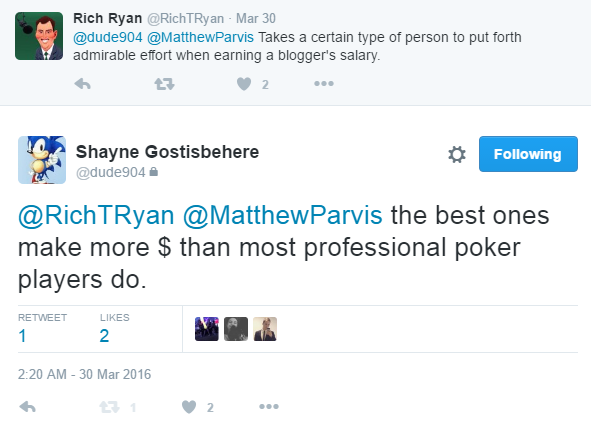 I do a bunch of work for PokerNews‘ sister site, FantasyWired. When I was freelancing, I was lucky enough to lock up a job waiting tables at a place that was willing to be super flexible with my hours, so I could take chunks of time off for live reporting gigs.

I love to watch sports, bet on sports, play fantasy sports, and play sports. Unfortunately, that last hobby has caused me to need two knee surgeries, so I might have to take up golf or something instead of the high-impact stuff. I also enjoy running, lifting weights, cooking, and drinking a delicious IPA or red wine.

Feature pieces, especially where I can get quotes from multiple sources, are probably the most fun.

I look at them like a puzzle; how do I put this stuff together in a way that makes sense and tells the story I’m looking to tell?

I want to win a big live poker tournament. I’m not exactly sure how I define “big” but I feel like I’ll know it when it happens. I’ve been close a bunch of times, but it just hasn’t gone my way at the end.

Career-wise, I’d like to go down to Australia to cover the Aussie Millions and something in Macau at some point. 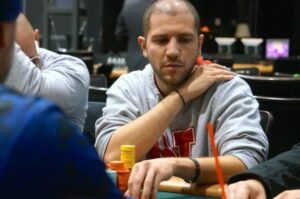 If you bet the river as a bluff and someone calls you, just flip your damn cards over. Please, and thank you.