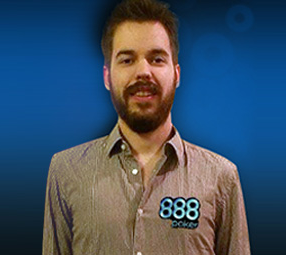 Nitsche has been one of the world’s most dominant poker players of the past few years notching:

To make a big splash on the live poker scene means you need to travel the globe and play in the biggest, most prestigious poker tournaments. Nitsche has certainly racked up the frequent flyer miles as, according to his Hendon Mob page, he has cashed in no fewer than 25 countries. And to those of you who caught my pun in the above subtitle re:  the old German currency, more power to you 🙂

According to Pokerscout.com, 888poker has had a pretty firm lock on the #2 spot amongst online poker rooms for a good while now. From where this poker writer sits, it’s great to see that the company’s excellent performance is leading it to invest further in poker in this way.

Clearly, 888poker’s move is meant to help them establish more of a presence in German-speaking countries. Though he currently resides in Scotland, tapping Nitsche to be their new “Mr. Deutschland” is a great move. More than just a top player at the felt, away from the felt Nitsche has a fun-loving personality that will surely translate well towards being a top ambassador for the company (if you haven’t yet done so, follow Dominik on Twitter for some great pokertainment).