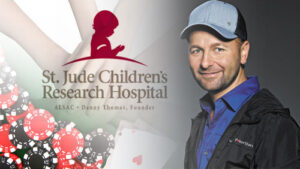 Taking place at the fabulous Vdara Resort and Casino, the star-studded red-carpet event raised hundreds of thousands of dollars to help benefit children afflicted with all manner of catastrophic diseases. Among the night’s honorees were Antonio Esfandiari and Phil Hellmuth, who were recognized for their benevolent support of the cause.

So excited! Been working on this event https://t.co/16C4UYHZEr for 2 years now and it’s happening tonight! Those who attend thanks in advance

Event attendees paid anywhere from $1,000–$10,000 for a seat at the tables, giving them a chance to win one of the dozen-plus prizes that had been donated for the proceedings. 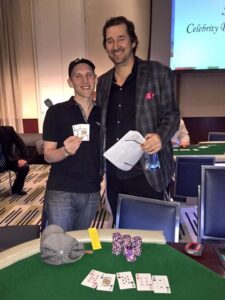 Prizes that could be won for a $1,000 buy-in (donation) included a Brunello Cucinelli mink jacket, enrollment in a Choice Center Leadership Course, and the right to participate in next June’s FedEx– St. Jude Classic Celebrity Golf Tournament.

For a $1,500 donation, entrants had a shot at winning 2015 PokerStars Caribbean Adventure package. This was won by none other than poker pro (and self-professed Negreanu protégé) Jason Somerville.

Those attendees who bought in for a $2,000 donation had a shot at winning a “Choose Your Destination” Azamara Club Cruise, among other prizes.

Donors who wanted a crack at winning a 5-night getaway in Fiji or a private poker lesson with Negreanu bought in for $2,500.

Reserved for the event’s biggest donors ($10,000 apiece), however, was the chance to win the granddaddy of them all: a brand new Corvette Stingray. One generous donor, Poker Royalty super agent Brian Balsbaugh, clearly realized that he didn’t know how to play poker as well as the many pros present, so he chose to enter his good friend and client Phil Hellmuth into the tournament instead of taking the seat himself. Balsbaugh’s gamble paid off in spades as Hellmuth notched the victory, beating out luminaries like Negreanu and 2013 WSOP Main Event Champion Ryan Riess in the process. 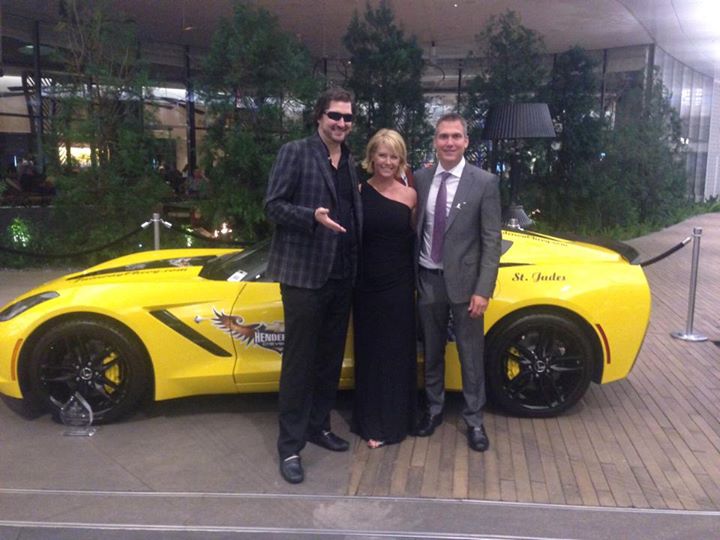 The Power of Charitable Poker Giving

We’ve written before about Negreanu’s commitment to charitable giving, his efforts on behalf of St. Jude’s in particular. Yet, it’s still astonishing and heartwarming to see the power that the world’s best-known poker players have to do good in the world via their altruistic efforts. Moreover, in looking over the list of committee members who helped organize the event, other big names like Michael and Nick Binger pop up, along with that of Xuan Liu. It’s just great to see professional poker players doing their part to give back.

For all of the glitz and glamour of big-time fundraiser events like these, beyond the shadow of a doubt, the biggest winners are the children in whose names the monies were donated.

You can give back too! Click here to donate to St. Jude’s or have a look at our other charity poker partners.