The Case for Electing Victoria Coren Mitchell to the WiPHoF

A couple weeks ago, I was offered the chance to be a part of the media and industry voting panel for the Women in Poker Hall of Fame (WiPHoF). Firstly, I would like to thank the WiPHoF Board Members for extending me the opportunity in the first place; I consider it a tremendous honor and responsibility. Upon receiving the email with the invitation, I thought back to the lengthy “women in poker” article I penned a couple years back, and reflected on the slow but steady progress being made with regards to including and involving more women in a historically male-dominated game. Change doesn’t happen overnight, but it’s refreshing to see the spotlight shining more brightly on women in poker in 2016 than ever before. 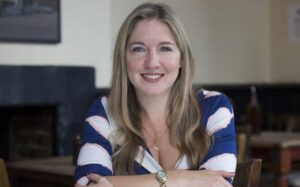 Apropos spotlight, a number of highly qualified candidates were put forth for voters’ consideration, including (in alphabetical order): Debbie Burkhead, Karina Jett, Victoria Coren Mitchell, Mandy Glogow, Shirley Rosario, Esther Rossi, and Jennifer Tilly. With 10 votes at my disposal, I was originally inclined to split them amongst multiple nominees; then I reconsidered. While it goes without saying that all of the nominees are deserving of recognition, my opinion is that – this time around – one nominee in particular deserves to be induction to the WiPHoF ahead of the others: Victoria Coren Mitchell. 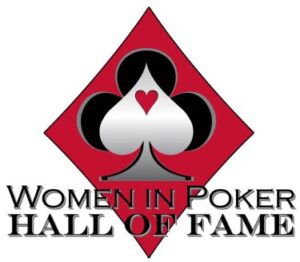 Some of the aforementioned nominees’ names may not be familiar to the casual poker fan; admittedly, there were a couple who I learned of for the first time as well. While I took the time to learn more about each nominee’s involvement in and contributions to poker (and you should too!), I couldn’t shake the feeling throughout my deliberations that notoriety HAD to play some sort of role as well in my decision making. My reasoning specifically had to do with one of the four qualifications for inclusion as a nominee, namely that: “Player/industry leader must be a proponent of women in poker.” Thus, the scale on which a nominee promotes/advocates on behalf of women in poker, by definition, must be a factor as well.

I am all for appreciating the efforts of women who have worked tirelessly behind the scenes. With that said, the efforts of those whose work and accolades occur on the more public stage have a far greater impact. As far as achievements on the felt, Coren Mitchell is in a class of her own, with approximately $2.5 million in winnings and an unprecedented two EPT titles to her credit. Beyond the felt, she’s been a public figure in the UK since well before the poker boom, namely as a published author and columnist. As poker gained in popularity, Coren Mitchell frequently used her fame and celebrity status to promote the game both on the whole, and to women in particular. For a time, she was also sponsored by PokerStars, which gave her an even higher and more far reaching platform from which to promote the game.

Undeniably, throughout numerous interviews and articles, countless TV appearances, and of course extensively on her own website, Coren Mitchell’s enthusiasm and love for poker shine forth. She makes you want to care more about poker, and I’m positive that her ebullience and charm has translated into thousands – if not tens of thousands – of women becoming more interested in the game over the years.

While Victoria Coren Mitchell has been noticeably absent from poker over the last year and a half, due to her taking time off for maternity leave and to spend with her firstborn child, she just recently returned at the EPT Grand Final.

I’m sitting down to play EPT Monte Carlo – my first EPT for 18 months. After that kind of gap, frankly, I’d be embarrassed not to win it.

Here’s hoping that the timing of her comeback is no coincidence: I think it’s Vicky’s time to shine brightly once again, as the newest member of the Women in Poker Hall of Fame.