A Brief History of Secret Black Poker Clubs in America

Official records of secret Black social groups and societies in the United States go back to 1899. These clubs gave Black Americans a safe space to rest, drink, and socialize. Among the social activities was playing cards. However, in 1942 a group of Black professional men in Washington D.C. founded the nation’s first Black secret social club solely dedicated to poker. The Brookland Literary and Hunting Club is legendary in some circles and communities. Though none of the founding members are current members, the club itself still exists.

But first, a bit of history. 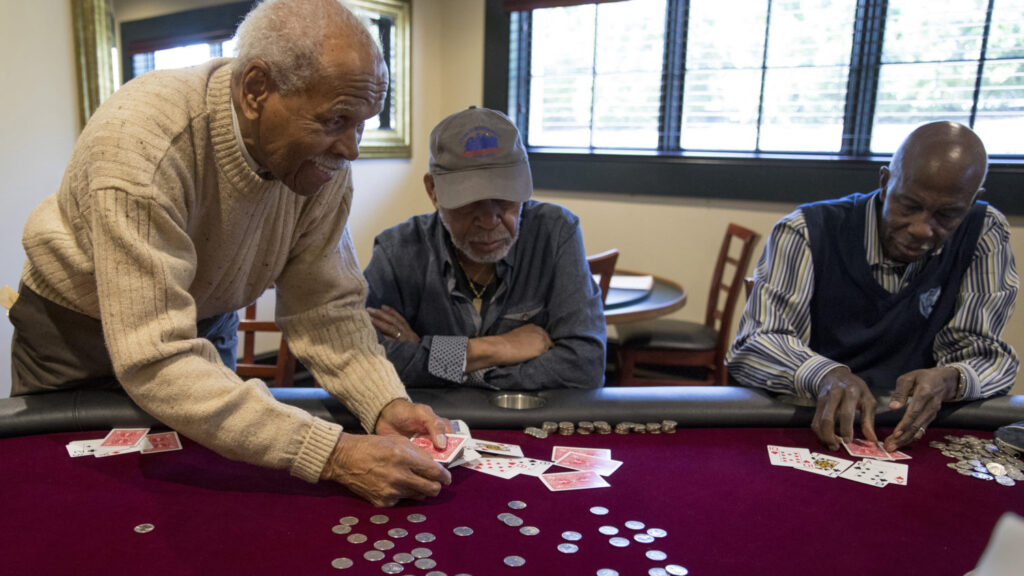 After the abolition of slavery, owning a saloon was one of the few opportunities in which Black people could legally engage in entrepreneurship. Though now free, Black Americans found themselves still subjugated, this time to Jim Crow laws that lasted for close to 100 years. The rules were “state and local statutes that legalized racial segregation,” which forcibly delayed Black Americans from being openly welcomed into society. As a result, Black communities, spaces, and leisure activities expanded. However, their thriving caught the eye of the temperance movement that used its disdain of alcohol to mask a more insidious reality.

Through propaganda, the Anti-Saloon League jawboned on behalf of the temperance movement and lobbied congress. Prohibition was legalized due to the racist belief that Blacks, Jews, and other minorities were a “threat to wholesome white families.” The spaces in which they engaged in leisure activities were painted as being detrimental to American society. Indeed, a high percentage of Anti-Saloon League members were also members of the Klan. To keep socializing and protect their lives, Black social clubs went ‘underground.’

Owning saloons, running numbers and card games were how many free Black Americans supported their families and communities. Remember, their freedom did not come with tools by which they could be self-sufficient — a move that forced some to remain on plantations.

These Black-owned saloons were not homogenous. Some had prostitution and rowdy activities. Others like the Metropole Club in Washington, D.C., targeted upwardly mobile and genteel Black folk. Regardless of who the core customers were, Black establishments were targeted by law enforcement and racist gangs at a disproportionate rate, even after Prohibition was lifted in December 1933. But no matter how hard racist factions tried, Black folk were still going to meet, especially to play cards.

Card playing is an integral part of Black culture. Card games were popular in 17th-century South Africa, and records show that enslaved people in the Antebellum South gambled regularly. Secret Black poker clubs also rose in popularity amongst the middle and professional classes. Jim Crow laws prevented Black people from being members of country clubs and established social organizations. So, they formed their own. This, too, was Brookland Literary and Hunting Club’s origin story.

Tom Taylor, who once served as the club’s chairman, died last September. However, in a documentary about the club, he shared the origins of its name. “It was literary because of discussions we’d have — of civil rights and so on. And it was hunting because we played the cards, and you’re always hunting for a good hand,” he said.

The group comprised university professors, doctors, lawyers, and other Black professionals and still exists. In 2018, the club was profiled on WAMU — a National Public Radio station. Listeners learned that “Early members of the group included William B. Bryant, who served as the first African American Chief Judge of Washington’s federal court and H. Minton Francis Sr., a retired Army colonel and former administrator at Howard University.” Fun fact: Francis Sr. was one of the few Black West Point graduates at the time. Howard University is arguably the most prestigious Historically Black College and Universities (HBCU) in the United States. Many of Brookland’s members were graduates and professors there. But the then-president of the university hated poker, so the men met at each other’s homes.

For decades underground card clubs were the backbone of Black nightlife and an integral part of community social calendars. Whether they were located on plantations, on riverboats, in the backrooms of shops, in restaurant basements, on farms at the edge of town, under a tent, or in living rooms, they allowed Black Americans to play poker and other beloved card games. This ingenuity and indomitable spirit emboldened Black businessmen like Don Hamilton Barden, who became the first Black American to own a casino — Fitzgeralds — in Las Vegas.

There’s no denying the legacy and impact of the Brookland Literary and Hunting Club. However, it does not fully encompass the history of secret Black poker clubs in America — of which a lot is oral and not officially documented. This is definitely a raw deal. But today, poker is such an inclusive sport that whether it’s a hand of  Razz or Texas Hold ’em, there’s kinship around the table.

Vaughn Stafford Gray is a Jamaican-Canadian lifestyle and culture writer, professional ex-pat, and Malcolm Gladwell super fan. He recently took up playing poker and pretends that his tells aren’t obvious.