5 Ways to Improve the WSOP Colossus for 2016

I’m #1,454! In most poker tournaments, that wouldn’t be much of an accomplishment. But when the field exceeds 22,000, I’d say I did okay. The 2015 World Series of Poker Colossus event was a great experience. I had a good time, although I’m disappointed with how my tournament ended. I entered Day 2 with a big stack and busted 4 hours later after what seemed to be 50 bad beats. It was one of those days where you swear you’re done with poker only to hop into a game an hour later after calming down. 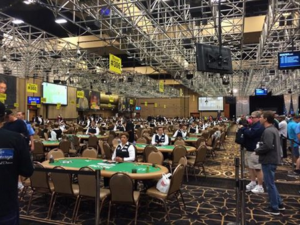 I made $2,125 for my efforts but, if not for a series of those aforementioned bad beats, I would have made a much deeper run. With that said, I’m glad I played in this event and it’s cool to be able to say I cashed in the largest live poker tournament in history.

As well-run as the Colossus was, and as admirably as the WSOP staff handled the mindboggling logistics, the general consensus is that there was room for improvement. The top brass at the WSOP, namely Seth Palansky, Ty Stewart, and Jack Effel, are widely respected for listening to the players and continuously working to improve their events, even calling the World Series of Poker itself “a public trust”.

The positives of the Colossus far outweighed the negatives and I’m sure I’m not alone in hoping to see it return to the WSOP schedule next year. If this were to happen, I would like to humbly suggest that a handful of tweaks and small changes be made to perfect this unique event.

1. It shouldn’t take hours to get paid

After I bust out of a tournament, I want my money right away. Wouldn’t you? Unless I win the tournament outright, I’m usually upset following the final hand. So if I have to wait long to get paid, let’s just say I’m not going to be a happy camper. After I busted yesterday on Day 2, I noticed a massive line of players waiting to get paid. I decided to go home (I’m a Las Vegas local) and come back the next day (today) instead of waiting for hours. Thanks to WSOP Media Director Nolan Dalla for the reminder:

Reminder to those fortunate enough to cash in Colossus….not necessary to wait in payout line if you’re in system, can cash out later

As it turns out, the computer systems crashed and only a few players ended up getting paid last night. I came back at 9:00 AM this morning, and still ended up having to wait 3 hours in line before finally getting paid. I can only imagine how frustrating this process was for the many, many players who needed to drive back out of town or fly home to get back to their regular lives. Surely, additional cashout points at the Rio (or even at other Caesars properties) would do a lot to solve this problem. 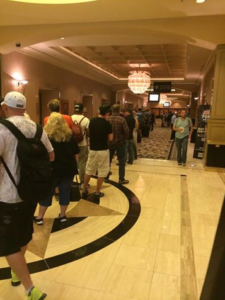 2. Skim a little less off the top

Caesars Entertainment does a phenomenal job of putting together the WSOP each year. It’s a tough job and they deserve their fair share. Of course there are tons of expenses involved in running an enterprise that big. But I was a bit disappointed when I found out the payouts (I wasn’t the only one). It just felt to me that the house simply took more than they ought to have taken. And that brings me to my next point…

3. Be more open about payout structure

Contrary to popular perception, the WSOP did, in fact, release the payout structure for the Colossus prior to the event, but they made it a bit difficult to discover.

@Mike_McP @ianohara2 We disclosed it, as standard payout structure. We always disclose when deviating, like Milly Maker.

None of the players at any of my tables had any idea how much we were playing for until the payouts were announced on Day 2, right before we made it to the bubble. The prize pool exceeded $11 million, but “only” $638,000 is given to the winner (less than 6%). If the event returns next year, I would like to see the WSOP make a better effort to communicate and disseminate the payout structure to the players in advance.

4. Entice the top pros to play

The Colossus was an enjoyable experience but I was disappointed that very few big-name pros played. I got the impression that some pros avoided the event because they thought a $565 buy-in was beneath them (or perhaps just too much of a crapshoot?). I feel that the Colossus could be improved if there were more “household name” players such as Ivey, Negreanu, etc. competing.

How could the WSOP entice the heavy hitters to play the Colossus? Simple: Put a $100 bounty on a few dozen or so big-name players and put their faces on all Colossus marketing materials. Getting the big names into this event would do wonders for the long-term success of this event. 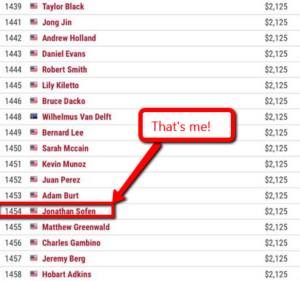 To me, it seems like a no-brainer that a few thousand dollars less in rake for the WSOP would end up providing huge ROI. Bring on the bounties!

Those of you who played in the Colossus must surely understand my frustration with the bathroom setup on breaks. I didn’t even bother standing in line on breaks. I just held it in until the end of the day. I’m sure my bladder hates me right about now. I really don’t know how to improve this situation because there are only so many toilets in the Rio to service thousands of players all at once. However, I would like to see the WSOP staff figure something out and improve the situation by next year. If not, I’m bringing my own portable toilet to the table.

I want to reiterate what I said at the outset: I had a great time playing the Colossus. It was a great experience and I’m glad I entered. Thanks again to the WSOP for making it happen. Just as we poker players are constantly challenged to up our game for peak performance, the WSOP can also work to up their game in time for (hopefully) running Colossus II next year. 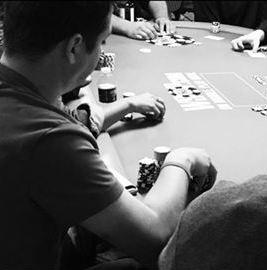 I’d love to hear what other Colossus entrants thought of the event and what you think of my suggestions. Do you agree? Disagree?

Do you have any other ideas as for how to improve this event? Go ahead and comment below or on the Cardplayer Lifestyle Facebook page.

My solution for the bathroom issue is to go on a walk. Just walk out ty o the main casino (I did it in under 5 minutes), do your bathroom duties and walk back. Its good exercise too.

The annoying part was being moved to New pavilions hill the clock was running. They literally told us to bag up our chips and follow them into a new Pavillion which meant we lost at least 10 to 15 minutes of play..

Ouch – that sucks! I totally hear you on that… Perhaps they’ll improve this detail next time.