Our collective love of gambling and the thrills and spills, ups and downs that it brings with it has inspired some masterpieces in the cinematic world.

Some of these use poker, blackjack, and other popular card games as the vehicle to relay the excitement and visceral emotion that these games can engender in players and have resulted in films that can, to some extent, be used as tutorials for players or perhaps more effectively as a cautionary tale.

These live casino games are the bedrock of the tales created in the selection of movies we’ve compiled, all of which are thoroughly enjoyable viewing and also have a great deal to impart on viewers who may themselves fancy their chances of betting big, sometimes against the casino, and winning even bigger.

This Matt Damon film has a cult following, and it’s not hard to see why. Everything about the movie oozes class, and by all accounts, it’s a fairly accurate representation of how the game works. It’s basically The Color of Money but with poker in place of pool.

All human life is here. The film shows us the different types of characters you might encounter at both a seedy game in a dive bar or high-end stakes action in a classy casino, and it’s a damn funny movie at times too.

Arguably John Malkovich steals the show with his outrageously over-the-top turn as Teddy (KGB) that has to be seen to be believed. 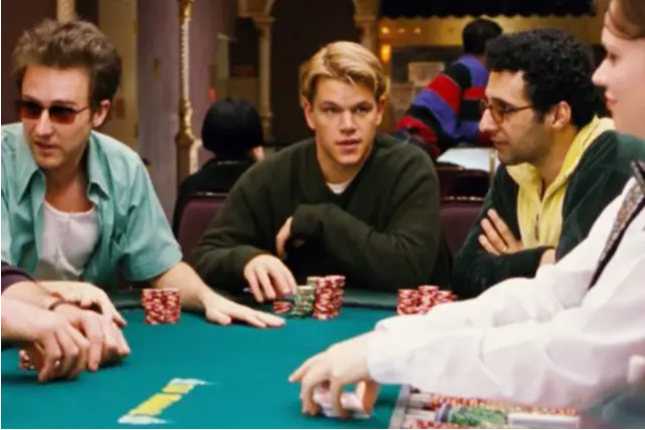 This is an underrated movie and one that pushes all sorts of buttons. In this buddy tale, Ben Mendelsohn’s Gerry is a real loser, in more ways than one, and he decides to hitch up with younger, more charismatic Curtis (Ryan Reynolds) in a move to win back their respective fortunes.

It’s a relationship that is, of course, doomed from the start, but there is something lovable about the way they aid each other in their downward spiral. The movie has a sweet and smart ending, and though it didn’t prove a box office hit, it is a well-intentioned film that works on many levels. 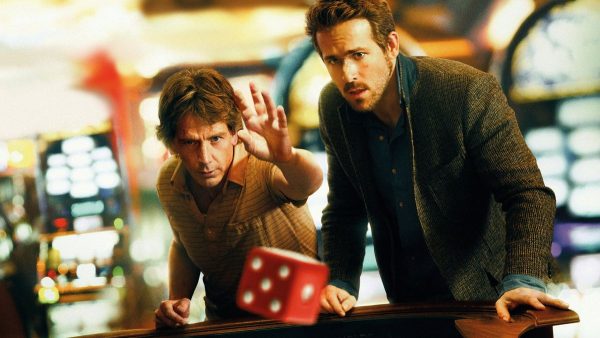 This classic isn’t solely based on poker, though one of its best and most memorable scenes takes place in a poker game on an Amtrak train. The George Roy Hill film sees Paul Newman and Robert Redford team up in a rip-roaring tale of deception and revenge.

Young grifter Johnny Hooker (Redford) sees his friend killed in cold blood, and he vows to make gangster Lonny Donegan (Robert Shaw) pay for it, taking up with experienced, but washed out, Henry Gondorff (Newman), who is there to help him take Shaw to the cleaners.

The film features an archetypal poker con on a train, where Newman successfully swindles Shaw in the first part of a series of tricks and rip-offs that lead to the big payoff. 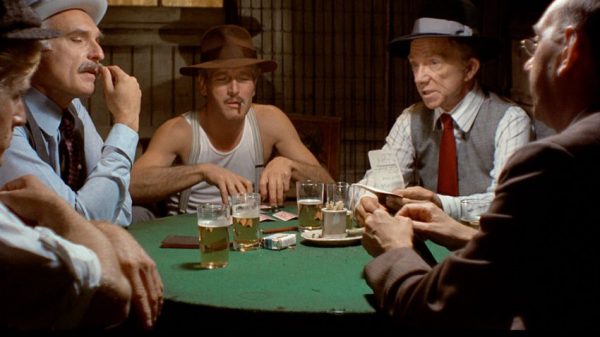 This film takes the ideas around card counting that are touched upon in Rain Man and brings a twist with it. The film is based on a true story about how a group of MIT students who work out how to bag millions at a Las Vegas casino.

Here a group of mathematical geniuses, coached by Kevin Spacey and led by cocky youngster Jim Sturgess, run amok and, through a series of scrapes and clashes, win big but at what cost? 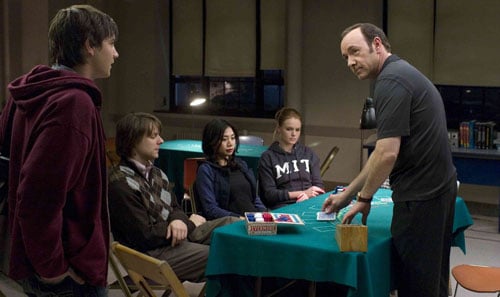