Home POKER OP-EDS Which How I Met Your Mother Character Is The Best Poker Player?
POKER OP-EDS

Which How I Met Your Mother Character Is The Best Poker Player?

One of the more beloved TV comedy series of the past decade is slowly drawing to a close. How I Met Your Mother is currently in its 9th season and we’re all finally about to learn precisely how the series’ main character, Ted Mosby, met his children’s mother (whose name still hasn’t been revealed). Having watched every episode and being a big fan of the show, I naturally got a little extra excited to watch episode 5, entitled “The Poker Game”. I’m not going to spoil anything for those who may not have seen it yet, but let’s just say it’s not exactly as though the poker game played during the episode actually took center stage as the main plotline.

Is the show’s best player sitting at this table? Read on to find out.

That said, it did get my creative juices flowing as I wondered who among the How I Met Your Mother characters featured over the years would be the best poker player. Aside from the 5 main characters in the show, a number of other more minor characters figured into my analysis. While the show’s creators took a more light-hearted approach to the subject, you might be surprised as to whom I picked as tops among the cast, based primarily on character traits and poker-related qualifications.

Always good to start off with the main character. Any guy who does not know that his parents have divorced, and have been for all intents and purposes been living separate lives while putting on a fake front, will never be able to tell if another player is bluffing! Ted would, however, be a great poker opponent to play against. Simply smile and wink at him and this fish’ll give you all his chips, and then some. The art of not showing any tells when playing poker is an attribute all players strive to achieve. Just a few subtle hints as to the Mother’s identity were dropped over 9 years and, even now that we’ve seen her face for the first time, we still barely know anything about her. To be sure, she’d be a tough cookie at the poker table; and if you’ve seen episode 1 of the 9th season (“The Locket”), you’ll know exactly what we’re referring to. 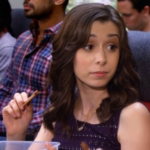 We can of course discount Robin as the best poker player on the set of the show, for anyone who performed “Let’s Go to the Mall” or the mind numbing “Sandcastles in the Sand” probably thinks “poker” just refers to something for sticking in an open fire. On the other hand, as a proud die-hard Canuck, she could probably rattle off the names of Canadian bracelet winners and those of the top 10 best poker sites in Canada without missing a beat. Ah Ranjit! Any limo driver who would abandon his customer and instead pick up a damsel in distress gets a thumbs-up in our book. That said, he seems to consistently exhibit a fascination with people and conversations that are simply none of his business. Seated at a poker table, I wouldn’t be surprised if Ranjit was constantly angling to try and get a look at other players’ hole cards and rabbit hunt the deck. Not someone I’d want to play poker with and not someone I’d attribute any special poker skills to. 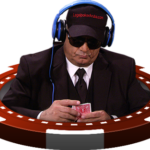 But soft, the fair Victoria, whose pearly whites glisten like the jewel in an Ethiop’s ear. While Ted Mosby would likely borrow Shakespeare’s words to describe Victoria’s beauty, I can’t possibly see anything beautiful about her poker game. Sure she can make a good cake and crack a nice smile, but if she can’t decide on who her perfect man is, how on Earth would she ever be able to make decisions at the poker table? I’m calling the clock on this one. 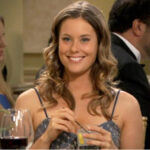 Stella! Whether uttered by Brando or by Ted Mosby, the name can’t but make the hairs on your arm stand on end. On the one hand, anyone who can remove a Butterfly tramp stamp tattoo is obviously talented and probably knows a few fancy moves and tricks to use at the felt. On the other hand, anyone who can dump someone as sweet as Ted at the altar is probably someone who, when push comes to shove, would fold the best hand under pressure from an opponent. 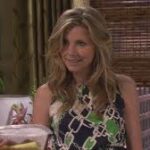 You may think a lawyer may have the tools and skill set required to play good poker, so in that sense Marshall fits the bill. Plus, he’d probably take copious poker notes on his legal pads. However, it’s a well-known fact that anyone who takes part in Baskiceball is going to be crying like a baby when his hand gets beaten. Moreover, being able to play ice hockey with a mix of basketball does not necessarily guarantee nor make for a serious poker player! Nora is the archetypical woman scorned, and who can blame her after having to put up with someone like Barney. She’d probably pull every trick in the book when playing poker. However, as she only has one man in her vengeful sights, this may leave her open to other players wiping the floor with her at the table. 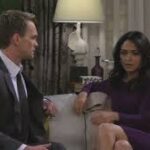 Well, if the game we were talking about was strip poker, declaring a best player from How I Met Your Mother would be a cinch. Even so, Quinn is high up on our list of possible good poker players. Anyone who works at the Lusty Leopard and is a master (mistress?) at conning people should surely know how to play a good or even a bad hand at the poker table. That said, poker’s not just about the bluffs. Sometimes you just have to have the goods. 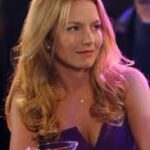 While Lily would certainly make for an excellent poker player, she may not be the best among the How I Met Your Mother cast. On the one hand, she’s got a hellish stare that would probably make Phil Ivey blush and burn through Greg Raymer‘s fossilman shades! That said, when she’s staring you down with those piercing eyes, she is probably not trying to read your poker hand. Instead, Lily is probably trying to think what you would look like naked. And it probably wouldn’t matter if you’re a guy or a girl – yikes! 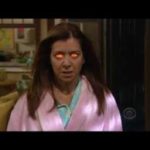 The immensely talented Wayne Brady brings tons of fun to the show as Barney’s brother James. Women poker players wouldn’t have a lot to worry about with James, but good-looking male poker players better watch out, as it may not be their poker hands he is trying to read! Though a master of improv, I just don’t think poker’s in Brady’s (or James’) repertoire, since you’ve gotta be able to handle all types of players at the poker table, not just the men. 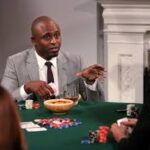 Zoey might be a decent poker player, but I just would not play poker against her as I’d be worried about her stalking me if I managed to pry some poker chips away from her. She’s definitely got plenty of cunning, which would serve her well against a wide variety of opponents. At the same time, however, she’d be just as likely to have a big target on her back, which could only work against her in the long run. 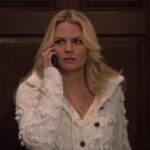 Kirk? Crunch? Picard? America? Robin Williams’ character from Dead Poets Society? Nope. And we’re not talking about Tom Franklin either. To How I Met Your Mother fans there’s only one true captain and that’s “The Captain”. While the Captain may be an intimidating opponent, his sole passion in his life determines that the only thing he would care for about poker is the common name for a full house (a boat!). As such, he is unlikely to sail away with the pot anytime soon. 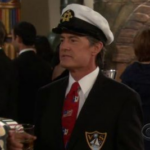 Wouldn’t you know it, the best poker player from the How I Met Your Mother television show has just got to be Barney. He’s AWESOME and he’s clearly got all the characteristics of a winner.

First off, he’s an expert Laser Tag player. That means he’s got an excellent feel for strategy and marksmanship, two critical qualities needed in poker. Surely, if someone would ever utter the words “raise” or “reraise”, Barney would simply counter with “Challenge Accepted!”

Making the right move when playing any poker hand is critical to winning. Thus, when it comes to making moves, there’s nobody better at ’em than the author of the Bro Code. Moreover, I could quite literally imagine Barney rechristening World Series of Poker jewelry as a “bro-celet”, couldn’t you?

Ever the fan of connectors, especially if they’re suited-up, there’s probably not a single poker player in TV land who could throw Barney off his game. Add to that the fact that Neil Patrick Harris, who plays Barney, is a real-life magician cut from the same cloth as Antonio Esfandiari, and we’re clearly looking at the best poker player from How I Met Your Mother, hands-down.

Do you also think Barney would be the best poker player from among the cast of How I Met Your Mother? No? Then who? Let us know in the comments section below or on our Facebook page.

*Ed. Note: All images in this poker blog post are used for illustrative purposes only.