What the Hell is GTO?

A friend who is a statistics consultant once told me “You are the only person who talks about game theory that I think actually understands it.” While that may have been true when he said it 10 years ago, more and more poker players these days understand and utilize game theory in their play. With that said, most players are only familiar with the term GTO or perhaps have a vague understanding that it means an attempt to play perfect poker. But many of you out there might be wondering what the hell poker players actually mean when they talk about GTO? 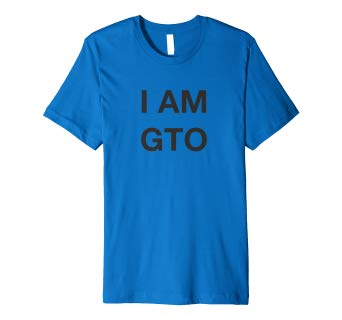 Game Theory is the study of competitive situations (games in this case) and how to maximize wins or minimize losses in specific situations. Until recently it was most commonly used by military planners, computer scientists, and academics. Game Theory Optimal (GTO) is simply a way to describe the best possible play.

But sometimes there are multiple meanings for this word when poker players use it.

A play can be GTO against other perfect play, making it “unexploitable”. Or it can be GTO against (your assumption of) an opponent’s range. It can also be GTO against the weaknesses in their game, which we often call “exploitative”. That last bit can be pretty fuzzy because it depends on how accurate our estimates are of their skills and tendencies. Let’s look at a quick game I made up years ago to explain Game Theory to my students called “Poker War”.

An Introduction to Poker War

Poker War helps us to see the difference between a Nash Solution, which is unexploitable, a better Nash solution (sometimes there are more than one), and the best play against a weak opponent.

In Poker War, we play the old card game war. Each player starts with a shuffled deck of cards and flips them one at a time. The highest card wins during each flip. The game is played heads up. So far there is no skill involved. But then we can add the poker element to it, which involves betting.

Each player takes a marker before the game starts and writes a number from 1 to 5 on each card. This is how many dollars they are willing to wager that their card will win its heads up confrontation. The card with the lowest number is the number that is paid to the winner, regardless of whether that number is on the winning or losing card. Think of it like table stakes in poker, where the effective stack is the smallest stack in a heads up pot.

So if you flip over an ace with a 5 written on it, but your opponent flips over a deuce with a 1 written on it; they only pay you one dollar. If your opponent is on drugs, drinking heavily, or hates money, and they wrote a 3 on the deuce, they would pay you three dollars instead.

Now, before you read on, do some thinking about this game. What numbers would you write on your cards? Can you come up with the GTO solution? Remember to consider what your opponent will write on their cards. I am going to give you the solution to this game. My deck will be perfect. This means that the best you can do is to break even against my deck in the long run. What could you write on your deck to ensure that I don’t win your money?

The first solution to this game is to write a 1 on each card. This removes the betting and just reverts into a regular game of war. No matter what I wrote on my cards, I can’t take advantage of you and we will always break even. This is a Nash Solution to this game, but it isn’t the best one because it doesn’t exploit bad play. It is a Minimum Nash Solution.

The only other Nash solution is to write a 5 on your aces and a 1 on every other card. This will still ensure that you break even against the perfect deck, but if I am wrong about having solved the game and have made a mistake, you can win money from me. If I wrote a 4 on all my kings, you would win four dollars every time your ace comes up against my king, while I would only win one dollar when my ace comes up against your king.

This will win you three extra dollars every time it happens, and it will happen 4/13 times that we go through a deck, so you will win almost a dollar extra each time we play. This is the Maximum Nash Solution.

The above solutions are both unexploitable, but there are solutions that will attack an opponent’s weakness as well. If you know your opponent is writing a 4 on each king, and a 3 on each queen and jack, you could change your deck to make even more money from them. If you now put a 3 on each of your kings, you will lose two extra dollars when you run your king into your opponent’s ace, but you will win two extra dollars when you take your king up against their queens and jacks.

Against an opponent who is making this mistake, your change from unexploitable to exploitative will make you a lot more money. However, if your next opponent has the Maximum Nash deck with 5 on the aces and 1 on everything else, you will lose a lot of money to them.

Going to Battle at the Felt: Be Prepared!

Since poker is a battle, I like to see it in terms of a gladiator fight. The first solution, 1 on every card, is perfect armor. The Maximum Nash solution finds a way to add a sword without losing any armor. And the exploitative solution goes with a bigger sword and gives up some armor. When a poker player talks about GTO, they could be talking about any of these things. Alternatively, they might not know what they are talking about at all and just be using “GTO” as a way to describe what they think the best play is.

Tournament players have been using GTO solvers for a few years now. The popular options include Pio Solver, which is commonly used by the highest stakes pros but is quite expensive, Monker Solver, which is also very strong and not quite as pricey, and GTO+, which is less powerful but very inexpensive and even offers a free version.

These solvers are not easy to use. There is a learning curve when you get started with them, but they can be quite valuable especially if you are playing higher buy-ins against strong competition. Don’t forget, making the right plays also involves reading your opponents physically, knowing your own table image, correctly estimating their range, and factoring in the tournament equity based on the payout structure. Don’t have any fear that poker is “solved” at this point; no one is playing anywhere close to perfect yet.

I recommend learning some GTO solutions, even for lower stakes players who shouldn’t be playing an unexploitable style, for two reasons.

The advent of GTO has changed the tournament game significantly at the higher levels. Continuation bets are no longer automatic. Many players have dropped their c-Bet frequency from “almost always” to somewhere in the low 70% range. Checking back the flop or turn with the best hand has become more common as well. Aggression is still very important, but it’s more controlled now, and happens at different spots in the hand. Even in the smaller WSOP Circuit events I played recently, it was obvious that the better players are learning to play closer to optimal.

5th place for peanuts and no ring.

Learning GTO play isn’t simple. Working with a solver is the obvious way to do it, but most players won’t do the tedious work of inputting hands and analyzing the decision tree in a solver. Many coaches have already done this work and can help you add a sprinkle of GTO flavor to your game much faster, though coaching isn’t always cheap. I charge $100 an hour, and I’m one of the cheapest reputable coaches on the market. Some very famous players charge as much as $1,000 an hour!

Some of the best poker training sites are also working on GTO programs, and while they will not be as fast or as personalized as a coach, they represent the cheapest option. I know that Run It Once has a ton of GTO content. Red Chip Poker has a brand new crash course on it as well that is quite good. Moreover, Ryan LaPlante’s new site Learn Pro Poker is primarily based around teaching GTO play in ways that are easy to understand.

I’m certain that GTO play will continue to work its way into poker tournaments, with more players at the lower levels learning about it or simply imitating what they see the top players do. A combination of people reading skills, range estimates, and an understanding of GTO will be what wins poker tournaments for years to come. At the lower buy-in levels, the people-reading skills will be more important, while high-stakes crushers will continue to study GTO as a huge part of their game.