If you’re just getting started out in poker, you want to exercise caution and play conservatively. Generally speaking, you should only begin playing for real money once you fully understand how to play poker in the first place. That includes hand rankings, position, order of play, etc.

As a beginner, you want to be going into a Texas Hold’em game with the knowledge that sure, you could get beat, but because you’ll be playing tight and only strong opening hands, you’ll likely be better placed than your opponents to win when you enter a pot.

Mastering Texas Hold’em‘s top 10 starting hands is key for beginners. Once you’ve committed these top 10 hands to memory, it’ll make poker a lot easier. You’ll be able to focus on what your opponents are doing, learn from the, and slowly but surely broaden your range to also compete in hands while holding lesser-value cards.

Anyhow, here’s the list of the top 10 hands you should be playing.

A pair of aces, also known as “pocket rockets” (and sometimes “American Airlines”) is the best starting hand for Texas Hold ‘Em. 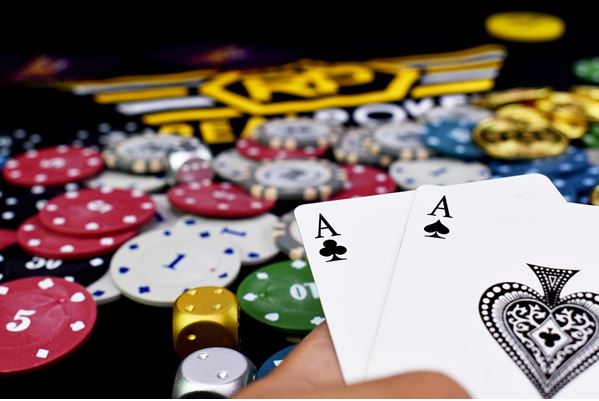 Second on the list is a pair of kings, also known as “cowboys” or “King Kong.”

A pair of queens, also known as “ladies,” rounds out the top three best starting hands for Texas Holdem Poker.

This is where people start to disagree. A suited ace-king, also known as “big slick,” is my pick as the fourth best starting hand for Texas Hold ‘Em.

The suited “big chick,” or “little slick,” the nicknames given to a pocket ace-queen, is fifth on the list.

A pair of jacks — also known as “hooks” or “fishhooks” — checks in at number six on my list. Popular poker vlogger Brad Owen likes to refer to them as “jiggities”.

A suited royal couple, king-queen, is next in the list of Texas Hold’em poker’s most powerful starting hands.

Only one offsuit non-pair makes it into my list of the top 10 best starting hands for Texas Hold’em poker — the “big slick,” an ace-king.

This is the only starting hand in the top 10 without a face card: a pair of tens (a.k.a., “dimes”). Some players believe that a suited king-jack is a stronger starting hand.

Obviously, as you’ll only be playing these top 10 starting hands, your poker session is likely to seem a little boring. I encourage you to use the time to study other players and learn from them. See what hands they’re playing and the circumstances under which they do so.

Once in a while, you should consider broadening your range to slightly weaker starting hands, lower pairs for example. Pay close attention to how the hand proceeds and what sorts of decisions you are having to make along the way. Be process-oriented rather than results-oriented.

Over time, the more poker you play, the more comfortable you’ll feel venturing out beyond these top 10 starting hands. Wishing you the best of luck at and away from the poker felt!