In this episode of The Bernard Lee Poker Show on the Cardplayer Lifestyle Podcast Family, Bernard Lee interviews Preston McEwen, who recently became the 2nd Annual Gulf Poker Award’s Breakout Player of the Year. Preston has been playing great poker throughout the year, including winning the Little Kings and Queens main event, taking home $44,320. Held at Little Kings and Queens in Buford, GA, the $630 main event had 363 entries, and a a prize pool of $196,020.

At the start of the interview, Preston talks about how he got started in poker world, after his initial focus on music. The RunGood Gear ambassador recalls how he first became an ambassador for the company. Preston describes his cash in the 2019 WSOP Main Event and the uniqueness of the annual tournament. Preston talks about how COVID affected his poker life, as he started grinding more online and private games.

During the second part of the interview, Preston talks about his victory in the 2021 Little Kings and Queens main event. He explains how he fired two bullets in different flights and describes a huge double late in Flight B. He also talks about how he adjusted to some of the recreational players in the field, taking more hands post-flop. Preston discusses his own Steel Wheel Poker League and his plans for the rest of 2021, including the WSOP and RunGoodPoker Series. 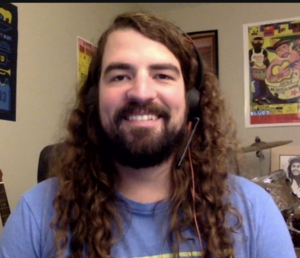