The 3 Best Places to Play Poker in Canada

With the likes of the Greenwood brothers, Timothy Adams, Mike McDonald, Kristen Bicknell and Daniel Negreanu, one cannot ignore the fine calibre of poker players that Canada has produced over the years and decades. When looking at the Hendon Mob database, the top five players from the ‘Great White North’ alone have won more than $120 million. And that’s excluding the millions of dollars that have been won in online and live poker cash games.

If you are a Canada native or living in the country and any of the poker players on the above list inspire you to take your game to the next level, you’re going to need to know where the best places to play poker are.

With several poker rooms across all of Canada’s provinces, it could be a chore to find which rooms are looked on favourably, so to save you all that time and hassle, with the help of online casino experts CasinoScout.ca here are the best three places to play poker in Canada.

Starting off this list, which is in no particular order, is the Playground Poker Club in Kahnawake, Quebec. Now established as one of the must-visit poker destinations in the world, let alone North America, this poker room is almost universally agreed as the go-to place to play cards in Canada. 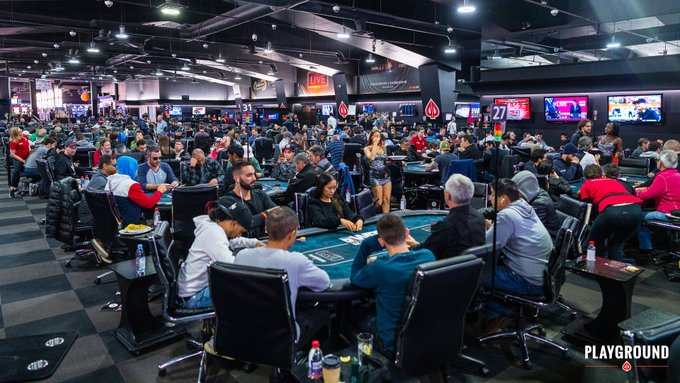 Found just outside of Montreal and the only venue on this list that is purely a dedicated cardroom, you can play both No Limit Hold’em and Pot Limit Omaha in varying stakes on one of the 75 poker tables it homes. The poker room which celebrated it’s 10th anniversary last year has also played host to a plethora of prestigious poker events such as the partypoker Premier League in 2013, the World Cup of Cards and multiple WSOP Circuit and WPT events.

Open all round the clock, every day of the week, there’s a strong chance you’ll need to get a bite to eat at some point when putting in the hours here, and with The Rail Coal Fire Bistro inside the venue you’re sure to find something that satisfies whatever cravings you have.

With amenities like masseuses at your disposal, you can find total comfort when playing here and it should also be noted that since August 2017, there have been two massive bad beat jackpots paid with both eclipsing $1 million. Wouldn’t it be great to get a slice of that!

Casino de Montreal has been entertaining punters since 1993 and is the biggest casino in all of Canada. The ‘OK Poker Room’ in the casino is open 24/7 and with 24 poker tables at your disposal, so there’s no problems with you getting a seat at the felt.

A great thing about this poker room is that regardless of your bankroll, you can get in the action, the new $1/$1 low-stakes game is great avenue for new poker players to cut their teeth but if you’re still not keen on playing live cash, there are low buy-in tournaments every last Sunday of the month.

Another Canadian poker room that has its own bad beat jackpot, here you’ll still have the chance to win big money should you be on the wrong side of lady luck. Currently standing at a juicy $250,000, if you are on the losing side with a qualifying hand, quad tens or better, you’ll stand to net $100,000! There’s also a fixed jackpot of $25,000 too, so should you lose with at least aces full of kings you won’t be leaving Casino de Montreal emptyhanded.

For those of you who enjoy a trip into the gaming pit after a poker session, you’ll be pleased to know that the casino also homes over 3,200 slot machines and 100 table games.

I don’t know about you, but for me poker is always better with a view! A regular game that I play in my home city of Cardiff lets you see over the Welsh capital’s skyline which dazzles at night and can also clear your head more effectively after a particularly bad poker session. Well, Casino Niagara offers you that in spades. In a brilliant setting at Niagara Falls, this poker room also sees plenty of footfall from tourists, which can spark the action into any poker game. 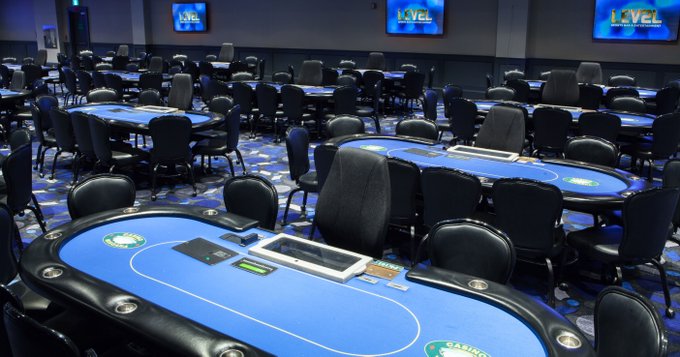 With Casino Niagara being in and around a tourist hotspot, it would be wise to ring ahead and reserve a seat so you can be sure to get in on the action. Just be sure to get there within 90 minutes of reserving your seat! The recently renovated room now holds 26 poker tables which has those amazing views of the falls. With regular cash games at both low and high stakes as well as tournaments, whatever your preference, you’re bound to have a great time.

As well as the poker room, you’ve got all your favourite slots and casino table games to play too, so whatever you’re in the mood for that day, Casino Niagara will happily accommodate your wills and wishes for entertainment.