After hemming and hawing for a while as to whether I should subscribe to PokerGO, I first took the plunge back in August 2017. Just a few days later, Major Wager was released, so it happened to be the first original series that I watched on the network. Hosted by Joey Ingram, it’s comprised of five episodes, each approximately 15 minutes in length, and it features a bevy of popular poker players, including Daniel Negreanu, Samantha Abernathy, Jeff Gross, Brian Rast, and Antonio Esfandiari. 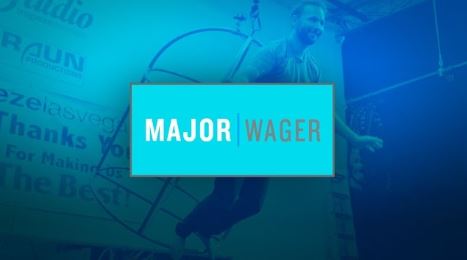 I’ll just make two general observations at the outset, as I remember a couple of thoughts occurring to me a few minutes into beginning to watch the show. The first is that I very much appreciated the show’s production value. The second is that it was cool, as a poker fan, to watch popular poker personalities engage in off-the-felt activities.

This show ALONE is worth the price of subscribing to @PokerGO! Top-notch production values really make a huge difference! #MajorWager https://t.co/VDsykfjPB7

Major Wager’s premise is that the featured pros compete against one another to see who can perform better at various tasks, with the loser having to endure a punishment ostensibly more humiliating than losing money. While the “wager” element is the theme common to all episodes, each one does effectively stand on its own. As such, I’ll be making the majority of my comments in this review on an episode-by-episode basis.

The wager: That Daniel could beat Samantha at golf accuracy while blindfolded

Even with the disadvantage of being blindfolded, I expected Negreanu to win this bet with relative ease, as he’s been golfing for years and also has his own coach, in Christian Sanchez. Nonetheless, it was still pretty incredible to witness anyone golfing blindfolded. To have outperformed anyone able to actually LOOK while swinging by that extent is pretty remarkable.

The punishment: An hour of hard labor at Top Golf

Watching Samantha having to carry such heavy golf bags looked painful. I legitimately felt bad for her. 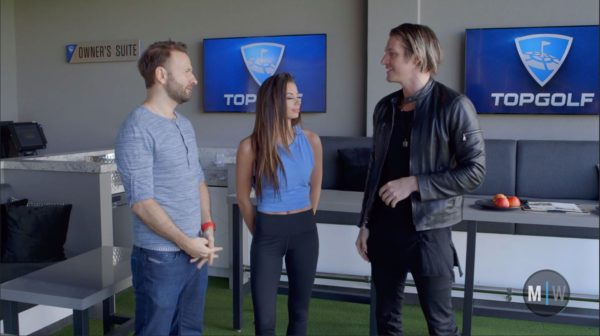 The wager: That Samantha could outperform Daniel at acrobatic feats

Joey’s personality really shines through in his role as the “ringmaster” in this episode. Pitting Negreanu vs. Abernathy at acrobatics is click-baity to the extreme, but there was no doubt in my mind whatsoever that Samantha’s gymnastics background would deliver her the win with the panel of three judges.

Kudos for Negreanu being game for the idea; he certainly put forth a valiant effort. The punishment was cute, but it looked way too contrived. An employer of two personal assistants, I simply can’t imagine Daniel hand-washing all of that clothing himself.

The wager: Who performs better at pole dancing according to a panel of experts

In this episode we’re introduced to two new participants for the first time, Antonio Esfandiari and Jeff Gross. Admittedly, the first half of the episode felt kind of “meh.” Neither of them had any prior pole dancing experience and while I give them props for being willing to humiliate themselves publicly for the show, it was a bit painful to watch… the laugh track doesn’t help either.

All of that said, while Antonio’s antics during his performance were enjoyable, Jeff Gross’ routine was nothing short of hilarious. Frankly speaking, Jeff was robbed by the judges!

The punishment: Having to shoot a proper commercial for Pole Fitness Studio

While I felt that Jeff ought to have been declared the winner of the competition, it was nonetheless fun to watch him endure the punishment, shooting the commercial.

You can watch this episode in its entirety, below, and judge for yourself:

The wager: Who can collect the most money from Fremont Street passersby during a street performance

While somewhat disturbing, it was hard not to smile at the opening of this episode, once again featuring Esfandiari and Gross, along with Brian Rast, as it took place place in a bathroom. The outfit-choosing scene could have been eliminated, with the show opting instead to just present the costumes along with the planned street routines, but I admittedly laughed out loud seeing Brian Rast in his silver alien getup.

Watching the performances was mildly entertaining, but nothing too spectacular, to be honest. I am, however, curious to know what the guys did with the $41 in total that they raised in tips from passersby. 😀

The punishment: Convincing a stranger to allow them to use their phone for three whole minutes (a full three minutes must elapse until punishment is “completed”)

At first I didn’t think that the punishment would be entertaining, but surprisingly it was. It’s certainly tougher than I thought to convince a stranger to let you use their phone for three whole minutes… especially when dressed in an intergalactic space suit. 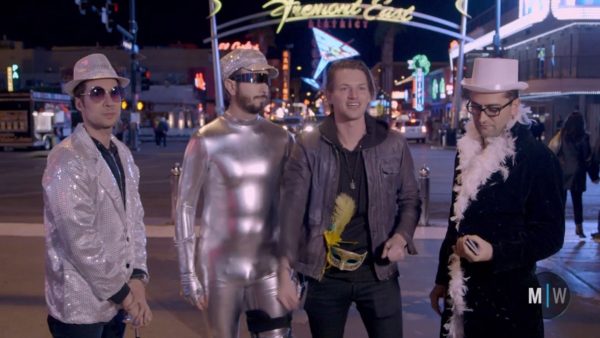 The wager: Who can drive a Ferrari seven laps around a racing track in the fastest time

This episode features Gross, Rast, and Esfandiari once again. One thing I feel honestly ruined the majority of the episode for me was the over-presence of the driving instructor, Nic. Way, way, WAY too many fist bumps for my taste. Aside from that, the episode was OK, but not a great one… the fact is it’s probably 1,000 times more fun to actually drive on the speedway than just watch others do so.

The punishment: Peddling five laps around the race track on a tricycle

I absolutely LOVED the punishment  on this and I couldn’t stop laughing while watching Jeff Gross fulfilling his obligations as the bet’s loser. Also, great accompanying music and GoPro camera work. 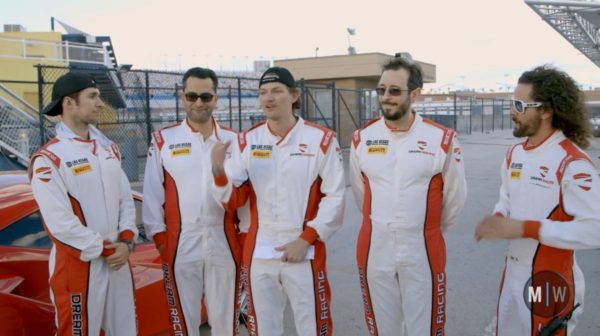 Overall, I certainly enjoyed watching Major Wager, but I can’t give it full marks. The concept of the show is a solid one, and I imagine the producers were counting on a great deal of social media buzz to get people to watch. It worked, and got me to watch in the first place, but what after the initial launch of the program? Does the program endure? It’s tough to say…

To a “regular Joe or Jane” with no prior poker-related appreciation for the show’s stars, the show could at best be rated anywhere from “OK” to “mediocre,” but the fact of the matter is that Major Wager is highly custom-fitted for a very hardcore audience of poker fans. I count myself among the members of such an audience, and of course anyone subscribing to PokerGO could likely be classified as such as well. It would certainly be fun to watch additional episodes of Major Wager should they be produced someday.