Poker Tips by George: Thou Shalt – Play with Rules

We live by rules. Every game has rules. For instance there are blackjack rules and there are also poker rules. To succeed in either game, you must observe certain rules. Years ago, I developed my original “Four Basic Rules for Winning at Poker.” They have been modified over the years as I gained experience, and now there are six. To be sure, I’m not referring to the technical rules of how to play, but rather to the rules of conduct that’ll ensure you end up a winner.

Have a goal as you sit down to play. How much money do you want to win? Be reasonable. A rough estimate will do.

Carefully select the game, the stakes, and the table at which you play. The idea is to be one of the more skilled players at that table. Observe how your opponents play. You can determine this during the first two rounds of play. Be prepared to change tables. Avoid tables with several very tight players. (Otherwise your monster hands may go for naught.) Loose-aggressive opponents are fine, but beware of maniacs who are prone to raise most hands they play. One maniac at your table is okay if you can sit to his left so he acts before you. Otherwise, only strong starting hands are playable.

In selecting starting hands, invest only in those hole cards that have a reasonable chance of being the best at the showdown. Factors to consider are card value (based on rank), pairs, suited cards, connectors, betting position, number of opponents seeing the flop, any raises, and game texture. Be more selective in early positions. Exceptions: Pre-flop, if there has not been a raise, play all hands from the Big Blind (no cost to stay in to see the flop), and marginal hands from the Small Blind (costs you just ½ bet to see the flop). Note: The Hold’em Algorithm facilitates applying this rule; reference: Hold’em or Fold’em? – An Algorithm for Making the Key Decision. 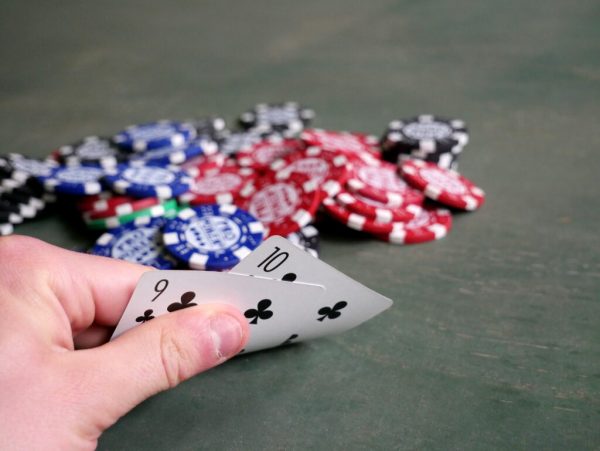 Pre-flop, always play made hands (A-A, K-K, Q-Q). Based on probabilities (the odds of winning), it is best to play these against fewer than four opponents.

Drawing hands (A-K, K-Q, K-J, and Q-J suited) usually must improve to become the winner. These are best played in multiway pots (three or more opponents to see the flop).

Quasi-made hands (J-J down to 8-8) are usually best played against two opponents for optimum value. But if there are many limpers preflop and no raise, they are worth a call to see if you catch a set on the flop. The odds are 7.5-to-1 against you. The multiway pot will give you high implied pot odds to make up for it.

Focus on the game and players. Avoid alcoholic beverages. Classify each opponent: tight, loose, aggressive, passive, and deceptive. There are also chasers who invest with fewer than six good outs after the flop and never bluff calling stations (who won’t fold once they have invested in that hand).

Look for opportunities to be aggressive. Examples: Raise against a tight player to protect your marginal hand. Holding a drawing hand with lots of good outs, raise to build the pot so that the pot odds are higher than your card odds against making your hand.

Bluff when your opponents appear weak. Semi-bluff on the turn with lots of good outs. When bluffing, always use the Esther Bluff – bet/raise with confidence while using a reverse tell (e.g., sit up and lean forward).