Interview with Reid Young, of PokerSprout.com

My co-host, Bruce Briggs, and I interviewed Reid Young on the latest episode of the Top Pair Home Game Poker Podcast (#235). The interview segment begins at the 18:20-minute mark. You can also read the summarized transcript below. 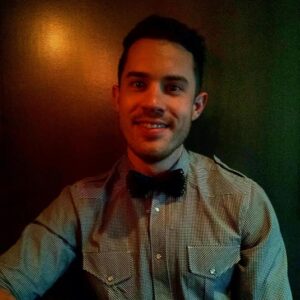 We were happy to have with us Reid Young. Reid has been both an online and live poker player, as well as a poker instructor, for many years. I’ve known Reid for a while and the first time I came across his work was via his columns for Card Player magazine, as an excellent strategy columnist. He’s here to tell us about himself as well as his new poker training product called PokerSprout. Welcome to Top Pair Reid!

So, let’s start off like this – who are you Reid? Tell our listeners a bit more about yourself and your poker background.

I’ve primarily been a Hold’em specialist, although sometimes I’ll play some PLO when I feel like swinging 17 buy-ins one way of the other. I’ve been playing Hold’em cash games and tournaments for about 8 years professionally. I got started during my sophomore year in college. I had just finished taking all my prerequisites for medical school, as I thought that’s where I was headed. Thing is though that I had put a lot of work into poker, was doing well at it and decided to pursue that instead of another 12 years of school.

While I’ve been succeeding at poker, I’ve also discovered that I like teaching even more than I like playing. When someone else is having trouble and you can explain it in a way that helps them instantly improve their game, I’ve found it to be extremely rewarding. That’s where the idea of our new training site started out from.

Have you had any experience with home games? Do you currently play in any regular ones?

I’ve run the gamut there. Back in high school we used to meet twice or three times a week. About 10–20 of us used to play a $5 buy-in tournament. I would win maybe about a third of the time. So fewer people started showing up, and then it was me and five other people who were there to gamble.

There’s been some stuff around Charlotte, North Carolina, where I live. I don’t go to those too often though, and prefer to play in casinos if I’m playing live poker. I mean, I’ve played in Russian mob-run games in New York before. Usually I try to stay from unsavory home games, but messing around with friends is always something I enjoy doing. I don’t consider it a waste of time; I don’t care if it’s for much money or not. Even if it’s just me and my high school or college buddies, that’s just as entertaining to me.

I know you were recently at the Horseshoe Cherokee. Is that close to you?

Yea, it’s about a 3-hour drive. It’s pretty fun to go out to when there are (WSOP) Circuit events there; otherwise it’s pretty quiet. It’s in the middle of nowhere; you drive through these super curvy mountain roads. The last hour is going 30–40 mph around these 120-degree turns.

I first became familiar with you after seeing your strategy articles in Card Player magazine. How did you get that gig and how long have you been writing for them? Do your articles have any particular area of focus?

I’ve been doing it on and off for about 4–5 years now. The editor there, Craig Tapscott, has this column called Head Games. He’ll ask a question and get the opinions of a few pros to compare and contrast how some people think about the game. I guess he liked my thoughts, so he asked me to write an article or two. I asked if I could do one a month and they said yes.

The type of strategy I write about, and the way I think about poker in general, tends to be pretty mathematical in nature. Putting numbers to particular situations is something I enjoy writing about a lot. I like the idea of bringing up topics that people don’t talk about too often. All the old articles – like 30 of them by now – should be available on their website.

So you’ve come on Top Pair today to tell us about a brand new poker training product, called PokerSprout. Tell us a bit about that and your objectives with it.

It was a nice evolution. I used to work for another poker training site and I would coach there and would charge $450 an hour. I was making about $400 an hour from playing poker at the time, so I decided to raise my hourly rate just a bit to make the coaching worthwhile. So many people wanted my coaching at the time, but I realized I could just do group lessons and scale it up; so I lowered my price but started doing the group training thing.

That idea sort of evolved to the idea of starting a poker training site, which eventually became PokerSprout. I want to give my training sessions more efficiently. I want people to think about how to react in certain spots to different stimuli they face; not just in individual hands with specific holdings. Usually, other training coaches give you their advice based on their experience, as opposed to based on math. They don’t even really give you the reasoning behind their logic. You just end up emulating better players, which just doesn’t work outside of that specific situation.

We try to teach the variables, how to understand them and think about them, etc. so that you can react in the most optimal way possible, whatever the situation might be.

You’re not the only driving force behind PokerSprout, right? You’ve got a partner…

We’ve got a good-sized team. Simon Jonas and I are the content producers. Simon is the most sound player I know. He’s a master of game theory as well as explaining higher level concepts in simple terms. He knows the math of situations so well. Talking with him about strategy is just game changing. A half hour conversation with Simon could no doubt be game changing for you.

As you know, our audience is mainly home game poker players. Many recreational players don’t bother enrolling in poker training courses. Why would you say it’s important and worthwhile for a home game player to devote the time, effort, and money towards doing so?

That’s a really good question. What we are doing is making videos that any player can use in any situation. It’s not just for the math geniuses who understand optimal game theory or anything like that. We have beginning, intermediate, and advanced levels of video series. Each series is made up of 5 short videos. They’re compact, but meant to be easily consumable, so that you can quickly make your way through them and complete them on your way to earning badges (i.e., completing the series). Each series is topic-specific. We even cover “direct questions”, which even in a home game could prove to be extremely valuable, as it helps you get information out of someone sitting there stone faced. It’s definitely not just geared towards online poker. We do, however, also offer a series dedicated towards maximizing your hourly rate by using the bonuses that are out there.

You used the word “complete”. Is this sort of like someone going to school and getting a graduation certificate?

Yes, but on a smaller scale. Each video series rewards you with a sort of poker chips that acts as a badge, You work through a badge on bankroll management for example. You can then tell your friends that you earned the badge (or keep it quiet if you prefer).

Let’s not beat around the bush, yours is certainly not the first poker training product on the market. What makes Poker Sprout unique from all other poker training courses and products? How does it stand out?

It’s good that there other poker training sites out there, as it brings market awareness to our product. With that said, PokerSprout is very different than, for example, Card Runners. We’ve got topic-specific animated videos. They’re very progression based and subject oriented. The subject matter is very specific, taking you from an introduction to mastery of a particular topic. That way, the content never really gets old or dated. Also, everything we do is mathematically based, so it’s a library of timeless content that’ll continue growing larger and larger.

The people we have producing content are very used to taking difficult complex and translating them into a guide for beginners. They can then keep developing the concepts as they become more complicated, extrapolating additional concepts in a way that makes sense to the students who are progressing through the material, while also illustrating potential pitfalls.

How’d you come up with the name “PokerSprout”?

It was the idea of something growing that required regular attention. Seemed like a good analogy to poker skill.

What is your pricing? Do you have different levels?

To launch, we’re $29 a month or $290 a year (two months free). It’s just one level with full access from beginning to advanced videos). We’ll keep on adding more content and additional levels. Our goal is to take people from beginners to professionals, if that’s what they want to do. We think it’s good training for pretty much any player.

We’re in pre-launch mode, so you can check out a video series about hand reading, to narrow down your opponents’ possible holdings. It’s introductory level and I think a lot of the home game crowd will like it a lot. You sign up on PokerSprout.com with your email address. There’s also a refer-a-friend mode right now where you can keep on unlocking additional videos in the series.

Anything else you’d like to tell our listeners about PokerSprout? How can they connect with you, ask you more questions, etc.?

We’re on Facebook and Twitter, as well as Instagram. We’re always out to answer questions and see what kind of content people want to get. So by all means, please reach out and let us know what type of videos you’d like us to create. I can’t wait until our launch. Our goal as a company is to have each video series be worth at least 10x as much to a player as they’re paying for it.