Our compliments go out to D&B Poker, the premier poker publishing house, for continuing to crank out title after title even in these strange times. The poker community is grateful for your work and thankful that you keep publishing excellent titles to enjoy and learn from.

One of the latest D&B Poker books set to hit the shelves is Mastering Small Stakes Pot-Limit Omaha, by Fernando “JNandez” Habbeger. Owing to the increasing popularity of PLO, its sensible for a strategic tome to be released that’s geared toward lower stales players.

To mark the book’s release — as well as the subsequent release of the accompanying video pack — we spoke with Habegger to gain some insight as to why he penned it, what sort of material it focuses on, and how to get the most out of it. 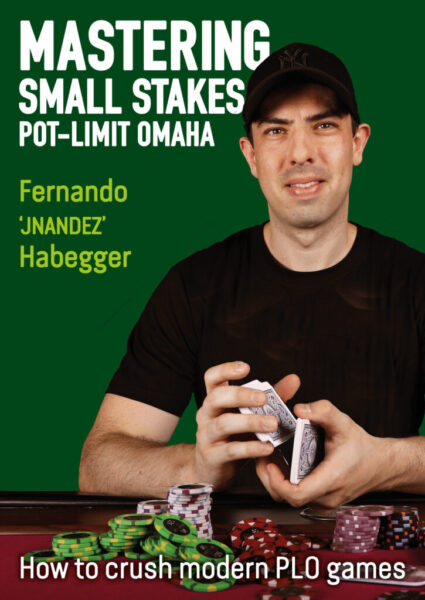 You’ve been a poker coach for a long time and have made plenty of video training content for your students. What inspired you to write a book for the first time?

Streaming on Twitch, we were always asked what was the best PLO book – and there was no real good answer. The game changed so much after 2017 with the introduction to PLO solvers, everything before became even more outdated than it already was.

I’ve always enjoyed reading books, including poker books. Many people learn in different ways, so the aim was to expand our ways of teaching the great game of Pot Limit Omaha to more people. Also, it was pretty cool to write a book with our publishers, D&B Poker.


It has long been said about Texas Hold’em that it’s a game that takes five minutes to learn and a lifetime to master. How would you alter that saying to better fit Pot Limit Omaha?

I think PLO might take you a few extra minutes, but other than that it’s true for both games, and probably most poker games. Once you’ve learned Hold’em, it only takes a couple of minutes more to learn how to calculate pot size, and understand you must always use two cards out of your four hole cards.

From there, to begin mastering the game is to understand how the game is different structurally because of those two basic rule changes. Everyone naturally hits the board harder and more often with four cards than two, and you can’t ever offer worse than 2-to-1 odds to your opponent. You can’t really count hand combinations like you can in Hold’em, so you need other methods or principles to guide you through decisions.

The book is based on concepts. If you understand the concepts, you can replace the variables and still have a strong foundation in any game type or format. For example, if you understand why we play certain hands over others, you’ll be able to make adjustments in-game depending on the tendencies of the player behind you.

So with the pre-flop section, both types of players should benefit. When it comes to the post-flop examples, most hands in the book are about heads up situations examples, so online poker players might find it easier to implement them directly. I added a lot of multi-way hand examples in a video pack that can be bundled with the book. Overall I would say online, but live players can still gain a lot. Especially because live PLO tends to be softer at the mid-stakes levels. The value is there for anyone as you only need one or two lessons to make reading it worth it. 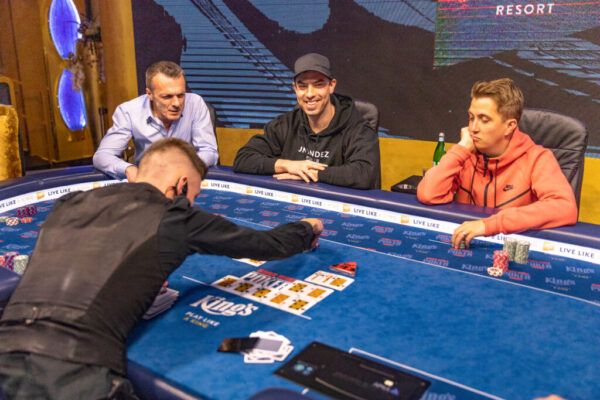 You use the word “Mastering” in your book’s title. What would you say ought to be the goal for someone who purchases your book? In other words, what constitutes proper “mastery” of Pot Limit Omaha?

In order to master the game, you start by  understanding the basic concepts. You’ll need to research and apply them. If you want to head into the journey of truly mastering PLO, you’ll need your tools and concepts, and the right mindset. Being on that path, continuously learning and adjusting based on how the game and the meta changes, that is mastery.

Approximately how long did it take you to produce the book, from concept to submitting your final draft?

I think it took about six months. The production of the book went along with my other content production, which was helpful as parts of the book fed off the training content I was working on.

Poker coaches often say that they learn from teaching. What did you learn during the book writing process, and do you feel that your own PLO game perhaps solidified?

The best way to recognize you have truly understood a concept is if you can teach it accurately, and writing things down in words is the biggest testament to that. You have to nail it when you put it down on paper. What I’ve learned is to second guess and reevaluate all these concepts, to make sure they are useful tools on someone’s PLO journey.

Can you give a few representative examples of how small-stakes PLO is different from middle- to high-stakes PLO?

The biggest difference is you will see in small stakes, are players with looser pre-flop ranges, which leads to more people going to the flop in small stakes, and in return that means you need to exploit this existing meta by changing your preflop strategy to account for more multiway pots.

Another big difference is that in small stakes, most players don’t have a good understanding on how to bluff in PLO. They often get so focused on equity and made hands, that they rarely add enough bluffs to their strategy.

In PLO, you often see these players in middle- to high stakes games too, so in the end, the most important adjustment is to how your opponents are playing, not the stakes you are playing. A high stakes game with limpers and loose players plays very similar to what a “low-stakes game” would be played.

Do you foresee yourself perhaps penning an additional volume or two about PLO that focuses on higher-level strategy or higher-stakes games?

I don’t think so. Maybe one that focuses on another PLO format like tournaments. For higher level strategy,  there is no better training platform than the PLO Mastermind.

Ed. Note: Fernando has also just recently released a four-hour video pack to complement his book (see below). You can order it here, for the discount price of $59. 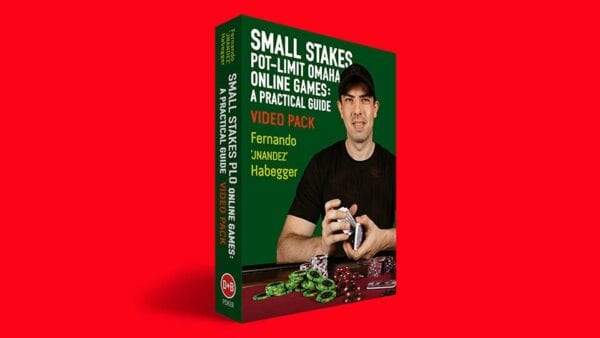 As poker players continue to improve, strategies need to continuously be refined and enhanced. To what degree do you feel that the strategies you’ve put forth in Mastering Small Stakes Pot-Limit Omaha are timeless and will well serve beginner PLO players?

They are timeless because they are conceptually built around PLO, and not “do this because it works in the current meta”. In order to refine your strategy, you’ll need the tools to do that, and that’s what the book is about; to give you tools, not just the strategy.

Finally, we all know that Hold’em is by far the most popular poker variant. Even some professionals are a bit hesitant to try other variants of the game, like PLO, perhaps worrying that it’s too tough to learn and be good at. What would you say to those folks to encourage them to give PLO a try?

To learn PLO is probably easier than to beat NLHE. If you look around WSOP 2019, the amount of PLO action at Aria, Wynn, Rio is so much more than it used to be – it shows there is a trend, and the question is when you want to jump on that train.

A lot of poker players I know have these thoughts of “I wish I would’ve started earlier” or “switched earlier”. I think this will be the case more and more about PLO and it’s definitely not too late yet.