One of the biggest problems that many people who are new to poker face is the ability to get involved with the game when they have no knowledge and compete from the very start. This sometimes puts new poker players in a position where they are in too deep, and the frustration from that causes them to quickly fall out of love with poker.

A traditional Indian game may be the answer for those who want to find a stepping stone towards poker, rather than heading straight to poker tables. The game is Teen Patti, once seen as something that family and friends played at gatherings but is now a game you can play online. These real money Teen Patti games offer the perfect introduction for budding poker players, as the game is essentially a simplified version of poker, with some of the more complex parts of the game taken away. 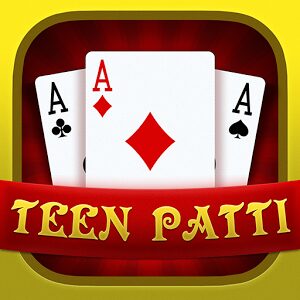 If you are starting out as a poker player, you know it will take time for you to learn. There will be no sudden entry into big poker tournaments, or big wins in games where your knowledge is superior to the rest of the players.

What is more likely to happen is actually the opposite.

This is where Teen Patti can help. Players can get playing a game, which is very similar to poker, and begin to pick things up. From here they can build up their poker knowledge, even though they are not playing poker, and still win a few games at the same time.

There is far more luck involved in Teen Patti than poker, so players are less likely to made good or bad decisions, the cards will determine most of the game.

The frequency of wins, and the lack of confusion are going to help people who are struggling in the early weeks. This should keep people interested for longer, and allow them to get involved with poker eventually, rather than deciding that it is not a game they want to play in the very early stages of their poker career.

Key Parts of the Games are Both the Same

The main one is of course the hands needed to win, and how they rank against each other. The ranking of poker hands is something that every player needs to know and understand when they learn the game, it should probably be the first thing you learn.

Teen Patti uses card hands to determine the winner of a game in the same way as poker does, so you can play Teen Patti and learn about poker hands at the same time. Being able to do this, but not doing it with a game that is as complex as poker may work better for some players, so if you feel you are one of them then certainly look out for an opportunity to do this.

The second aspect of the game where Teen Patti is the same as poker is with people taking it in turns and going around the table with their bets. This is the mechanism for how a poker game works, and you need to understand that before you get into games.

Some games don’t follow this, but Teen Patti does. If you want to get a feel for how a game works, what happens before your turn and what happens after it, then Teen Patti can help with that side of the game.

Again, this is something you can learn from playing poker, but if you do it like that then you are learning everything together at quite a complex level. Learning how a game works via Teen Patti gives you the chance to pick up the same information, but while you are playing a simplified version of the game.

Not everyone who plays poker needs this simple start to their time, but for some, it should prove to be a big help.