Last Friday, Dan Smith Tweeted out a question that sparked a lot of interest and buzz in the poker community:

Debate at dinner: how many poker players quit playing professionally due to pokerstars’ late 2015 rake changes?

According to the PokerStars VIP program changes announced at the end of 2015, Supernova Elite will be eliminated at the end of this year and benefits for Supernova will be capped at 30%. Furthermore, medium and high stakes players will no longer receive VPPs/StarsCoin or any form of rakeback. Other significant benefits for high stakes and high volume players have also been eliminated.

Smith’s question hints at a larger, more prominent question for pro players on the world’s largest poker site. Can a professional poker player continue to make a living from the game after last year’s VIP policy changes and recent raises in rake? Let’s explore that issue.

Online Pros Are Losing Big $$$ Under the New Program

It’s no secret that many pros are finding out the hard way just how tough it is to play online poker without rakeback or rewards. When the changes were first announced, Dani Stern claimed (on the 2+2 forums) that they would impact his bottom line by $50,000.

Indeed, there are some pros for whom $50k may be a relatively small hit to their bankroll, but there are others out there for whom $50k represents a significant portion of annual earnings. Furthermore, many professional online poker players would cross into the red and end up losing players for the year with a -$50,000 swing. 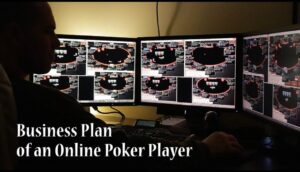 Many Were Making Money on “Rewards” and Not Actually Winning

One thing that PokerStars spelled out when they released the changes last year is that the VIP program was not intended to “alter the fundamental reason for playing poker.” The reality of online poker is that a segment of players love to milk rewards for everything they can get.

These players are known as “rakeback grinders.” Many of these players are break-even players or slight winners while some would be lifetime losers at the game if not for rewards.

For those of you who only play live poker, rakeback grinders are similar to prop players in live casinos. The difference is that the online casinos do not pay these players. Rather, the players manipulate their play or put in the volume in order to make money via the rewards program. It can be likened to the prop player who keeps games going but plays ABC poker, experiences minimal variance and makes a profit from his/her salary from the casino. 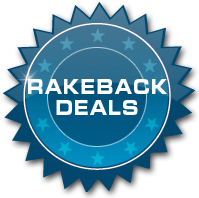 Obviously, the higher you play, the more rewards you can accrue. So, for those players who were skilled enough to break even at mid-stakes or higher, they were banking a solid profit each year from rewards. This will no longer be the case under the new system.

Can Online Poker Pros Make a Living? Sure, with Hard Work

What did live poker players do before online poker was created? How did they make money in the game? They improved and learned how to win, found other revenue streams, or they left the game altogether.

There are many poker players out there who think that the change in the PokerStars VIP program spells the end of the world for online poker. In reality, it is more of a rollback. Online poker pros will not have to, as hard as it is to believe, learn how to win without a safety net. 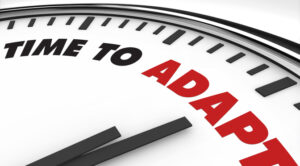 Players have used rewards as a safety net and some have failed to improve their game. Why should they? If they could make $50k or more each year off of rewards, why not do so? However, that’s no longer going to be the case.

Some players are going to have to improve their game in order to continue to compete. A number of players will probably need coaching in order to improve. Some will have to drop in stakes in order to make money at the game again.

PokerStars, and every other site in the industry, is focusing on recreational players. You’ll notice that almost all promotions and bonus codes are targeted exclusively to new players. Online poker pros will have to take the mentality of live poker players and old school grinders and learn how to make a living off of the recreational players and the tourists.

Smith later shared what the consensus was among his friends at that dinner regarding how many players would leave poker:

@FarazJaka the consensus over under was 50, which I thought was very low

Whatever the final number ends up being, what’s certain is that the days where you can make a comfortable living at online poker by working the system are gone.

It’s time to adapt or perish.

Ed. note: Whatever happens, we’re pretty sure that Dan Smith will end up OK. After all, life ain’t too bad for the latest PokerUpdate “Baller of the Month” 🙂