As I first announced three weeks ago in February’s Cardplayer Lifestyle newsletter, I’ll soon be headed off to the Russian Federation to do media coverage at EPT Sochi. While it will be my first visit to Sochi, this upcoming trip won’t be my first to Russia. That happened way back when I was 10 years old, in 1992, on a family trip. I suppose it’s a bit of an understatement to say a few things have changed in the world since then…

I’m always excited heading into every poker trip, but there’s a special added level of buzz I get knowing that I’ll be heading to a new destination for the very first time. Here, then, are five things I’m most looking forward to about my upcoming trip to the 2019 EPT Sochi.

If the name Sochi isn’t (yet) familiar to you as a European Poker Tour stop, it surely rings a bell from its time hosting the Winter Olympics in 2014. To be sure, Sochi has been around for a while, but in the lead up to the Olympics, the Russian government invested an astounding $50 billion (that’s “billion” with a “B”) into the area’s infrastructure. Numerous new structures and facilities were constructed to ready the city for hosting the massive international sporting festival. 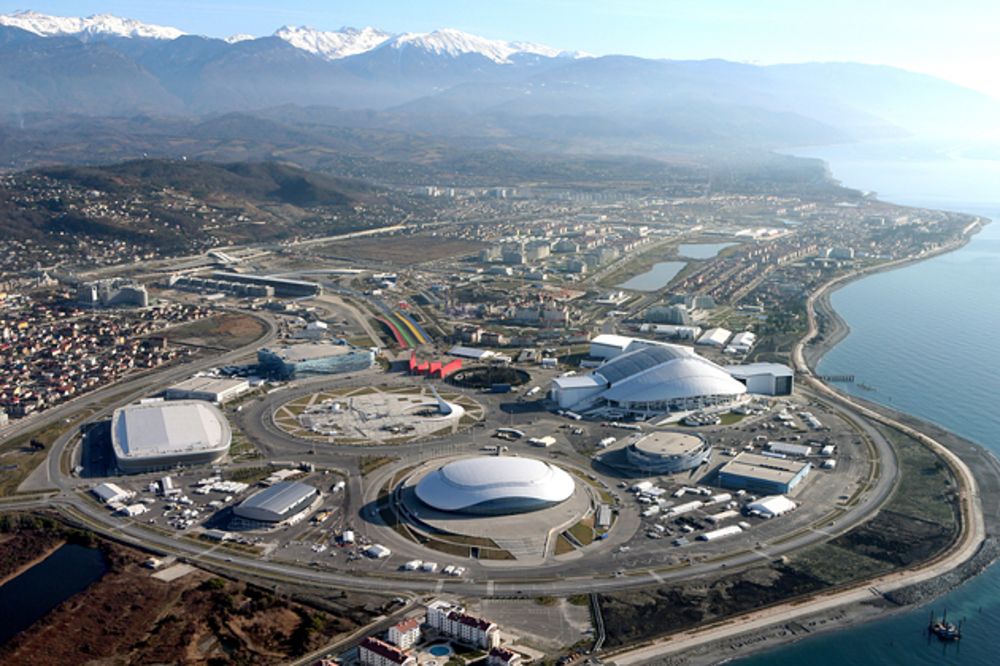 Admittedly, “former Olympic host city” is all I knew about Sochi prior to doing any research ahead of this upcoming trip. So, I’m certainly excited to see what they constructed and built there to cater to all the athletes. My understanding is — as opposed to other recent Olympic host city venues — much of what was invested in has remained well maintained.

Only after I started researching Sochi did I learn how beautiful the city is. It’s uniquely situated on the northeast coast of the Black Sea, while bordered to the north by the Caucusus Mountains. Located 1,000 miles south of Moscow, the area has attracted millions of visitors and tourists long before it was host to the Olympics. National parks cover approximately 80% of the city’s territory, which combine with seaside and mountaintop views make an exquisite place to sight-see. Just to illustrate, both of the pictures below are of the same city. Astounding. 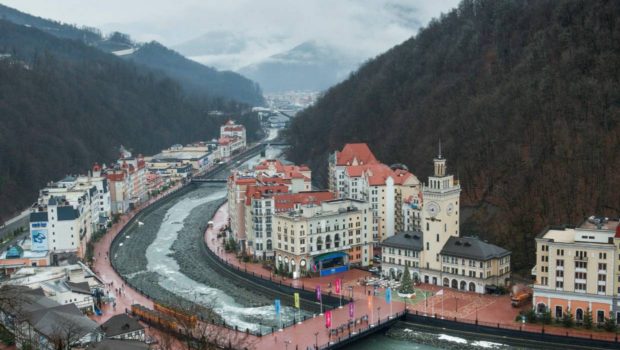 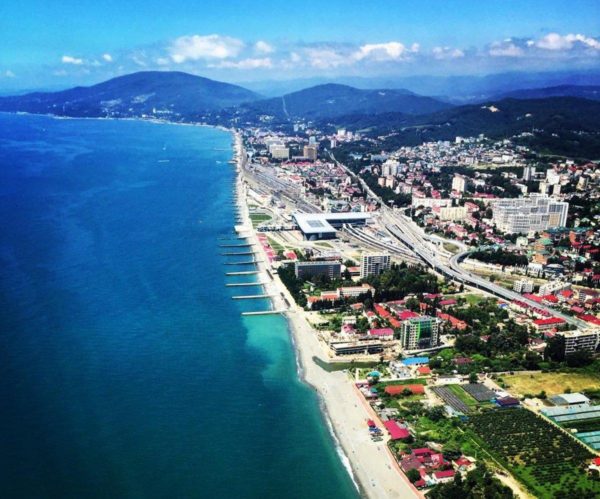 Dubbed the “Russian Riviera”, it might surprise you (it certainly surprised me!) to learn that Sochi is at the same latitude as Nice and Monte Carlo. As such, it’s a destination that boasts a subtropical climate, so at the dawn of spring I’m sure the weather will be quite pleasant and the vistas will be stunning.

While the big draw of the European Poker Tour Sochi is of course the wide array of scheduled tournaments, Casino Sochi also has cash games running 24/7 that I’m looking forward to hitting up during my downtime. 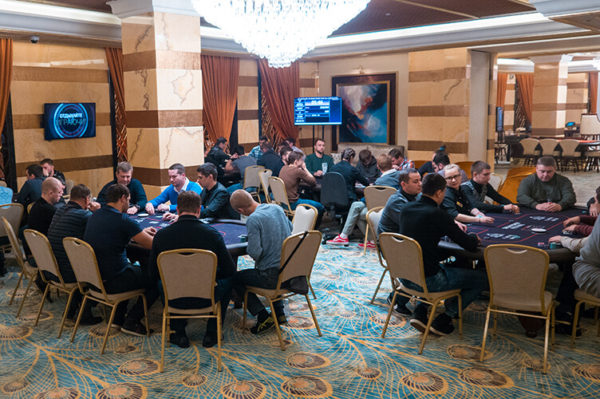 A couple of my friends who’ve played poker in Sochi before have confided in me that most cash game players aren’t exactly “end bosses” so I’m hoping my time at the tables will prove at least somewhat profitable. After all, in a country famous for its caviar, it makes sense that there would be a lot of fish, right? 😃

4. Seeing what all the fuss is about

Casino Sochi is just over two years old and attracts legions of locals and tons of tourists all year round looking for some gamble. The venue has already played host to numerous high profile poker events in its short history and from all the pictures and videos I’ve seen online, it’s absolutely stunning. 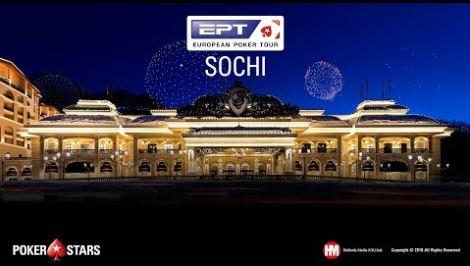 The good folks over at the PokerStars blog already did the legwork and released their “EPT Sochi: The complete need-to-know guide” about a month ago. I’ve read and reviewed it numerous times, and each time it gets my juices flowing anew.

It’s one thing to read about, flip through pictures of, and watch footage showcasing past poker events in Sochi. It’s entirely another to get a chance to witness all that much-ballyhooed poker action in person. I can’t wait!

When I told a few friends here in Israel and family members abroad in the United States that my next poker trip would be to Sochi, some reactions surprised me. “Is it safe?” “Why would you go THERE?!” “Didn’t the Olympics there end a few years ago already?” “But it’s full of Russians there!” (I kid you not, that last one both shocked me and, admittedly, made me laugh.)

Russians are not objectively scary people and Russia is not an objectively “bad place.” Sure, you might need a visa to be allowed entry (not me, three cheers for the Israeli visa waiver program!), but there are no true obstacles to visiting Russia. Russia isn’t just Moscow. It isn’t just St. Petersburg. It isn’t “one mass Siberian gulag.” It’s the world’s largest country! 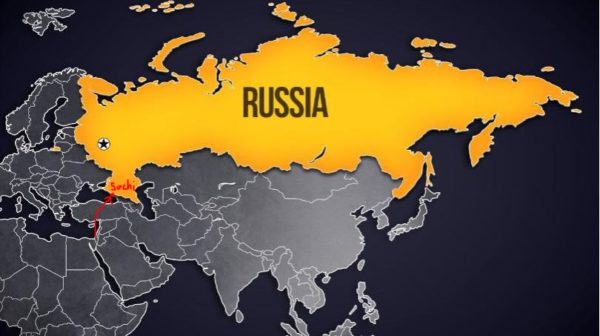 It’s a relatively short flight to Sochi from Israel.

There seems to be a lot of xenophobia going around these days, and — generally speaking — anything ending in “phobia” isn’t a good thing. The remedy to xenophobia is to actually go places, see new things, meet new people, and engage in conversations and discussions with individuals you don’t ordinarily get the opportunity to interact with.

What I’m genuinely looking forward to more than anything else on this upcoming trip to EPT Sochi is doing my little part to try and debunk some stereotypes. If you want to see change in this world, you’ve got to lead by example. I hope that the coverage I provide while attending the festival helps open people’s eyes a bit to what promises to be a great (poker) destination.