Last year was a great year for live poker, and as 2022 dawns upon us, it’s clear that the game is in a great place, with record turnouts for live poker tournaments and festivals around the world. Thankfully, the pandemic is behind us and players are once again filling poker rooms to play in their favorite tournaments and take shots at poker glory.

In this article we take a closer look at some of the most outstanding poker events of 2022, the records that were broken, the winners of the Global Poker Index (GPI) rankings and the players who achieved the highest amount of live tournament winnings, cashes and final tables.

The best player of 2022 according to the Global Poker Index was Stephen Song, who achieved 43 cashes, 17 final tables, 4 second places (1 at the WSOP) and 2 titles during the year, with earnings of $2.2 million. His biggest triumph took place in the WPT Prime Championship, where he won just over $712,000.

Player of the Year Top 5 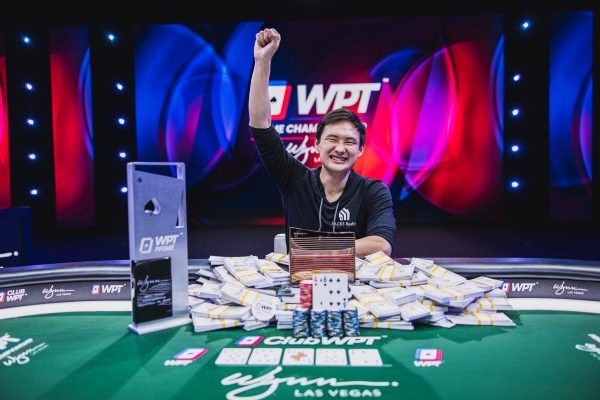 The annual ladies ranking was topped by Cherish Andrews, achieving 23 cashes, 6 final tables and 1 title, with winnings of over $758,000. At the WPT World Championship festival at Wynn Las Vegas, Andrews made 3 final tables, including a second place finish in a $10K High Roller for over $259,000 and a win in a $1K event for over $131,000.

Female Player of the Year Top 5 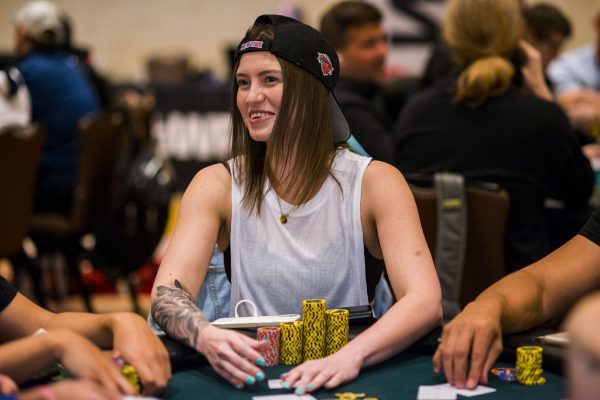 Mid-Major Player of the Year

This annual ranking takes into account only tournaments with buy-ins up to $2,500 and was also won by Stephen Song, becoming the first player to win two POY awards in the same year.

Mid-Major Player of the Year Top 5

Players with the highest winnings

Players who cashed for the most money in live tournaments during 2022: 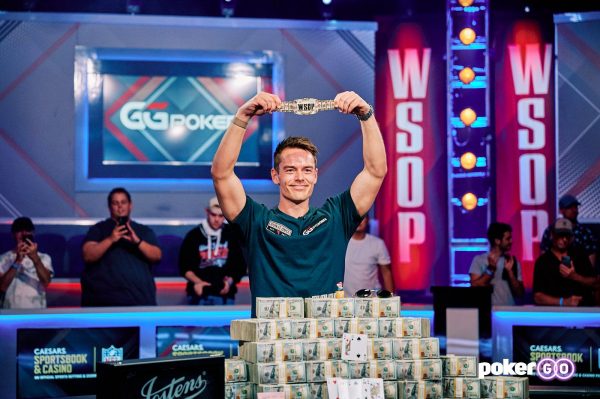 Players with the most cashes

The player with the most live poker tournament cashes was American Pedro Palacio who notched an eye-popping 154 cashes, averaging 13 ITMs per month and earning $128,543 for the year. The vast majority of his results were recorded in low buy-in daily tournaments at the Hard Rock Casino in Seminole Coconut Creek and he won 17 titles during the year. He was also the player with the highest number of final tables, 124 of them to be precise.

These were the players with the highest number of ITM finishes in 2022: 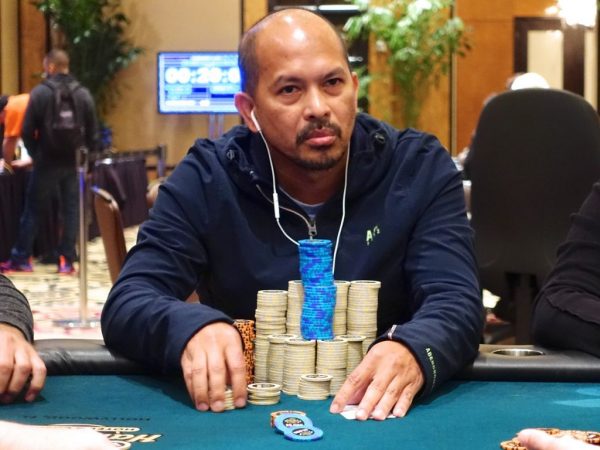 Another of the rankings maintained by The Hendon Mob website is the “Flag Hunter” ranking players who achieve the most cashes in different countries.

The top of the ranking in 2022 was Ori Hasson from Israel, with cashes in 12 countries: United States, Romania, Slovakia, Italy, Malta, England, Bulgaria, Czech Republic, Montenegro, France, Spain and Monaco. Second were Eric Wasylenko of Canada and Antonio Crocetta of Italy with 10 flags collected apiece. 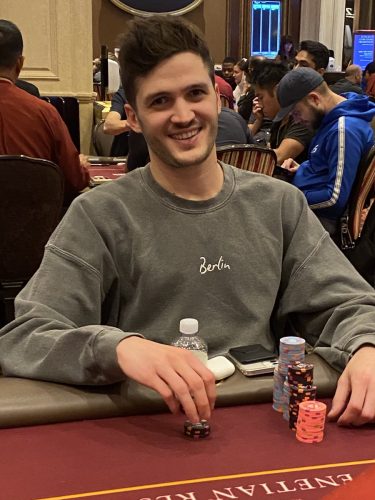 Tournaments with the highest attendance and prize pools

The WSOP Main Event in Las Vegas had 8,663 players and fell just 110 players short of becoming the largest live poker tournament in history. It distributed some $80.7 million in prize money among the top 1,302 players, a record.

Another record-breaking tournament was the EPT Barcelona Main Event, a €5,300 buy-in affair that attracted 2,294 entries and became the largest Main Event in the history of the European Poker Tour. The prize pool was €11.1 million ($11.3 million) and was shared among the top 328 players.

The WPT World Championship at the Wynn Las Vegas was a resounding success. The Main Event nearly doubled the guaranteed prize pool and handed out over $29 million in prize money, which is a record for the World Poker Tour. The $1K buy-in WPT Prime Championship featured 5,430 entries and became the WPT’s largest-entered tournament.

In Latin America, Brazil’s popular BSOP Millions festival attracted a record 3,329 entries for its Main Event. The festival on the whole garnered 26,842 entries (another record) and distributed a record prize pool of R$46.3 million ($8.4 million).

Looking at the numbers and festivals of the past year, it seems quite likely that in 2023 records will continue to be broken.

Will it be possible to break the record of 8,773 players in the 2023 WSOP Main Event? The last edition came very close to doing so and it seems to me that this will be the year for the 2006 record to finally fall.

The 2023 edition of the WPT World Championship will also carry high expectations and after the recent success at the Wynn there is a good chance that the numbers and prize pools will be even higher.

It will be a great year for live poker!