Virtual Reality: The Future of Poker?

Online poker revolutionized the industry and brought the game to hundreds of thousands of people around the world. It changed the way people think about Texas Hold’em, and led to deeper analysis and reflection about the best ways to play the game. Despite going through numerous developments and upgrades over the last two decades, there are still a lot of differences between online and live poker. Could the use of live streaming or virtual reality be the next step in merging online and live poker? 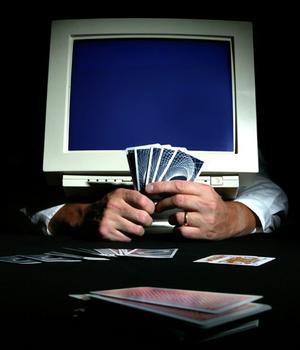 Online Poker Has Numerous Advantages With Only One Downside

Online poker is an incredibly popular variant of poker because it is so easily accessible. Players simply log on to an online poker site and can find a game in seconds. Live poker, on the other hand, can only be played at scheduled times when specific events are taking place. There is more info at Legalbetting on the pros and cons of online poker, but the main point made there is that the advantages of online poker are numerous. It’s convenient, less stressful, and suitable for any budget. The one main downside mentioned by the site is that it’s less social because players can’t see their opponents.

This is only a minor hindrance to the game, though, and it is something which could be easily rectified in the future. As technology advances, the online poker industry is putting it to good use in whatever way it can, as discussed throughout our analytical tools and guides. Multiplayer live streaming games of poker or even virtual reality poker could be the next step in the progression.

Live streaming has emerged as one of the most popular new pieces of technology over the last three years. The platform has been used in the gaming industry for some time, ever since the inception of Twitch.tv in 2011. But it only became mainstream and started enjoying mass use when Facebook introduced its own live streaming offering in January 2017. Within a year there had been more than 2 billion live video viewers, and it was found by 99 Firms that one in five videos in 2017 was a live broadcast.

Live streaming brings the action to viewers and players in their homes, and the technology has permeated through every industry. Online casinos have found it to be extremely popular and use it for anything from blackjack to baccarat. Players see the dealer shuffle and deal the cards in real time, and when they receive their hand it appears on their screen.

The fact that blackjack works in this manner suggests that the same could be done with poker. A live dealer could deal a hand to virtual positions on the table. These cards would then be represented on each player’s screen at home. They could then play out their hands as they would do in an online game, but could also have the opportunity to chat to players.

This Could Pave the Way For Virtual Reality

Live streaming could easily pave the way for the final step in the evolution of online poker, which would be virtual or augmented reality. This technology is expected to start going mainstream in 2023 with a projected revenue of $14.8 billion that year. If developers are able to combine live streaming with AR or VR, they could essentially create a hybrid between an online and live poker experience. In this scenario, players would be able to see one another, but would actually be in completely different physical locations. PokerStars VR has done precisely this, but it hasn’t yet crossed into mainstream levels of popularity. 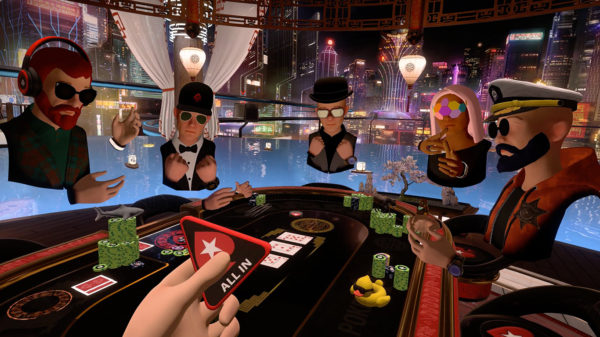 Live poker streams could easily work, and they may become ubiquitous over the next few years. From there, the natural progression could be to combine the streams with AR and VR to create a perfect mix between online and live poker.