The concept of blockers in poker has been around for a while, but it had primarily been used by Omaha players. It was only in recent years that some top players have started to seriously consider the idea of blockers in Texas Hold’em and how these can and should influence your game plan in certain situations.

In a nutshell, a blocker is a card that prevents your opponent(s) from having a particular combination of cards. For example, if you have the Ace of hearts, one thing you can know for sure is that your opponent isn’t drawing to the nut heart flush.

So, the general idea is pretty clear and self-explanatory. The question is, how does the concept of blockers in poker strategy help you at the table and how valuable is it overall? 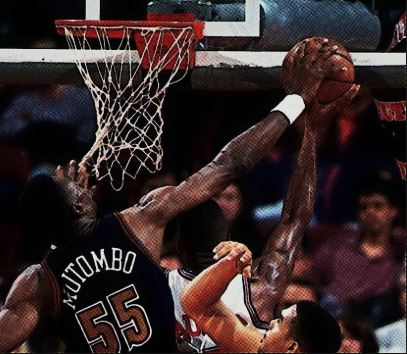 1. Blockers are means to an end, not an end in itself

One very important thing for those players new to the idea of blockers is to understand that it’s just one more factor in a big poker equation. You should take advantage of the information provided by them but not to the point where you disregard other factors in the hand.

For example, if you’re blocking a nut flush, you may be in a good spot to turn your hand into a bluff and represent the nuts yourself. However, there is no point in doing this if your opponent is someone who is unlikely to fold any flush. If you’re playing online and are up against someone with a very high WTSD (went to showdown) percentage, your bluff attempt won’t have a high chance of success. Never disregard the information you have in your Hold’em Manager or Poker Tracker.

2. Use blockers to pick off your opponent’s bluffs

There will be situations where your opponent is trying to represent the hand you’re absolutely certain they can’t have because you’re holding a blocker to the nuts. In these types of spots, having that blocker card can be very valuable and help you pick them off. If they are betting with (seemingly) no fear even though you know they can’t possibly have the best possible hand, it might be a spot where you’ll want to call them down somewhat light.

A somewhat typical example of this situation would be where your opponent bets the flop and then proceeds to barrel the turn card that completes the flush, and then fires again on the river while you’re holding that Ace-blocker. For many players, alarm bells will go off if you call them on that turn, so if they proceed to fire the river with the same confidence, the likelihood of them bluffing increases significantly.

Again, this isn’t something you should just stick to no matter what. If you start calling people all the time on flush-coordinated boards with just Ace-high, you’ll be bleeding money. Some players just aren’t afraid to value bet thin. However, it is something to keep in mind if there are other indicators that your opponent might be trying to pull off a bluff.

The concept of blockers can be very powerful when figuring out your pre-flop ranges and constructing your 3-bet and 4-bet bluff hands. Hands like small suited aces make for great bluffing hands not only because of their potential to flop big (flushes, flush draws, hidden trips) but also because they reduce a chance of your opponent having a huge hand themselves.

There are only four aces in the deck. If you have one, the number of all combinations containing an ace your opponent could have is reduced significantly. If you have an ace, they’re far less likely to have pocket aces or even AK themselves.

This isn’t to say they won’t sometimes wake up with a pair of aces in the hole. The element of luck and randomness is still there, which is what makes poker great and (sometimes) frustrating. But, by knowing about this idea and implementing it from time to time, you’ll be raking in some additional pots, effectively increasing your win rate.