Texas Hold’em may be the Cadillac of poker, but 5 Card Draw is definitely a true classic variant of the game. Even if it’s no longer popular in casinos and cardrooms around the world, this is one of the longest-existing poker variants that’s seen its fair share of appearances in various movies, TV shows, etc. Back in the day, when you mentioned poker, most people would think of Five Card Draw.

Given it’s played quite rarely, no one is willing to put in too much time or effort into creating advanced 5 Card Draw strategy guides, and there really aren’t that many resources for learning after you master basic 5 Card Draw rules and want to improve your play. Hopefully, these three simple but effective tips will help you have better results and increase your win-rate both in your home games and while playing it online. 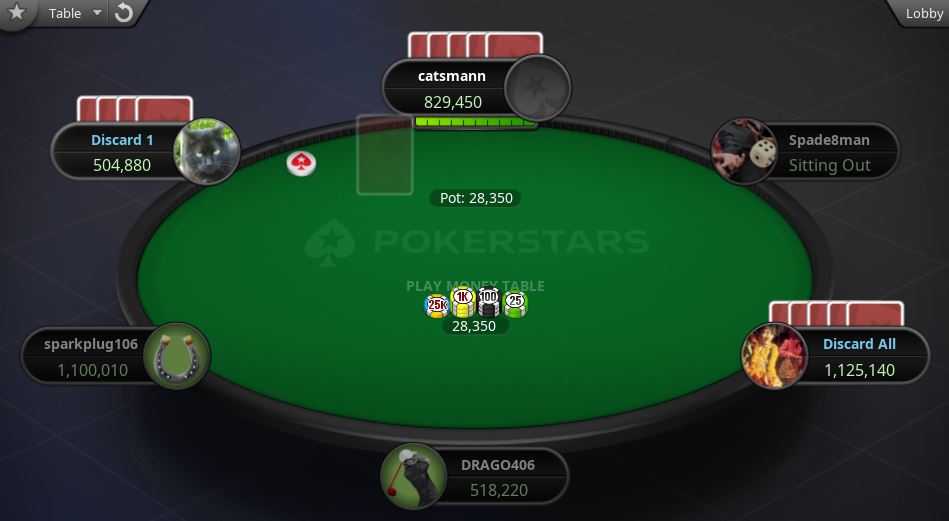 You should fold more often than you think

Position is very important in 5 Card Draw, maybe even more so than in Texas Hold’em games. The dealer gets to act last after the draw, which can really provide that individual with a great advantage. If you sense weakness in other players, being in position will open opportunities to win a fair share of pots that don’t “belong” to you.

Your starting hand selection is directly connected to your position as well. When you’re in an early position, you need to stay on the conservative side and only get involved with very strong one-pair hands (Aces and Kings) or better. Trying to play every hand is a losing proposition even if the opportunity to exchange your cards gives you an illusion that it isn’t.

As you get closer to the button, you can start expanding your range to include more big and medium pairs and some straight and flush draws. You should nonetheless be very careful with your drawing hands (one to a straight or a flush) as these often aren’t as good as they look. You’ll only catch the card you need about 20% of the time, so make sure you’re getting the right pot odds if you’re chasing. Just like in all formats, the math here is very important, but unlike more “solved” variations and ICM calculations, you will not have information available to you.

Don’t get fancy during the draw round

In 5 Card Draw, you only get one chance to improve your hand, and that’s after the first round of betting. You’ll have the opportunity to discard as many cards as you want and get new cards from the deck.

Many players make this more complicated than it needs to be. The best approach is actually the simplest one. If you have a single pair, discard all three remaining cards. When you’re holding trips, you need to discard both of your side cards, not just one.

Every now and then, you might want to deviate from these rules to deceive your opponents into thinking you have a stronger hand than you actually have (like discarding two cards when you only have one pair). If an opportunity arises and you feel like it’s the right time to bluff, go for it. But other than that, you should stick to these simple basic principles to achieve the best results in the long run.

So instead of chasing low-chance odds or drawing with three cards to a straight or flush, just fold hands like those pre-flop.

Be aware of your image and other players at the table

5 Card Draw has a significant element of mental game to it, perhaps much more than most flop games. With very little actual information revealed, you’re often left guessing as to what your opponents’ actual holdings might be. Thus, your experience, the ability to spot any physical tells, and the general understanding of particular players’ tendencies will go a long way.

You never want to be bluffing calling stations, for example, but you particularly don’t want to do it in the game where they can easily find an excuse to call you. With five cards hidden, they can always justify the call with the reasoning that you could have absolutely nothing. Likewise, you want to target these players with big bets every time you have a big hand. There is no need to get too fancy about it – just go for value.

You should also be aware of how other players perceive you. If you’ve been caught bluffing a few times, they’re more likely to pay you off the next time you have the goods. Once again, this is true for poker in general, but in 5 Card Draw, decisions are often made based on a “hunch.”

At the end of the day, the more you play, and the more experience you gather, the better you’ll become. Don’t be afraid to trust your instinct in this game, but stick with a solid and straightforward strategy for the most part. Let others make mistakes, and you can be sure they will.