I’ll admit, I’ve been slow rolled all my life. There was this one time a girl called me up and said, “come on over, there’s nobody home”. I went over – there was nobody home. (Apologies to Rodney Dangerfield)

Of course, slow rolls happen in all walks of life; from the aforementioned relationship example to seeing slot symbol combinations that just miss/change at the last moment when you’re playing games like Chumba casino. But as this is Cardplayer Lifestyle, we’re going to focus in this article on slow rolls that happen in poker.

I don’t think there’s an action in poker that can trigger such an emotional response as a slow roll. For some people it’s water under the bridge, but for others, it’s like lighting a match near a fireworks factory. If you’ve read a previous article of mine, you’d know that in my opinion, saying sorry after getting lucky in a pot, is more triggering than delaying throwing over your winning hand. 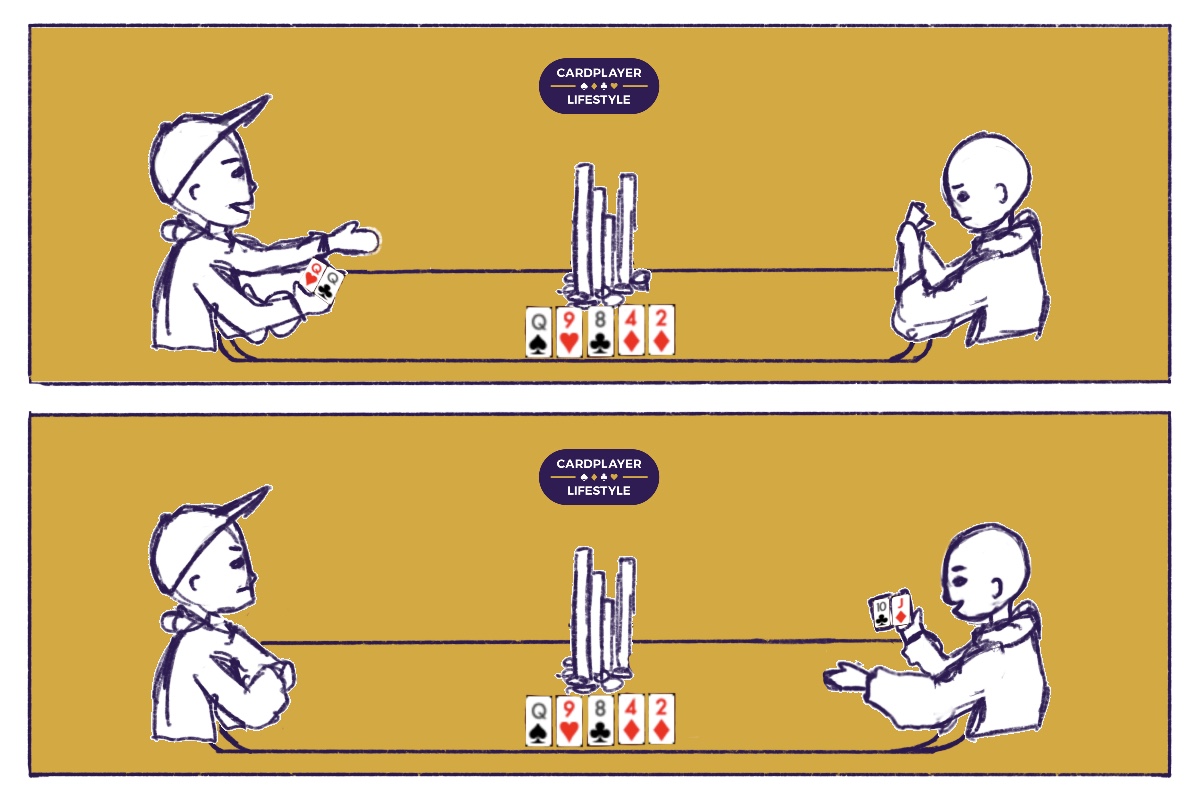 What is a slow roll?

A slow roll is when a poker player, holding the winning hand will deliberately take their time in tabling their cards, giving their opponent the impression, they’ve won the pot.

Having recently observed a Chernobyl meltdown after a player got slow rolled, I wanted to explore the subject more as to why people slow roll, but more importantly, why does it trigger such wild emotions in people.

A few weeks ago, I was playing No Limit Texas Hold’em at my local casino. The player to my left was a quietly spoken but friendly person. In this particular hand, after betting had ended on the river, his opponent flipped one card over to show trip Jacks. Thinking he was good; he tabled his hand showing a straight. At this point the other player flipped over his second card, giving him a full house.

The player jumped out of his seat and exclaimed at the top of his voice “why the [email protected]#k did you slow roll me?!” In the space of a second he went from Wolfgang Puck to Gordon Ramsay. His opponent wasn’t backing down, angrily denying that he’d been slow rolled. It resulted in a screaming match with a supervisor eventually stepping in.

The screaming match continued, which resulted in the supervisor screaming at the dealer to press the magic panic button under the table to alert security to come to the poker room. As he tried to separate the players, like a boxing referee, I decided to throw in my two-cents worth by saying that the player to my left had been very quiet, and it was totally out of character.

I felt like one of those neighbours being interviewed on the news following the arrest of a serial killer. You know, the ones where they always say. “He was always such a quiet person who kept to himself.”

Both players involved in the incident had an early night as security escorted them off the premises.

This isn’t the only incident I’ve witnessed. One of the first poker games I played in a pub, a player jumped across the table and grabbed his opponent’s shirt after being slow rolled. However, I think in this case the opponent laughing as he threw his cards down was the thing that drove him over the edge.

We reached out to renowned mental game coach and author of The Mental Game of Poker Jared Tendler, for his thoughts on why people engage in slow rolling their opponent; why being slow rolled can trigger an emotional response in a person, and steps people can take to make sure it doesn’t affect their game. 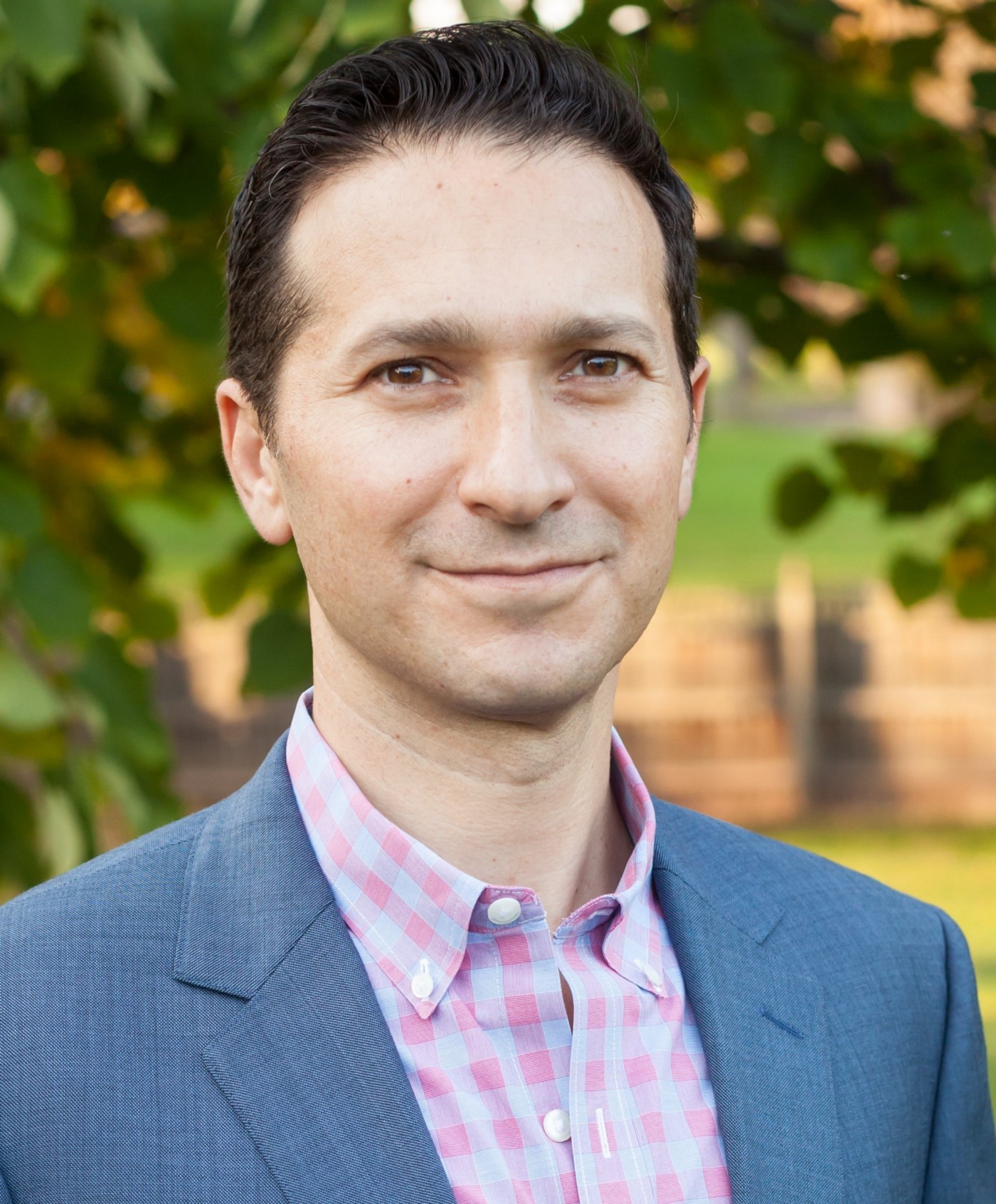 Why do people slow roll?

To get an edge — if you can tilt your opponent the benefits are obvious. Entertainment — when the game is a bit slow and boring, slow rolling someone could get more interaction going at the table.

Why does being slow rolled trigger such an extreme emotional response in some poker players?

Poker is an intense game and so much of that intensity peaks right at the end of a hand, and in those brief moments when a player is slow to turn over their cards it’s easy to think you have the best of it. Seeing otherwise can feel like something just got stolen from you. Plus, if you combine that with a feeling that slow rolling is ethically wrong, flying off the handle seems justified.

What steps can one take from a ‘mental side of the game’ to take the ‘slow roll’ more in stride.

The bottom line is you can’t control how other people play. Period. If you don’t think that slow rolling is right, from a moral/ethical side, you can work on ways to convince others of your perspective. But at the end of the day, you don’t get to decide how they play. If you try to control it, then you’re at risk of losing control of how you play.

How a True Poker Pro Handles a Slow Roll

One player who impressed me with the way he handled a brutal slow roll was Garrett Adelstein. It’s now an infamous hand involving Dylan Gang on Hustler Casino Live, where on the river, Adelstein hit a pair of Kings, only for Gang to re-raise his bet. Gang had turned a full house with pocket fours.

After Adelstein called his re-raise, Gang said “good call” implying Adelstein had the best hand. After showing his King, Gang then looked at his hand and said “just kidding” before turning over his full house.

Adelstein quietly cut the chips out to send over to Gang, showing no emotion or being flustered by the incident. He later tweeted.

Regarding the pot I lost w KT vs Dylan’s 44: We have no history aside from playful banter last week. I have no ill will towards him and he’s welcome to slowroll, needle, moon me midhand, etc. That said, he’s got an uphill battle if he thinks I’m affected by anything he does/says

Adelstein got his revenge the following week, scooping a pot worth nearly $400,000 against Gang, and wasn’t he happy!

“How people treat you is their karma; how you react is yours.”
-Wayne Dyer

Poker is outrageously painful sometimes. And other times it’s so goddamn sweet! After maybe the most brutal stretch of sessions I’ve had in 18 years, tonight was special.

Thanks for sweatin w/ me 😅

How to React if You Get Slow Rolled

Here are three tips from Jared Tendler for how to handle the mental side of being slow rolled.

1. Figure out why it bothers you so much

So why do you hate it? Take some time to write you answer. Then once you’ve got a good answer, figure out what is flawed in your reasoning. For example, you might be expecting others to never do it since you wouldn’t, but you can’t control what others do or say, so it’s flawed to think that you can.

2. Study your correction and take it to heart

A cursory understanding won’t be strong enough to fight back the surge of tilt when you get slow rolled.

3. Don’t let tilt get you to make mistakes

Even if you can’t control your tilt from happening, which is very common at first, you must work to limit the damage and prevent tilt from causing you to make mistakes. Remind yourself that if you lose control the player who slow rolled you wins. You can’t let that happen so instead us your anger to play as well as you possibly can. Including being acutely aware of the table dynamics afterward, you may be able to use your image as being tilted to your advantage. This logic and tactic have helped several clients.

Generally speaking, you should never slow roll your opponents, although occasionally there are good, legitimate reasons for doing so. With that said, here are four different kinds of slow rolls you’ll see at the poker tables.

Nothing better than seeing a player deliberately tanking and slow rolling with the stone-cold nuts get rivered in what some might say is poker justice.

Is there anything better than seeing a player get a taste of his/her own medicine. You might recall in Casino Royale with Daniel Craig, Le Chiffre slow rolls Bond when he rivers quad Jacks. He shows Bond one Jack and then proceeds to slide the first card over to expose the second Jack and mutters ‘oops’ before rubbing it in with a big smirk.

Bond would get his revenge, appearing to slide his cards in to fold, he then exposes them showing a straight flush, beating Le Chiffre’s full house

As mentioned in the article, a slow roll is sometimes used to wind your opponent up and for entertainment purposes. If there’s one player that you don’t want to wind up, it’s Mike Matusow. In this classic poker clip, Shaun Deeb slow rolls Mike Matusow after flopping quads. The whole table bursts into laughter after Deeb tables his hand. An upset Matusow, who must’ve been steaming delivered an expletive laden spray.

There are times (and I’ve been guilty of it) where you just misread your hand, or you’re a bit far away from the cards, the result doesn’t necessarily become obvious straight away. It happens occasionally in Omaha, where I might be focused on a straight, but the flush or full house comes in. In this situation I’ll immediately apologise to the player.

Then-96-year-old Jack Ury’s slow roll at the 2009 World Series of Poker remains my favourite of all time.

Sit back and enjoy. Even if you’ve seen the clip many times, it never fails to make a poker player smile.