Have you ever done any boxing? If so, you certainly are familiar with the “One-Two Punch.” It’s quite common as an aggressive maneuver in boxing. According to Webster’s New World College Dictionary, it is “a sequence of two quick punches, esp. a jab with the left hand followed at once by a hard blow with the right.” We can also apply it to playing poker. In that case, a broader definition is more appropriate: “Any sequence of two related actions for a specific result.”

Just as in boxing, the poker One-Two Punch can be quite effective. Many skilled poker players use it as a significant part of their bluffing strategy whether they’re playing live in a brick and mortar poker room or online at US-facing sites or other internet poker rooms. 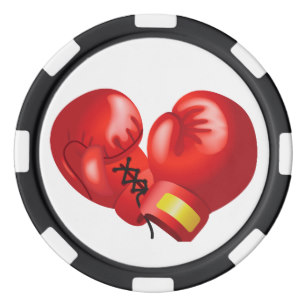 By the way, I have heard recreational players say that they “never bluff.” If that is indeed so, then I expect that they rarely enjoy a winning session – if ever. If they were smart, they would learn all the ins and outs about bluffing before going back to the casino to play whatever variety of poker they prefer. (Reference: The Art of Bluffing; contact [email protected])

I often use the One-Two Punch in limit Texas hold’em when I have have a strong drawing hand, especially on the turn followed by the river bet – if necessary. Here’s a typical example:

In a middle position, you stare down at QhJh in the hole. You pay to see the flop along with four opponents – no raises. The flop substantially improves your hand: 10h-8h-2c

The Big Blind (BB) opens the betting on the flop. The next two players muck their cards. Studying your hand, you have a draw to a big flush plus a draw to a Queen-high inside straight. That gives you 12 good outs (nine hearts + three nines – excluding the 9h which was already counted among the nine hearts). Any one of these would almost surely give you the winning hand. Using the 4-2 Rule, the card odds against connecting either on the turn or the river, are only 1.2-to-1. A quick glance at the pot, and it’s quite apparent that the pot odds are well in your favor – a Positive Expectation. With the turn and the river to come, calling the bet is an easy decision.

The turn is a blank, missing all of your outs. The BB bets out again. What do you know about this player? Having observed their playing during previous hands, you read them as a loose-aggressive player – certainly not tight. They have a wide range of possible hands.

What’s more, this is a perfect situation to use the One-Two Punch. Your “left-hand jab” – POW! – is a raise. It’s also a semi-bluff. You have a fairly good chance of connecting on the river. (The odds are less than 3-to-1 against you.) The other opponents muck their hands; so now, it is just you and the BB. If they decide to fold, the pot is yours. But, after some hesitation, they call your raise.

The river is another blank. Chances are it missed the BB too. They quickly check to you. Chances are that their hand will beat yours if you check back and have a showdown. (All you have is Q-high.) Now comes the second part of your poker One-Two Punch. Without hesitation, glance at your hole cards and bet out with confidence – POW! – using the Esther Bluff tactic to make your bet even more convincing that you have a powerful hand. Bingo! He folds – and you win a decent-size pot even without connecting. POW! POW!