Poker has always been a subject that sparked interest in the entertainment industry. From stories of wild west gunslingers playing stud in saloons, to fan favorite movies like Rounders, poker is the perfect world for storytelling. The very nature of a poker game is packed with drama, and players are telling a story of weakness or strength every time they play a hand. While stories about poker are usually told on screen, Anish Patel set out to give poker its first graphic novel in Final Nine. 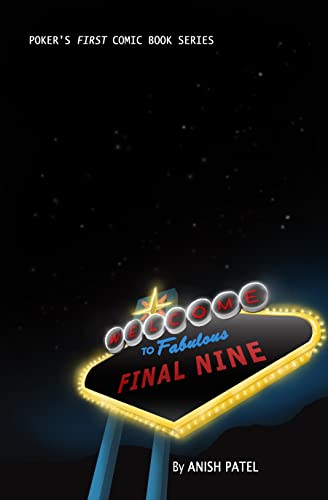 I will admit, I was a little skeptical going into reading this story. I have never read a graphic novel or comic book so I really didn’t know what to expect. I think my lack of knowledge regarding graphic novels was an advantage in reading this. When I first opened this novel I was struck by the illustrations. Each page felt perfectly crafted to draw me in with illustrations, and the flow of the writing was easy to follow. Once I got started with this graphic novel it was hard to put down.

Final Nine tells the story of the Poker World Championship Main Event final table. Throughout the story we learn more about each player and what brought them to the table as the poker action unfolds. I tore through this novel. The seamless weaving of the final table action with each players’ backstory was compelling from start to finish. When I finally put down this page-turner, I caught up with the author, Anish Patel, to learn more about the process of how he created Final Nine.

The Author and the Inspiration

Anish Patel has been writing his own scripts and stories since the early 2000s. As a child, he was a comic book fan, but while working in a TV studio in 2007 he discovered how vast the world of graphic novels is. Like myself, he assumed this form of media was only for superhero stories, but he was mistaken. After finding out some of his favorite non-superhero movies started as graphic novels, he dove into that world. It was only natural that he focused on poker, a game he started playing at a young age. Rounders introduced him to No-Limit Texas Hold’em, and as the game became the staple of card rooms, it became his favorite variant. White his love of poker and graphic novels grew, a particular final table sparked the idea for Final Nine.

After watching the 2008 WSOP Main Event coverage, Anish decided to write a story about a mainstage poker tournament final table. He had this to say about the inspiration:

Once the Final Nine players were decided, the tournament took a 4-month break and concluded in November calling it ‘The November Nine.’ It allowed the players to go home or continue playing poker in other tournaments and locations. During that time it also gave the players a chance to promote themselves (Interviews, TV spots, etc.) so when they do arrive back to play in the final they would have a following and supporters. For me this made it hard to decide whom I would root for. And after watching Peter Eastgate win the championship, I thought ‘how great would it be to write a story about poker in a similar format to WSOP ME in 2008.

While reading the novel, I noticed many players shared similarities to poker’s biggest names, and Anish confirmed:

All the characters are inspired by real players. There are players that people watch on tv as well as players that I have come across while playing the game myself. Legendary players like Doyle Brunson, Johnny Moss, Walter ‘Puggy’ Person and Johnny Chan have influenced the story, and the characters. These sorts of players have developed the game from six players on a table to thousands of players in a huge room. The comics include aspects like Phil Hellmuth’s collection of bracelets and his Vegas style entrances to the tournaments… 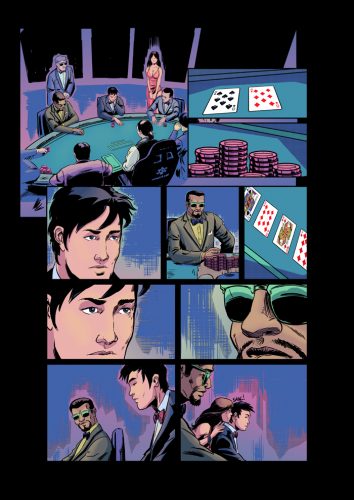 Despite my reservations about beginning my first graphic novel, I was hooked from the first page. Final Nine was a perfect introduction into the world of graphic novels. It was easy to get behind a poker story. I am obsessed with the game and consume all types of poker media. This read opened the door to a whole new way to be entertained by poker. It is easy to read, the illustrations are spectacular, and the story is thrilling. 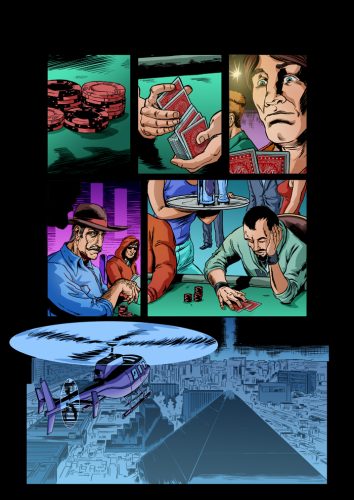 I am somewhat of a poker snob when it comes to non-fiction. Whenever I watch movies or TV shows with poker scenes I am usually annoyed by the inaccuracies. Many people in show business don’t understand the game, so the hands don’t make sense. This was not an issue with Final Nine. I was thrilled to see poker hands that actually make sense. Reasonable run outs and betting patterns made it much easier to enjoy the story unfolding. 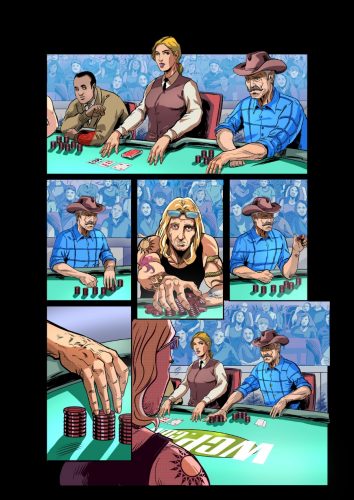 Aside from the poker, what really hooked me was the backstories for each player. The structure of this novel switches back and forth from the final table action to the lives of each player leading up to the tournament. Diving into the lives of the characters gave me everything I want out of a poker story: sympathetic characters, rich history, and the right amount of seedy underworld. Getting to know each character made the final table action all the more thrilling. It really felt like those big WSOP final tables where the countless interviews and color stories give the players more depth than their chip stack. 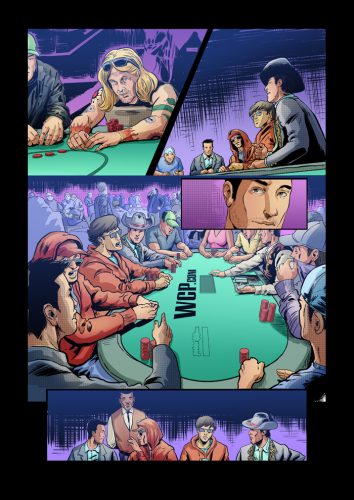 I highly recommend Final Nine to all poker fans. Whether you have never read a graphic novel or you have a massive collection, this story is a fantastic read. It opened my eyes to a new form of media, and in the hands of a graphic novel enthusiast, it will open their eyes to the great world of poker. I will certainly be on the lookout for more from Anish Patel, as he said himself:

Since launching [Final Nine] in mid-2022 my plan is to market to comic book readers and poker players. If the launch of the book becomes a success, then there would be further stories about poker. There is an idea to continue the story, or focus other types of poker games with further great characters’ back story.

For poker players, graphic novel readers, and myself, my fingers are crossed for more from the world of Final Nine. 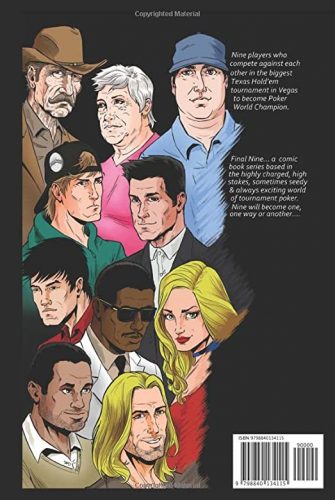