Peek-a-boo! I can see your hole cards online!

Rumors have circulated for years about software that exists which allows a third party to view your hole cards while you’re playing online poker. Now, it’s been confirmed by top computer security experts that malware of this nature exists and that it’s targeting accounts of players at Full Tilt Poker and PokerStars. 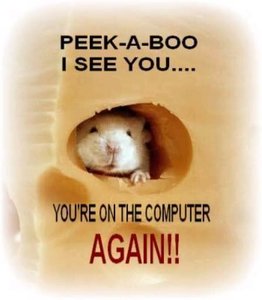 I was alerted to the existence of Odlanor malware a couple of days ago by two cybersecurity experts with whom I’m friendly and have been thinking about how to address it. You can read the official alert, issued by WeLiveSecurity.com, yourselves.

In a nutshell, the malware takes a screenshot of the player’s screen and sends it to the attacker’s remote computer. The attacker then retrieves the screenshots, where he can see the player’s ID and his/her hole cards.

There’s an old saying in poker that you don’t want to “tap on the aquarium”, lest you scare the fish away from your table.

News of malware like this existing completely shatters the aquarium. 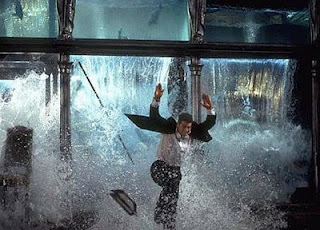 Hundreds, if not thousands, of accounts have already been infected with the Odlanor malware. Would anyone dare sit at a table knowing that opponents could see their hole cards? I sure wouldn’t.

Though I can’t speak for anyone else, I’m reasonably certain that as news of the Odlanor malware continues to spread (it has gone WAY beyond poker media at this point, being reported by mainstream news outlets such as the BBC and Daily Mail) more and more online poker players simply won’t bother logging in to play. I’ll bet we’ll see a statistically significant decline in player traffic once PokerScout.com releases their latest numbers.

In fact, just a couple months ago, we published an article by Professor Avi Rubin, which proposed a solution to this type  of malicious attack. Here’s Avi’s video with a brief rundown:

Maybe Now, the Message Will Be Clear

It’s in nobody’s interest to have cheating prevalent in online poker. Surely, plenty of grinders and sharks will also stay away from the pool once they realize that someone can see their hole cards.

Learning about the existence of HUDs (heads-up displays) that gather player data is what scared me away from playing poker online many years ago. I wanted to play poker; not a video game against math wizards. There’s obviously a fine line between a HUD and “peeker” malware, but I feel the outcome is the same: it scares away people who just want to have fun and enjoy playing poker. At least I have nothing of that nature to worry about when I play in my home games or step into a poker room.

To me, the message is clear – PokerStars, Full Tilt, and all online poker operators ought to make this a priority #1 issue. Make every effort to immunize your sites from malware of this nature, and if you REALLY want to make sure players feel safe, you ought to ban HUDs as well.

If you want to get players like me back at your tables, nothing less will suffice.

Interesting read, Robbie. I especially agree with the “Message Will Be Clear” part and hope online poker sites step up.