Perhaps the busiest man in poker, Lex Veldhuis wears so many hats that one can’t help but wonder how he keeps up with himself.

The Dutch poker pro is a PokerStars ambassador, highly popular Twitch streamer, commentator, and poker festival organizer with his Lex Live series. At the heart of it all, Veldhuis is still a poker player, and I was lucky enough to get a few minutes for a chat with him at PokerStars European Poker Tour Barcelona. 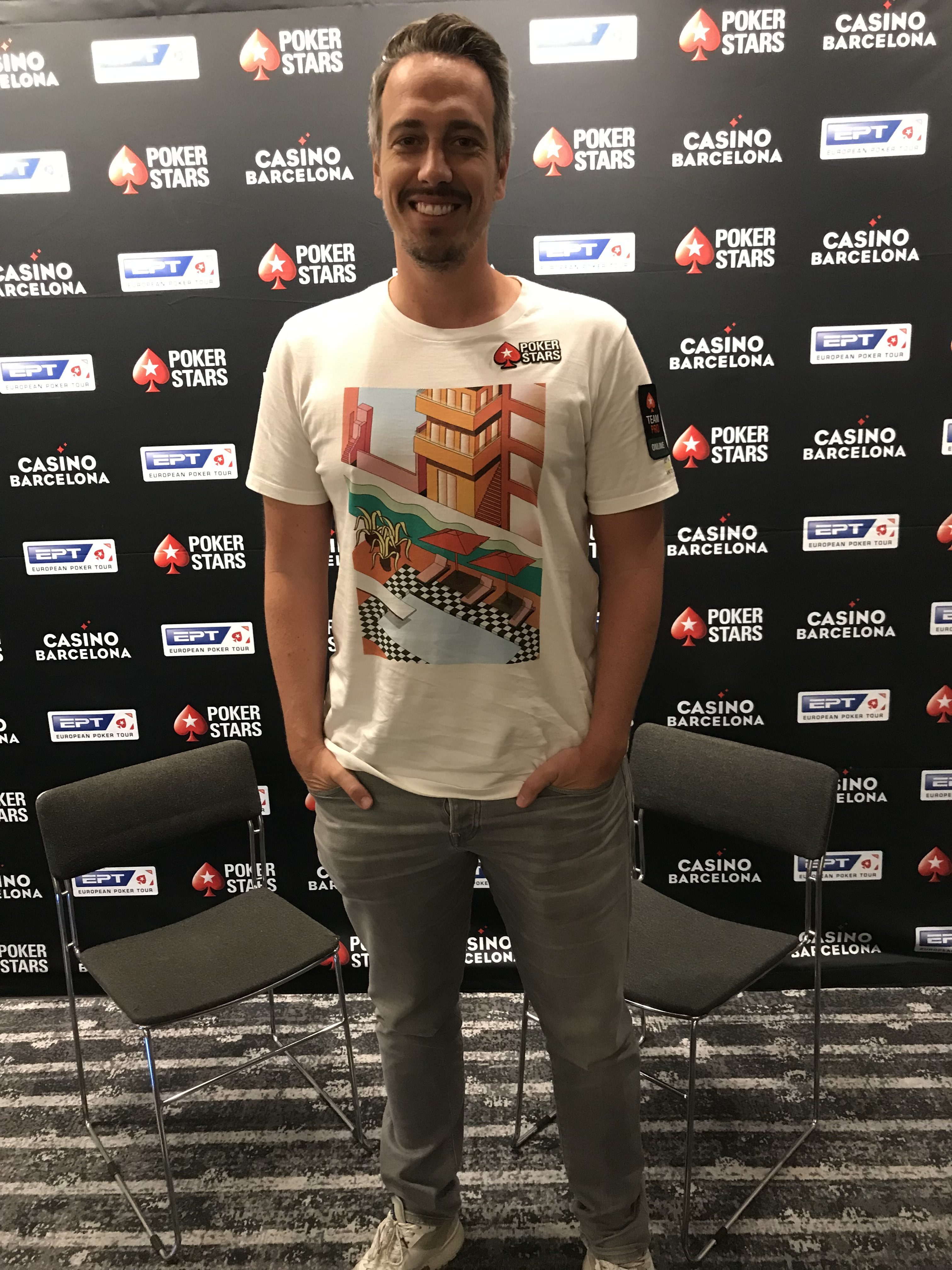 We’re here at EPT Barcelona right now, but Lex Live 2 is coming up. Tell me a little more about the Lex Live series.

What really is the center of streaming for me is the fact that people are interacting with each other. From people watching every day, every week, you kind of grow a community. Our community grows and grows. As you stream more, people on the channel come in, and they talk about what happened in their day, and I get to know them as well. So really the only logical next step to deepen those relationships, and strengthen them, was to meet each other.

So that’s kind of how Lex Live started. It’s a community meetup event where we also happen to play poker. That’s really the way you should look at it. Lex Live, the first one, was a massive success. The main event had over a thousand runners, but to be honest with you that’s not the goal. For me, what’s really important; there could be a main event, if we’re lucky enough for Lex Live 5 to happen, if there’s a main event sometime with 500, I’m fine with that too.

What I really want is that more and more people from the stream, that watch regularly, will come. But that also other people will that other people will think wow, this is really awesome. It kind of reminds me of the first EPTs, the whole lobby was filled with people, everybody was talking, and you talked to different groups. And you met somebody from online, and you their friends.

Poker became a lot more individual, and I’m just trying to bring that community feeling back, and show that it’s still there. Poker is much more fun that way.

You are a busy man in the poker industry. You’re one of the most followed Twitch streamers, you just got back from doing commentary at the Triton Million, and you’re one of the longest-tenured Team PokerStars Pros. How do you keep up with your hectic schedule?

I think it’s really important to pick your battles. I think a good example is sometimes people ask me if I going to play the Main Event in Barcelona. And it’s like; I’d love to, but it’s like taking a vacation from my stream. I’m not doing something that builds toward what my goals are, which is developing my stream and growing it. And widening my reach there.

If you used to play sit n gos and you love those, you can also put those skills into MTTs. And you can parlay those skills into live MTTs. There are all these different things you can do to trigger that learning curve again, and that motivation. I think it’s a combination of the two.

I read an interesting article that really helped me. Apple is a good example. You start with an iPod. Then you have an iPhone. Then you have an iPad. Big projects that follow each other up in a logical order. They didn’t start with 15 products that were half done, half prepared. So that’s the way I try to look at it.

Today replay of yesterdays sick sick stream. Travelling to Barcelona and playing the ‘Chase Your Dream’ promo tomorrow. Immediately flying back for another few streams. Really like this road to WCOOP. Next week hell breaks loose.

What are some of the challenges you face as far as continuing to play poker at the highest level? Especially with such a large audience watching every move you make.

So people will watch the stream, get entertained by it hopefully, but at the same time they’ll judge me based on poker player criteria. That’s sometimes a struggle based on my personal competitiveness.

Because if I’m streaming for 40 hours a week , I’m also playing and I’m learning, I’m trying to get better at my craft. And then, outside of that, I’ll spend 20-25 hours on streaming-related projects. Be that moderation, graphic design, innovation, whatever it is. It’s like around 20 hours every week. So that’s already 60 hours.

So where am I going to study poker, right? But people that follow me expect me to improve, and learn new things. You’re doing like two or three career at the same time, and sometimes it becomes hard to plan. So what I’m trying to do now is do that in periods.

The stream always comes first, 90 percent of my time will always go to the stream.  But if I feel like sometimes I need to find that trigger, that also comes back to sometimes triggering something to get more enthusiastic about it, inquisitive.

I’ll for instance do eight hours of studying that week. Or I’ll get six hours of coaching. And then I’ll be completely refreshed, let’s try new things and apply them. It tough; when people are watching and they’re judging you on it, and they have a right to as well.

I think the key for me is just to be confident in what I do, and how much time I have for it, and just accept that. And if people that watch me want to look at it in a different way, just explain it to them. And if they don’t hear it, that’s fine. 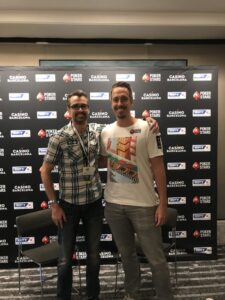 A photo op with the man himself!

Longtime poker fans might remember, back in the day, that you were on High Stakes Poker with guys like Doyle Brunson and Eli Elezra, among others. How are you different as a live player now versus back in those days?

I think that’s kind of what made me not care in some important spots, and just some things that just weren’t smart. I mean it made for entertainment, and I liked it. And it really suited the period, my age back then. Sometimes I would just player poker in a way I that I thought was fun. Now, I’m much more smart in trying to play the best I can to get the best results.

It was an early bath for @3gerardpique in the Chase Your Dream Invitational. 👇
The action continues at https://t.co/hRFaQAqWdk pic.twitter.com/jHBcgFRIY7

What has been the highlight of your 2019 so far?

I would have to say Lex Live. That really feels like the next step. It also feels like that can be durable, beyond me streaming or me playing poker. That’s definitely something I would want to keep doing. Keep meeting those people, keep meeting people in that setting. Really good friendships have come from it. It feels like a milestone, or a crown, or something, what’s been happening with the stream over the past few years. I’m looking forward very much to the second one. Because more people are coming, I’m going meet new people, more people are going to tag on.