A couple weeks ago, at the PokerStars Championship Barcelona, I had the chance to chat with Liv Boeree. During the first part of our time together, we spoke about her passion for effective altruism. I could not let my opportunity to speak with Liv Boeree go by, however, without asking her for her thoughts about women in poker. It made me uncomfortable to do so because the mere question implies that she is something “less” than what she really is — a phenomenal poker player with an impressive resume by any standard. 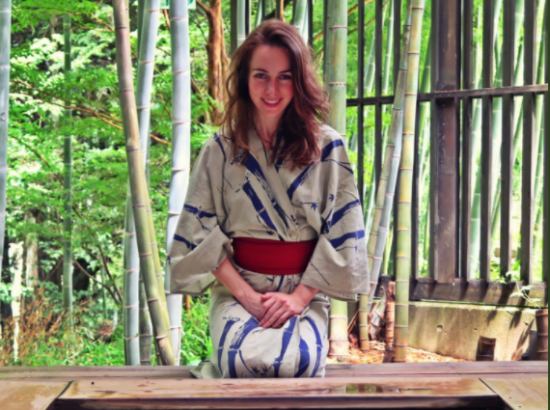 However, given the reality of the world we live in, I thought it important to get the perspective of one of the games top female players. I had a few specific questions to ask, but the mere mention of the topic was enough for Liv to share some of the shockingly misogynistic things that she has seen with equal parts brutal honestly and incredible poise. She basically covered everything I was going to ask her on her own, without much prompting from me.

Below, she shares a story of an incident that had just happened to her in the days before our interview, and gives her perspective on the reason why the percentage of female poker players is so small compared to the overall population. She also made some suggestions with regard to what the poker industry’s goal should be when it comes to gender parity.

What are your general thoughts on being a woman in poker?

I always start off with the same thing, which is that I’ve never been a man in poker, so I have no real point of comparison. And I think if you want to make any strong statement about something you need to be able to know what the other side is like. That said, it has its advantages and it has its disadvantages.

For example, just even yesterday I was involved in a hand with a perfectly nice French guy and won the pot. Afterwards I gave him a fist-bump and then he points at his cheek — obviously asking for a kiss on the cheek. At that point, I’m thinking “On what planet is this OK?” You wouldn’t ask me to do that if I was a man; I’m not going to kiss you on the cheek. It’s a bit demeaning. I appreciate that it may be a cultural thing, but it’s one thing to greet someone and [that situation] is another thing.

And then he says sorry, and I’m like “no problem.” But then some other guy pipes up and says “you Brits have no fucking sense of humor.” And I was like, what? Excuse me? Why treat me differently? He starts arguing that “well, you know, men have urges, of course we’re going to treat women differently.” I asked him if that justifies harassment, and he responded that that wasn’t what he was saying.

And I tried to explain to him, look you have to understand if this was a one off incident to be asked to kiss someone on the cheek after a hand I wouldn’t care. But it happens almost daily when I play in a tournament.

That’s so depressing to me…

This is just my personal experience. I can’t speak for every woman, but most of my female friends have these kinds of things happen. It’s maybe not every day, but no matter how conservative I dress you’re going to get looked at. And that’s part of life, but the point is that it’s always there because you’re an anomaly. So that’s just part of the experience.

It’s a double edged sword, basically. There are a lot of benefits that can come from it. If you use it well, then it can add extra value, but there are also downsides where you’re treated differently.

Is it getting any better?

It is getting better. The trend is still very very positive. For the most part, as a woman in poker I’m treated with respect and I’m not treated that much differently most of the time. But there are still pretty much daily occurrences where you are reminded of the fact that you are a woman.

What International Women’s Day is about (to me, at least): #IWD2017 pic.twitter.com/oojpcACrZZ

Do you have any thoughts on how to get more women into poker?

I think ultimately, it’s difficult. You can’t do double blind tests to get to the nitty gritty of why it is. I think there is just always going to be a subset of women who just aren’t interested. They just don’t enjoy the competitive angle of the game, and whether it’s a matter of nature or nurture that made a subset of women less likely to play such a hyper-competitive game as poker, I don’t know. But there’s probably always going to be a nature part that we can’t do anything about.

But that said, companies like PokerStars do really make it as, not female friendly per se, but gender neutral. Which is what it’s got to be about — this is a gender neutral game; it doesn’t matter who you are. PokerStars is really good at promoting that, and I think that is the sort of thing we just need to continue doing.

But we’re never going to get it to parity because I just think that actually it is that degree of nature where poker is just not as appealing, on average, to women as it is to men. But that said, there are a lot of women out there who are like me, who do enjoy competitive games and I think that with time we will appeal to more and more of them.