A Quick and Dirty Guide to Beating Low Stakes Tournaments

My students and recreational poker playing friends have a complaint that I hear so often that it has become the overplayed radio hit of my poker conversations. There are interesting tunes in between of course; strategy questions, funny stories… But if I talk to a recreational player long enough, it always seems to come around: They can’t beat a table full of bad players and are certain that their results are better against better players.

Sure, this statement seems like nonsense. And it generally is! I’ve put some thought into it, and I believe that the reason most of these people have the belief they do is because:

I’ve also seen many of these same people move up in stakes in an attempt to solve this problem, and they get slaughtered.

There is also a particular skill set that they may be lacking. The ability to quickly identify a very weak player, adjust to their playing style, and make the right decisions based on accurate hand ranges, are necessary components to beating a truly terrible player. Since the problem is so common, let’s take a shot at it.

My Quick and Dirty Guide to Beating Low Stakes Tournaments*

Let’s start with what I refer to as “structure anxiety”. Many players feel like a fast structure takes all the skill out of the game, and they feel constant pressure to chip up and take risks or they will be blinded off. If this describes you, ask yourself this question: “Is there ever a time when you should play a hand differently because of the length of a the blind levels?”

While it is possible to come up with a few spots where you might theoretically alter your play based on structure, it would be very rare. In most cases, the size of the pot, your opponent’s range, and the stacks behind, pretty much dictate the action and how soon the blinds are going up has no effect.

When I first started playing poker for a living, I was playing single table tournaments on partypoker. Yes, I’m that old. And I was considered one of the “online poker kids” back in those days. When I switched to playing a few of the sit and gos with the turbo structure, it felt like constant pressure. My ROI went down a little, as I expected, but my hourly rate actually went up. Making 10% in nine tournaments per hour was better than making 13% in five tournaments per hour.

Playing poker professionally as a teenager/college student really solidified this for me. Calculate hourly rate and adjust your time tasks/time accordingly

I have taken this knowledge to multi-table tournaments as well. My ROI might be higher in a great structure, but a faster structure means that my hourly rate might be just as good or better. People make terrible mistakes in fast structures, and a lot of nitty players that you would rather avoid will either tilt off their chips in frustration or skip the tournament altogether, making the tournament a lot more fun and often more profitable. The last thing I worry about when thinking about playing a tournament is the structure.

Let your structure anxiety go. It doesn’t matter to the play of the individual hand, and your opponents are playing the same structure you are. Just play solid smart poker with the stack you have, and everything will be fine.

1. You may be focusing on the bad beats

This is common. It also does you no good at all. You play good poker, and eventually you’ll get paid. Focusing on short term bad luck is not only a waste of time, but it will make you play worse. I see it every day. People who are so afraid of bad beats that they play badly simply in an attempt to avoid them.

If you see someone open raise for six big blinds in a tournament, they almost always have a big hand and are afraid of a bad beat. And when they just win the blinds with their raise, they are happy they didn’t lose a big pot. They have no idea that they allowed me to fold Ace-King instead of re-raising it, simply because they made a bad play. And they don’t care. Because they expect to lose if they get called. It’s a matter of their emotions costing them money at the table. Stop being afraid. 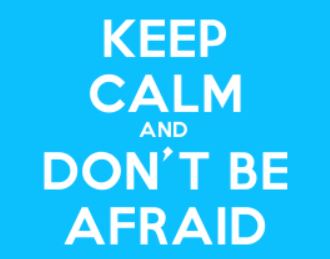 2. You could be playing very badly against loose players

I see this every time I play, too. Someone will open raise to three big blinds, and get called by a player who they know is playing almost any two cards. Then they give that player 80 big blinds on a 963 rainbow board with two jacks because they think that a bad player can’t have a good hand.

If a bad player limps into the pot, do you know how much to raise? Let’s look at an example hand, and you can answer the questions yourself and see if you agree with my assessment after.

A bad player who calls raises and plays almost every hand limps at the 300/600 level from middle position. You are on the button with a pair of tens. You each have around 20k in your stacks. How much do you raise here?

It varies depending on how bad the player really is, but my goal here is to pick the highest number that will get them to call, or I won’t raise at all. I don’t mind seeing a flop multi-way and keeping the pot small with a pair of tens, especially if the blinds are bad players as well and I can win a big pot if I flop a set. My typical raise here would be to around 2,600. This puts heat on the limper, get the blinds out, and either wins me the pot or gets me heads up with a lot of money in the pot when I have the best hand and I’m in position.

If I was in the small blind, but everything else was the same, I would raise to more like 3,600 because playing against a calling station out of position can be tough and I want to get as much money in now as I can or simply win the pot pre-flop.

If this bad player is very readable, then a smaller raise is also fine. Make it 1,700 to get the blinds out, and beat the bad player after the flop. However, it is important to remember that this player sees a lot more flops than you. They may be super loose pre-flop, but after the flop, when the big money goes in, they have “home field advantage” because they have been seeing flops with bad hands for many years and they are probably pretty good in such a situation.

So What’s the Key to Beating Bad Players?

If you aren’t beating bad players, you need to work on your skill set. It’s not a hard thing to do; it’s just something you haven’t learned how to do yet. Give it some thought, schedule a lesson with your favorite coach to talk about it, or keep working on your skill set and learning how to handle wide ranges with different stack sizes.

What if I CAN Beat Bad Players? Why Am I Not Winning Low Stakes Tournaments?

The real question with smaller buy-in tournaments, is often which ones to play. The rake is high, the structures are fast enough that a low ROI Is guaranteed, and there aren’t ten more tournaments starting immediately like there were back my partypoker days. If your ROI drops to 25% because of a fast structure, and the rake is 25%, you are breaking even. If your ROI is actually 50% because you are a really great small stakes player, then you make 25% of a buy-in, which may be enough to cover your gas to drive to the casino and a few tips for drinks at the table, but you aren’t going to make much money.

The fields will always be soft, and while a little better structure is nice, the best thing to look for in low stakes tournaments is a low rake: $100+25 is pretty standard, but if you can find $125+25 it’s better, and if you are paying $75+25 the tournament is going to be tough to beat.

Find smaller stakes tournaments with low rake, often in the $200 range. Work on your skills. And let that structure anxiety go. You are playing a hand, not a structure. Play your hands well and you’ll be fine.

*Results not guaranteed. Use my advice at your own risk!