Once seen as the golden ticket of a poker player’s career, becoming sponsored by one of the industry’s major brands has become a rarity. Not only are fewer player sponsorships handed out today than 10 years ago in the pre-Black Friday glory days, but players now need to offer a lot more than a pretty face and a fearsome reputation at the felt to grab such a deal.

How can players still put themselves in the shop window for such an achievement? Well, getting exposure on CNN Money certainly helps boost a profile, but barring that type of rare exception, it’s much more of a grind. Let’s look at seven ways that a poker professional can become an asset for one of poker’s big companies. 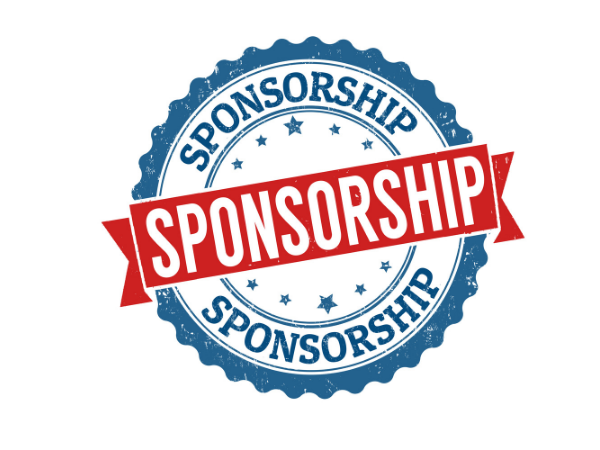 This sounds like the easiest thing in the world, but in actual fact it may be the hardest. Becoming a professional poker player and being professional at being a sponsored poker player are two very different things indeed. When you quit your job and play poker for a living, it can feel like you’re doing the exact opposite of a usual 9-5 role.

To a certain extent, becoming a sponsored pro will mean dealing with people who put in usual office hours.

Looking at your job as a brand ambassador is akin to looking at your previous work in whichever career you had before poker — what were you doing to justify your role each day? Having the same ultra-professional attitude to your work as an ambassador will ensure you keep the position beyond being a year-long novelty.

This is why you have ambassadors!

2. Put in the Volume

If you played a lot of poker before, you’re going to need to play even more to become a sponsored poker player. Sometimes, this won’t be your optimal game, either. Look at Chris Moneymaker, possibly the greatest ever sponsored player in terms of the money he made the brand he represented. Despite winning millions at the felt, Moneymaker played tonnes of tournaments all over the world wearing the PokerStars patch that were $100 entry or sometimes even less, and continues doing the same, online, with his new sponsor.

It’s all about continuing to play poker as often as you can and as much as you can. Getting in the time online is easy these days, but when the live game comes back, you’re going to need to get out there and get your name known.

Purely playing poker isn’t enough to get that dream sponsorship deal. More and more these days, being active on social media is vital to the success — or not — of the sponsored poker player. Whether it’s on Twitter, Facebook or Instagram (probably all three) you need to be engaging with fans, chatty with other players and by and large positive about all aspects of poker. No-one likes a moaner, and bad beats don’t fly if you’re a sponsored pro – you’re expected to be able to deal with the vagaries of the game. Just like if you were to represent a PA online casino, it would be expected of you that you don’t complain if your sessions don’t all happen to be winners.

Putting in the time online doesn’t just extend to social media as there are often a lot of less familiar but equally important ways to communicate. These could include a players’ Q&A, an AMA (ask me anything) or even Twitch streams where you’re providing analysis of the action from others playing the game. The key is to join in, be flexible and have fun meeting new people; if that’s not fun to you, then being a sponsored player probably isn’t going to be either.

Its going to big Monday @ACR_POKER!!!

I will be streaming both events! Will be giving away some freebies as well

Meeting new poker players is not limited to the online world. With live poker tours back up and running, being seen at these live festivals is all par for the course for the perfect sponsored pro. From playing in as many tournaments as possible to attending parties and promotional activities, it may sound like a lot of fun – and it is – but it’s also physically demanding, too.

Make sure that you are a fit individual who can skip sleep and be ever-present during frivolities – it’s the best way you can sell the experience of playing live poker with your particular brand.

5. Network Up and Down

It’s all very well partying with your fellow pros, but what about managing up and down when you’re a professional player? One example of this might be conversing with players who have a lot less experience than you. Imagine the scenario – you’ve arrived in Morocco four hours after you planned to thanks to a lengthy delay, and your baggage has somehow been sent to Bengal. Playing the opening tournament, you’ve lost half your stack and jetlag is kicking in. It’s two hours until the next dinner break and the player to your immediate right is intent on recollecting every bad beat they’ve ever experienced. Can you still force a smile and listen intently? If you can, then sponsorship might be for you!

Another absolute banger of a Meet Up Game at @LiveCasinoHotel last night with TWENTY ONE tables. Great work by the staff and dealers, and thanks to everyone who joined in; it was great hanging out at the tables and the bar after. Some epic things happening out here! pic.twitter.com/9fyDzVGLwf

Managing up can, arguably, be even more difficult. You know your value as a poker ambassador, but sometimes the owners of poker brands don’t understand the intricacies of the game so need your value explained in much broader terms. Convincing the suits of poker players’ marketing value can sometimes be a real challenge, so explaining exactly how you’ll benefit the brand is crucial. As so often in life, putting yourself in another’s position is your best recourse – if you were in charge of the purse strings, what would convince you to open them?

One fatal mistake that some sponsored pros have made in the past is believing that all news is good news. Some believe that no matter how many people they annoy, if they’re being talked about then its good for the poker brand.

This is more frequently becoming the exact opposite of the truth in modern poker.

Being an entertaining poker player does not mean being controversial or confrontational for its own sake. Being the best and most popular version of you should mean that you give your honest opinions about poker games you’re in and the industry around you, but that you also consider others. Staying cool makes you look approachable and any aspiring professionals might see you at a live event or hear your thoughts on a podcast and believe the site you represent is the best place they can learn the game while being themselves.

There’s no greater selling tool than that in poker.

Above all, being a sponsored pro is all about providing value to the poker company you represent. So how do you establish this to be the case? Essentially, whoever the company are, they want you to represent them at the table and inspire others to sign up and play on the same site, hopefully becoming a regular. You need to provide more value than your sponsorship package costs.

To that end, influencing new player sign-ups is crucial, then, but it’s hard to pinpoint exactly how each poker pro does this, unless there’s a specific sign-up code that they have out there. If that’s not the case, then it’s a more generalist kind of value that you need to provide.

Very happy to announce I’ve joined @partypoker as an ambassador. Time to help make it number the 1 site in the world pic.twitter.com/ADlgZ716fW

To that end, ask yourself the following questions:

Generally, if you can answer those questions in the affirmative, then you’re on your way. Now it’s just a case of booking a major tournament win that puts you — and your patch — in the poker headlines.