6 Life Skills That Being a Poker Pro Has Taught Me

There have been times in my life, some of them recent, when I have been pretty negative about poker. It can be a frustrating game. Working in a place that doesn’t care if I make a living, at a table full of people who are actively trying to prevent me from doing so, isn’t always good for me. When that happens, I try to remember all the good things poker has done for me.

I have made more money since I started playing poker for a living than I’ve ever made doing anything else, but it hasn’t just been good for me financially. Poker has also been critical to my development as a person. It’s something I need to remember more often.

The vast majority of people who try to play poker for a living are not successful. You need a very specific set of skills to make it as a full time pro, regardless of whether you play live in brick and mortar establishments or at the virtual felt at new online casinos. When I decided to play poker for a living I was missing many of those skills. But I was absolutely determined to make it work, so I studied hard and learned what I needed to learn, whether it was fun or not. Here are six life skills I’ve learned from being a poker pro. 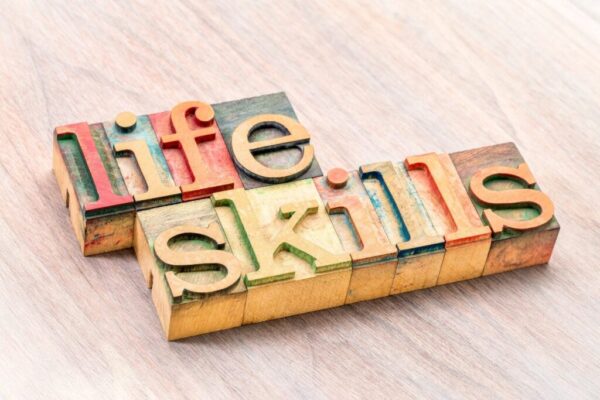 I had always just spent a little, saved up for things I wanted, and tried to make more money when I needed it. Maintaining a bankroll, and knowing that my income was partially a function of that chunk of money, changed everything. Within a few years I had other poker pros asking me about bankroll management and went on to write articles about it. Understanding money management will serve me well for the rest of my life.

When I first switched from online poker to playing more live games after Black Friday, I didn’t read people well. I’m a big guy, so I didn’t have a reason to learn to read other men because they usually didn’t pose a danger to me. And like many young men, most of what I learned about reading women was only relevant to dating them.

I took some tests on reading faces online and my results were terrible. But those tests had suggestions for how to improve your score and I read about facial expressions and body language and what the outside of a person reveals about the inside. Now I understand my fellow humans in a whole new way, which has been great for my personal relationships.

I was never prone to fits of rage. I never smashed a mouse against the wall after a bad beat. My even temperament led me to believe that I didn’t have a tilt problem at all, and that I was able to perform at my best most of the time. Some testing, and some discussions with Dr. Al Schoonmaker, changed my mind about that.

My performance in any mental exercise or competition has improved, but much more important than that, my life has gotten better. I can recognize when I’m tilted, whether it’s frustration at a stop light, tilt because of a big losing session, or just being aware of a lack of sleep. My mental game is stronger, I’m mentally tougher, and I’m more aware of when I am not at my best. This skill set will be useful in everything I do for the rest of my life.

I was not a disciplined young man. While I still have some work to do on this one, I am much better than I was because I had to study every day, really study, to beat the games and because I had to go to work and play well every day. If I took a day off every time I was winning, or went out drinking every time someone called me at seven o’clock on a Friday, I would never have made it.

Playing serious poker is an exercise in self control. There are vices everywhere. I have seen poker pros lose their bankrolls because of drugs, alcohol, overspending, prostitutes, legal trouble, overextending themselves, loaning out too much cash, and from a simple lack of willpower. It’s easy to find a reason to take a day off when you are your own boss, but if you don’t work hard and put in the hours, you cannot succeed.

The only thing that motivated me to solve all those problems and learn all those new skills was a decision to play poker professionally. When I decided to do it, sometime in 2001, there were relatively very few professional poker players. There was almost no information online about how to do it, and online poker was in its infancy. No one was playing online for a living yet, so there were probably just a few dozen real poker pros in the world.

But I had done odd things for a living in the past and I saw no reason why I couldn’t conquer poker. I had a friend who gave me some advice and loaned me a few books, and I was already comfortable playing cards for money from a professional blackjack career. So I just decided to play poker for a living.

When I made that decision, I had never played a single hand of Texas Hold’em. I had played nickel-ante dealer’s-choice games with all kinds of weird rules, but I had never played in a casino or played a hand of hold’em. I just decided that I was going to do it for a living and I wasn’t going to fail. I would learn whatever was necessary.

I thought I would need a poker face and some math knowledge, but those skills were only a tiny fraction of what I needed to pay my bills playing poker. If you have started a successful business from scratch, or developed a high level of skill at a hobby, then you have some idea what it takes. If you have never done these things, then you probably need to learn all these things, just like I did.

I was playing a home game years ago in Minnesota. A $5/10 no-limit game that happened to have two other poker coaches in it. One of the recreational players asked if there was any value to be found in a poker training site. All three of us were prominent coaches at different sites and we told the player that not only was there value, but that we were members of each other’s sites so that we could keep learning.

By the end of the night, the three of us had most of the money on the table, and the recreational player was joining all three training sites on his phone, hoping to learn some of whatever it was had moved all the money into our stacks. 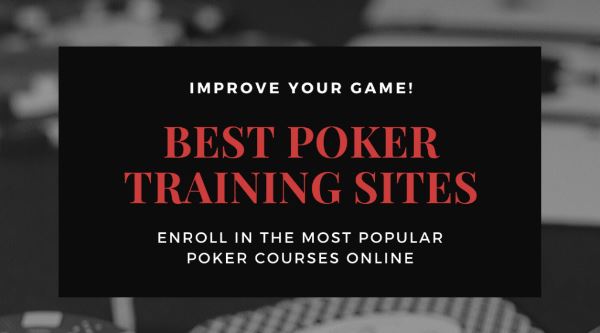 The fact that we were all members of each other’s sites is the key here. I will be a student for the rest of my life, learning about whatever I am interested in every day. Poker taught me how to really learn and how to keep learning to stay ahead of the pack. The game evolves so fast now that if you aren’t learning for six months, you will likely drop from being a serious winner to being a losing player.

Poker is great. As much as I grumble about it, the game has been really good to me. I’ll just type this here again so that I remember it. Poker is great and has changed my life for the better. I hope it does the same for you.