3 Tips For How to Play Ace-King Better

Ace King is one of those Hold’em hands that players either love or hate. There seem to be many different theories about how to play Big Slick correctly, although some of them have no math or logical explanation behind it. 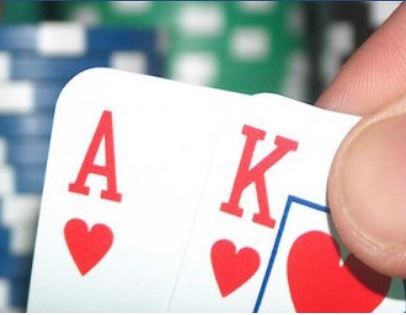 The number one reason why players often remember losing with this hand is because of their expectations to be always winning. Also, AK has more combinations than, say, AA, so you will be getting this hand more often, which could give you the illusion of losing.

So while some players believe Ace-King is a marginal hand, it can be one of the most profitable hands when played correctly. The truth is that even against an extremely strong range of 99+, AQ+, AJs+, this hand is a slight favorite.

So the question is not if this holding is good enough to stack off with, but rather about finding the optimal way to play it to maximize your results.

While everyone seems to have their own approach and ideas on how to play Ace-King, sticking to these few simple tips will help you to avoid most of the problems with this hand.

1. Don’t be afraid to stack off

Ace-King is strongest before the flop, where you’re likely to have a mathematical edge over most opponents’ ranges. That’s why you’ll want to drive the action before the flop is dealt and build as big a pot as possible during this stage of a hand.

While you can break every strategic concept into many smaller pieces, the simplest advice I can give you about playing AK is – raise. Whatever happens in front of you, when the action comes to you, just raise!

As long as you’re playing at a standard stack depth (of 100 big blinds or fewer), you’ll almost never be wrong to commit your entire stack before the flop, so you should build that habit of raising.

Sure, if you know that the raise and 3-bet are coming from the nittiest player you’ve ever met, you could reconsider. But, as a general rule of thumb, if you have a big slick and an option, always raise to build the pot.

There are hands in Hold’em you can use to try and trap your opponents, but Ace-King isn’t one of those hands. You don’t want to play AK in a way that allows four other players to see the flop with you if you can help it.

This hand flops well, but flopping top pair / top kicker isn’t nearly as strong against multiple opponents as it is against a single player. Furthermore, if you don’t put out some bets and raises before the flop, you’ll have absolutely no idea what other players’ ranges look like.

If you decide to slow-play AK and end up stacking off on an A 10 8 board against 10-8 suited from one of your four opponents, the question you need to ask yourself is whether you did all you could to be in a better situation. (The answer is usually “no”.)

If they paid your 20 big blinds squeeze with this hand, then there is nothing to worry about, and you will get them next time if they keep making such mistakes. But if you played it slow and just called someone’s raise for three big blinds and let everyone behind you in, you may get a hint of why this isn’t such a good idea after all.

Continuing on the above advice, if you do find yourself in the multi-way scenario, you need to be very careful. If you miss the flop, your default course of action should be to check and give up. This is especially true if there are more than two other opponents still active in the hand.

Against a single opponent, you’ll still be looking to c-bet and win a pot even when you miss entirely. This strategy will work a fair percentage of time as your opponent will likely miss as well, and you are the one with the initiative. Even if you face a bet from your opponent in a heads-up pot, you are likely to be ahead and can call at least once, which is not the case against multiple players.

In multi-way pots, though, the likelihood of someone catching a piece of the flop increases exponentially. People these days won’t fold a middle pair to a single bet on the flop, so by bluffing into several opponents, you’re likely bloating a pot that someone else is going to end up winning.

This isn’t to say that you have to give up 100% of the time when you whiff, of course. You’ll still be able to continue with some gutshots or decent backdoor draws, but you should proceed very carefully.