This month I had the chance to meet and interview Zach Gensler, who Is attempting to break the world record for the longest poker session ever played. It doesn’t hurt that he’s a nice guy from my old home state of Minnesota, and a big fan of iNinja Poker, but even if those things weren’t true, his story is interesting.

Just did an interview with @TimeTra38856673 about his world record attempt for longest poker session. Stop by Aria and say hi to him if you’re in the area. He’s going to be there awhile… pic.twitter.com/n1A9tR60nU

Zach was in Vegas this month to play an 80-hour session to get ready for his record breaking attempt in late June. Yes, you read that right, 80 hours was just a warm-up! The record currently stands at 115 hours, a mark set by Phil Laak in June of 2010 at the Bellagio here in Vegas. Zach seems confident that he will break that record this summer, and after speaking with him during his training session, I think he’s a favorite to set the record. Before we cover what Zach is doing, let’s look at the mechanics involved of setting a Guinness World Record. 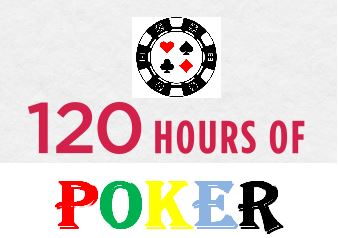 The first thing you have to do is pay around $12,000 for a judge to come over from Europe and adjudicate the record. If everything you did was within the rules and you break the record, the judge will declare you the record holder right then and there. It seems like a big number, but what is immortality worth? Can you say that you hold an official world record? I’ve found a lot of people online claiming longer sessions, but no one knows if they are true. We know Laak’s record is legitimate because a Guinness judge was there and it’s listed on their website.

Then, you must play poker continuously for more than 115 hours. I personally couldn’t come anywhere close to this mark. When I was younger there were definitely some 30-hour sessions, but these days I’m just not sharp after more than 12 hours and being awake for that long sounds awful. Zach will be allowed a five-minute break every hour, and he can save up a few of those breaks if he doesn’t always use them. This might allow him a 15-minute nap at some point, which could be enough REM sleep to really help him plow through to the end. 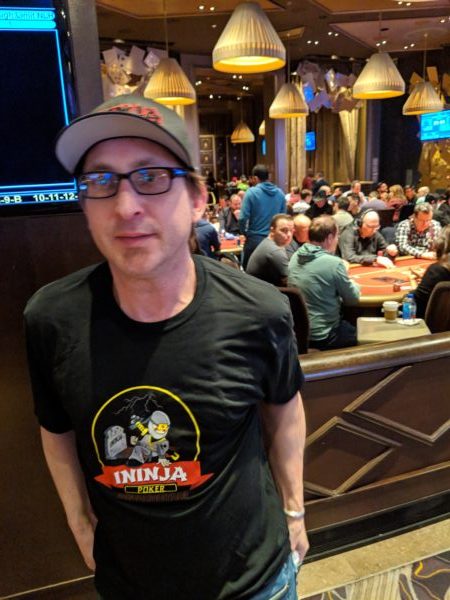 Zach Gensler at the Aria poker room in Las Vegas

For the record to be recognized, you also must play with new players every four hours. It can not be the same opponents for longer than that. I’m not sure why that rule is in place, but that’s what Guinness says, so that’s what he must do. Laak had a bunch of friends show up and swap in and out throughout the game, but Zach wants to do it against random opponents who may not even know about the record attempt. I stopped by his table at hour 33 at the Aria last week during his training session and no one at the table seemed to know that he had even been playing that long.

Zach’s hope is that he can find a poker room that wants to help him with his record attempt, but while Aria has expressed interest, they say they are too busy during the WSOP when Zach is hoping to break the record. If you know a poker room that wants to be part of this record attempt, have them contact me and I’ll put them in touch with Zach. Somewhere in Vegas would be preferred.

How Does One Survive Without Sleep?!

I did some research on sleep deprivation and performance before I went to meet with Zach and learned some interesting things. Zach has done this kind of thing before, including some very long poker sessions and other long periods without sleep, so he will probably feel these effects less than you or I might. There is probably some natural ability as well, which Zach believes he has. This certainly jives with research that shows that some people need drastically less sleep than others.

What I learned was that after 72 hours most people simply can not stay awake. They start to have 30-second micro-bursts of sleep, become very irritable, make lots of mistakes, and often start to hallucinate. The desire for sleep becomes very powerful at the three-day mark. But at 80 hours, Zach says he was in pretty good shape. At 33 hours when I interviewed him, he seemed no different than I would be after a six-hour session.

It looks like @TimeTra38856673 is going to make it his first goal of 80 hours in his training to break the world record for longest cash game session later this year. Here’s a short interview I did with him at the 33 hour mark. pic.twitter.com/W6s6HjN8I2

I think this feat is similarly equivalent to free divers who can hold their breath for long periods of time. If I don’t breathe for 10 minutes, I will almost certainly die. But free divers have successfully held their breath with no apparent long-term damage for more than 22(!) minutes. Training and natural ability have a big effect on what the body can handle. While Zach has not done any kind of formal training for this attempt, he has certainly had a lot of practice and seems to have some natural ability.

My best guess — and I’m not a scientist or a doctor — is that Zach will complete the 120-hour session and achieve the new world record. It seems very important to him to be a part of poker history, and he really loves the game. I think that by the 100-hour mark he will be seriously impaired, probably not playing very well, possibly having trouble reading his opponents’ facial expressions, and that his mistake rate will soar. But if he plays tight and solid, which seems to be his personality, I think he will be fine. His 80-hour practice session ended in a profit of over $1,500, so he could technically fold his way through the next 40 hours and still be up if he can match that performance when he goes for the record in June.

Laak reported rambling, being a bit lost, and some minor visual hallucinations. Another record breaker (though his attempt doesn’t seem to have been verified by Guinness), Barry Denson, reported aural hallucinations, believing that there were children playing loudly near the slot machines close to the table when there were no children nearby. Denson’s record attempt made it to 120 hours, though I couldn’t find official verification of this anywhere.

In my search for the official records, I did find some odd, poker-related, records. My favorite was the world record for the largest strip poker tournament, which had 196 participants and was held by Paddy Power in 2006. Well, it was my favorite until I did some, ahem, “research” and found some video of the event. Most of the participants were men, and the final video after the winner was crowned might reveal a bit more of the winner John Young, than you are prepared to see. Unless 115 hours of poker causes him to lose his mind, I assume Zach will keep his clothes on after he breaks the record.

My biggest concern for Zach will be his recovery after the attempt. Research shows that your immune system is in real trouble after a few days without sleep, and a poker room is a great place to be exposed to every possible airborne illness. He will need a lot of sleep after the record, and I’m hoping that he doesn’t wake up fighting off two different colds and a case of the summer flu.

I slept 14hrs after my Marathon Poker https://t.co/ZmB5DDpp8J I’m eat buffet at ARIA hydrating and enjoying Life!I feel good and will be owning the World Record for Longest Marathon Poker play.I love poker for charity!

Even if he does get sick, Zach will probably say that it was worth it. He doesn’t have a bracelet or a WPT title, or even any TV time. He doesn’t have big results on Hendon Mob, or his face on the cover of a magazine either. But if he is successful, he will be a part of poker history.