For It’s 1, 2, 3 things in Common between Baseball and Poker

The only thing I love more than poker is baseball. Oh, and Megan Fox. Unfortunately, I couldn’t figure out what Ms. Fox has in common with poker so you’ll get the next best thing. As a lifelong avid fan of baseball and 11-year poker player, I’d like to think I know a thing or two about both games. 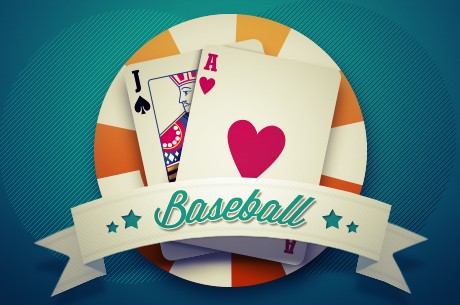 Among many other things, I know that baseball and poker are different in many ways. For example, baseball requires physical talents such as athleticism, the ability to throw a ball with rapid velocity, and tremendous coordination. The only physical talents a poker player needs are the ability to stay awake during long sessions at the table, have the strength to carry a one-pound rack of chips to the cashier, and avoiding giving away physical tells to opponents.

Baseball is a sport that only talented athletes can excel at. Poker, by contrast, is a game seemingly played mostly by those who didn’t excel at sports. But despite the differences between baseball and poker, there are plenty of things these games have in common.

It’s a Marathon, Not a Sprint

We poker players know this very well. We’ve all been in a tournament with a card-catching donkey who racks up a massive stack the first few blind levels and then makes a few horrible decisions to bust before reaching the money. The donkey feels on top of the world, gaining false confidence that he is the best player at the table, before being served up a heavy dose of reality soon after.

As a die-hard Kansas City Royals fan, I’ve learned all about how meaningless short-term success truly is. “We” (I always use the term “we” in reference to my teams because I can; deal with it) have the worst organization in baseball. But it seems that every couple of years we go on a great 15–20 game run that gives us fans false hope. Then, the team proceeds to lose 10 in a row and our season is over. Baseball is a 162-game marathon. Bad teams have good stretches. Good teams have bad stretches. But it’s the good teams that ALWAYS come out on top in the end. In poker, it’s the good players that always profit in the long run.

If you ask a casual baseball fan to explain “talent”, they’ll probably give you responses such as “hits for a high batting average”, “hits home runs”, “throws 100 miles per hour”, etc. Those are all accurate ways of describing talent. But there is another aspect of the game that is equally important, namely mental toughness.

Don’t be fooled – mental toughness IS talent in baseball. If you lack mental toughness, you’ll never reach your full potential, even if you’re a 5-tool player. I could name a dozen physically gifted baseball players who never amounted to much because they were mental midgets.

As mentioned in this article’s introduction, we all know that poker players don’t have to be athletic. The true talent in poker is mental toughness. You can be incredibly skilled at reading hands but that hand-reading ability will be useless if you melt down after every bad beat. The best poker players are tough mentally. Go watch Phil Ivey take a bad beat. What’s his reaction almost every time? Pretty much the same as when he wins a big pot. Any guesses as to why he’s the best poker player on the planet?

Staying in Shape Helps Your Game

While being athletic certainly isn’t a necessity for poker players, the best poker players are at least somewhat in-shape. Why is that? Because exercise and healthy eating habits are directly related to mental toughness.

Take a look at the top poker players (Ivey, Negreanu, Mercier, Forrest, etc.). While most of these guys probably couldn’t hit the ball out of the infield off a tee, they all look like they take care of themselves. When I see a morbidly obese guy sit down at my poker table, I feel confident that I’m going to get his chips as fast as he can complete a Man vs. Food challenge.

It goes without saying how important it is for a baseball player to stay in shape. I’ve watched many talented Royals players lose ability with every pound they gained. We had a pitcher with great stuff about 10 years ago named Runelvys Hernandez. We later referred to him as “Runelephant” because his career fell apart as fast as his stomach grew. What a waste of talent he was.

Obviously there are plenty of other parallels between baseball and poker. Which other ones can you think of? Let us know in the comments below or on our Facebook page.