Home POKER OP-EDS Will the GPL Cause Webcam Online Poker Play to Take Off?
POKER OP-EDS

Will the GPL Cause Webcam Online Poker Play to Take Off?

Recently the Global Poker League (GPL) debuted in style, with teams of the best players from across the world going head-to-head with one another. The action is live streamed on Twitch, thus “sportifying” the game we all know and love and shifting it to more of a fan-based experience. The style and format of the games are interesting, but among the things that stick out, specifically about the heads-up matches, is how informative and fun it is to watch the players react and comment on webcam.

In particular, Daniel ‘Jungleman’ Cates of the Berlin Bears epitomized the incredible potential that comes with webcam poker play. He was funny and entertaining, while at the same time providing some great and informative insights into his play.

I was wondering, though, if the surge of interest the GPL has created might finally popularize webcam online poker play? Considering that the GPL is still in its infancy, that’s anyone’s guess. Yet, it might just be a first step.

What Are the Benefits of Using Webcams for Online Poker?

On the surface it would seem as though webcams and online poker are destined to go hand-in-hand. Being able to see your opponent by definition lets you gauge their reactions, look for ‘tells’, and read their faces. Naturally, it also adds a social aspect to playing, as you’re interacting with actual people – just like in a home game or live poker room – as opposed to faceless entities.

Some online casinos, such as Paddy Power, have incorporated webcams into their casino games so that players can interact with the dealer – and that move has been highly successful, with millions of players enjoying live casino games online.

Poker operators stand to benefit from webcam online poker, as it helps them clamp down on (or altogether eliminate) bots and catch multi-accounters. Of course, increased online poker security is always a good thing.

Why Are Webcams Unpopular in Online Poker?

Despite the aforementioned benefits, webcam online poker remains relatively unpopular. Quite a few online poker operators have tried it out in the past, and the reactions have varied from being mixed to overwhelmingly negative.

The reason for this is simple: It tends to come off as an invasion of privacy. In general, online poker players are accustomed to being able to play while wearing (or not wearing) whatever they want, as well as eating, drinking, or doing anything else they please. Requiring a webcam to play pretty much puts an end to most of that, and people cherish their freedom.

Can the GPL Change the Prevailing Attitude to Webcams?

In my opinion, as entertaining as the GPL’s debut has been, it probably isn’t going to cause a paradigm shift. In fact, it is unlikely to alter the opinions of the online poker players who are already steadfast in their opposition to it in the first place. People are pretty darn resistant to change; poker players in particular.

With that said, what the GPL may be able to do is begin to popularize online webcam poker play to poker players who haven’t yet played online, who’d still be open to using webcams. Broadcasting the heads-up matches to a growing audience may make attractive to new players the idea of playing online poker heads up with a webcam, especially if promoted and marketed by the commentators.

What Needs to Be Done to Popularize Webcam Poker?

Beyond the GPL though, it would take a much more concerted effort by the major online poker operators to truly popularize webcam poker. More innovative events that incorporate webcam play would be required, and live streaming the final tables of these events on Twitch would be a positive step too.

There seems to be a lot of effort being invested these days in trying to innovate in poker and make the game more fun. I think that the only real way for webcam poker to catch on is if it’s marketed to the home game crowd. In other words, when you and your buddies can’t necessarily get together in person to play, you’d still be able to log in from anywhere in the world and see each other seated around the virtual table. Now THAT’S something I’d love to try! 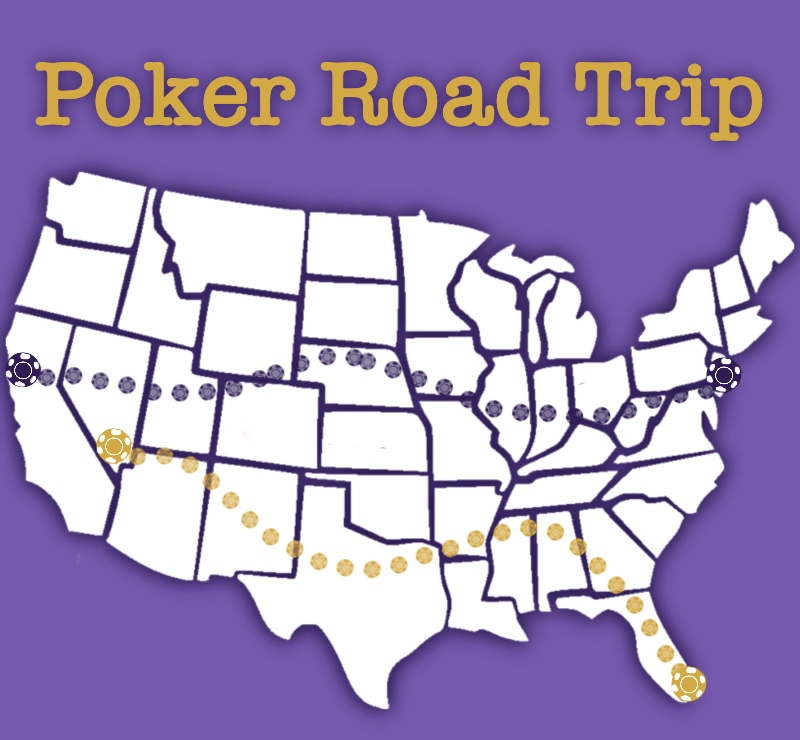